Oil prices are lower overnight after a surprisingly large crude inventory build reported by API. The energy complex was not helped by comments by President Trump that the COVID-19 outbreak in the U.S. will probably worsen before improving.

“Everything seemed to rise in the commodity world yesterday as part of the reflation trade,” said Giovanni Staunovo, an analyst at UBS Group AG in Zurich.

“But today oil fundamentals are taking control again, and a likely crude inventory build in the U.S. doesn’t fit in the story of an undersupplied market.”

After API reported a 7.54mm build in US crude stocks, oil bulls are focused intently on the official data expecting a 2.1mm draw still. However, while not as large as the API build, DOE reports a 4.892mm build in crude, another build at Cushing, a surprise build in distillates, and a slowing drawin gasoline… 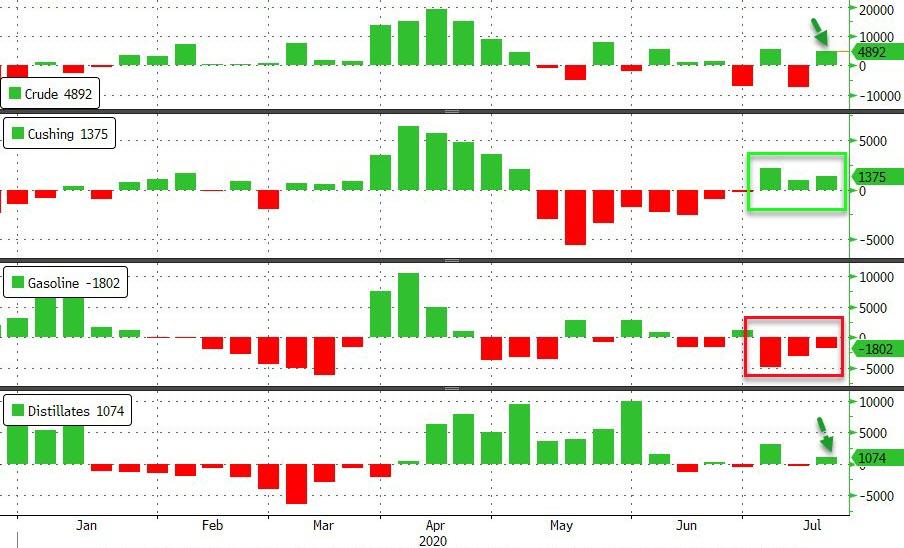 Additionally, as Bloomberg’s Sheela Tobben reports, U.S. crude oil exports may be under downward pressure as China is now facing new troubles that might curb its interest for American. The Asian nation was struggling with bulging inventories and port jams after a recent crude binge, while battling a new wave of the Covid-19 pandemic. This month, heavy rains have resulted in severe floods, threatening run cuts at the country’s top refiner.

Total US distillates inventory has soared to its highest since 1982… 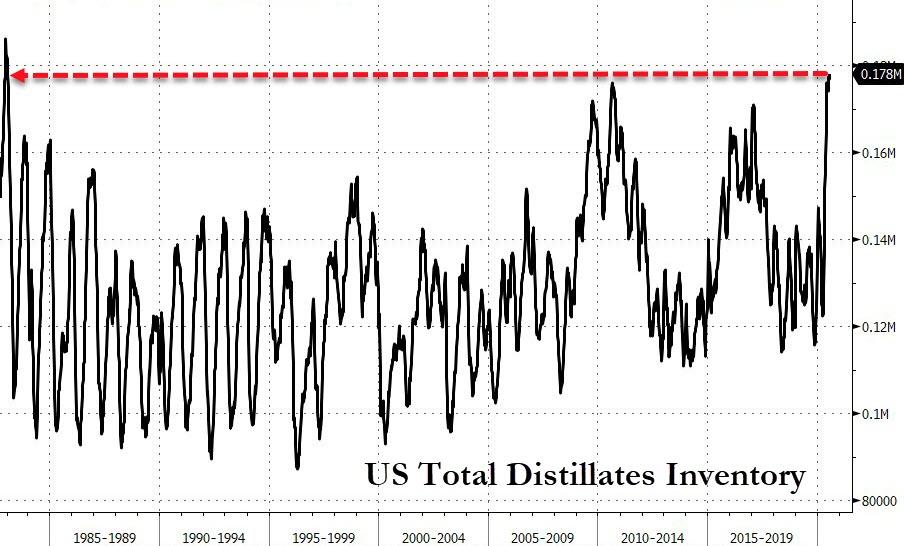 US crude production has stabilized along with the decline in rig counts for the last few weeks, and rose modestly in the last week… 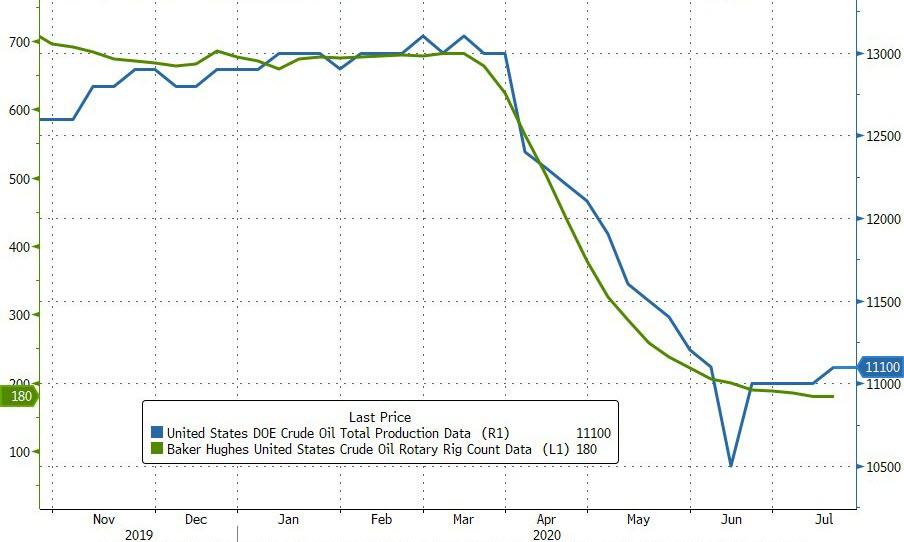 The unexpected crude build and slowing product draws suggests that U.S. producers jumped back too fast, particularly if the recent rise in coronavirus cases further curbs demand just as the U.S. exits its peak gasoline-demand season.

WTI prices remain lower on the day, chopping lower then higher after the initial DOE print… 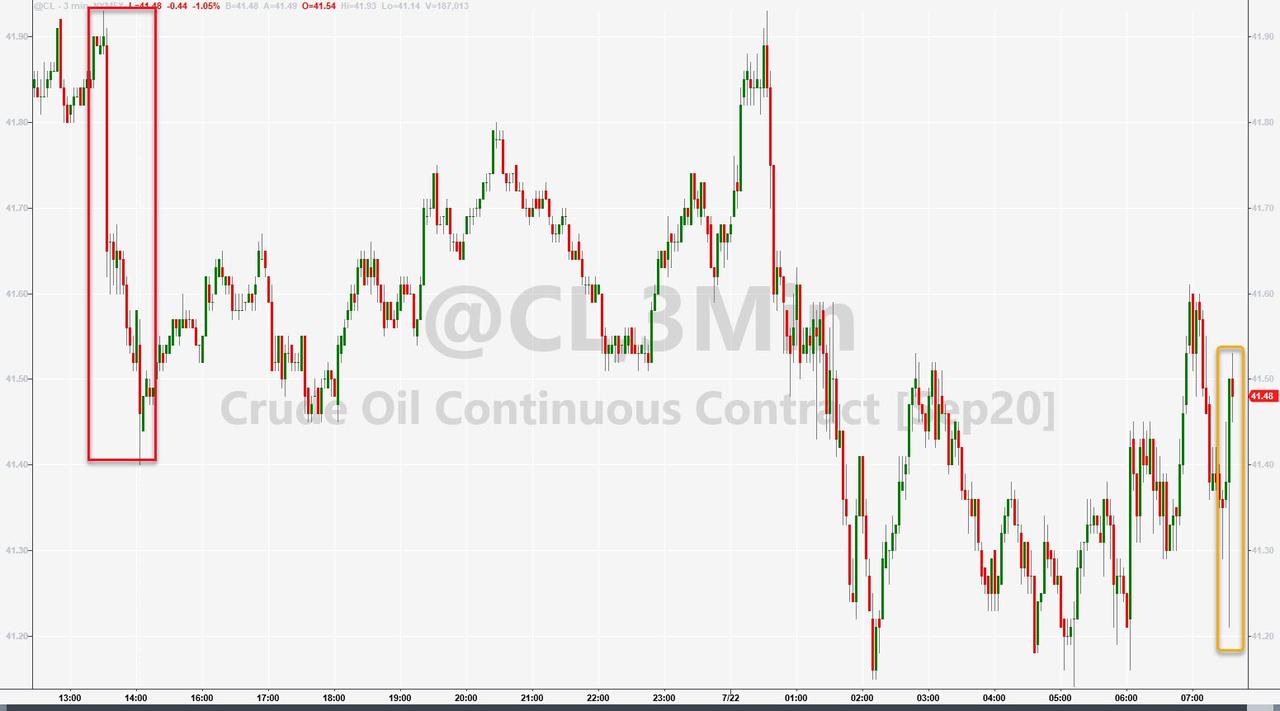 As a reminder, OPEC+ is due to start resuming some supplies next month, tapering the record production cutbacks implemented to offset demand losses inflicted by the coronavirus. Nonetheless, there are signs the alliance will be careful.