The world has entered a critical period, as depression unfolds, a virus pandemic rages, socio-economic chaos will flourish to unmanageable levels for governments and central banks.

UN secretary-general, Antonio Guterres, warned Tuesday that the world is on the brink of the worst food crisis ever witnessed in the post-World War II era.

“Unless immediate action is taken, it is increasingly clear that there is an impending global food emergency that could have long term impacts on hundreds of millions of children and adults,” he said in a video message on Tuesday. “We need to act now to avoid the worst impacts of our efforts to control the pandemic.”

Guterres pointed out that millions were already suffering from hunger and malnutrition before the pandemic. Now a public health crisis, coupled with a worldwide depression, has triggered a perfect storm of extreme poverty and hunger that could generate a sustained period of social unrest.

Read: “A Quarter Of Americans Skipped Meals Or Relied On Food Banks During Virus Lockdowns”

He said countries with abundant food supplies could be at risk for disruption. Already, the US has seen some meat and food processing plants shutter operations due to virus-related reasons, resulting in shortages of certain food products and rising food inflation.

“Our food systems are failing, and the COVID-19 pandemic is making things worse,” he said.

Maximo Torero, the chief economist of the UN Food and Agriculture Organization, said the world’s global food system is under unprecedented threat, never before seen in recent memory, as lockdowns limited people’s ability to harvest and buy and sell food.

“We need to be careful,” Torero said. “This is a very different food crisis than the ones we have seen.”

Also released on Tuesday was the UN report titled “The Impact of COVID-19 on Food Security and Nutrition” — was an expanded warning of Guterres’ video message.

WHO notes the highest risk areas for a food crisis breakout 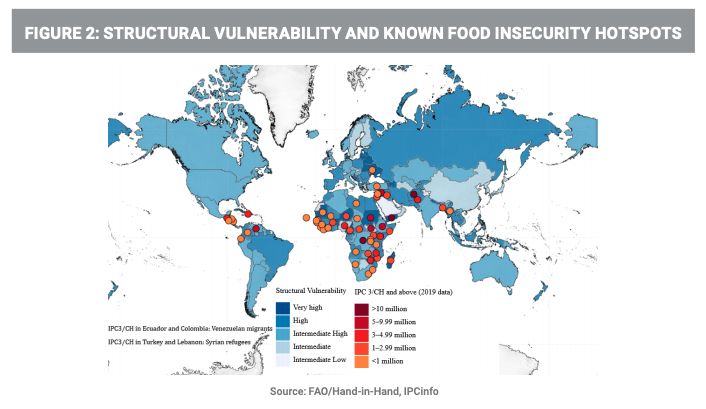 “The Covid-19 crisis is attacking us at every angle,” said Agnes Kalibata, the UN secretary general’s special envoy for the 2021 food systems summit. “It has exposed dangerous deficiencies in our food systems and actively threatens the lives and livelihoods of people around the world, especially the more than 1 billion people who have employment in the various industries in food systems.”

WHO states a “triple menace” is playing out in East Africa: COVID-19, Locusts, and heavy rains.

Read: “A ‘Biblical’ Locust Plague Has Put Millions On Brink Of Famine” 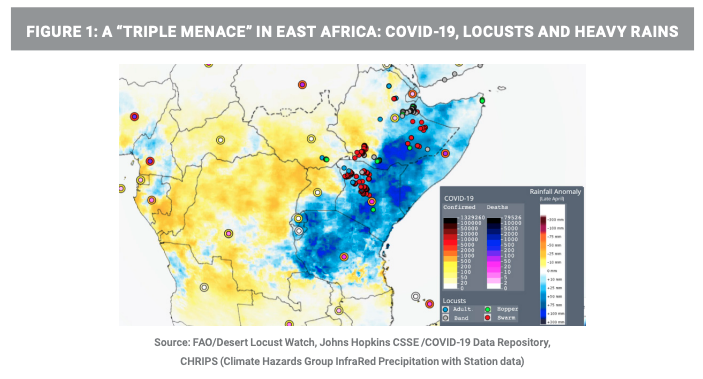 To make matters worse for Africa, in the western part of the country, another “triple threat” is playing out of COVID-19, Ebola, and Measles, along with months of armed conflict.

If the global food crisis worsens, there’s going to be a lot of hangry people out there that governments and central bankers just can’t simply print food like they can print money.