Authored by Andrew Korybko via OneWorld.press,

The US is ruthlessly waging an intense Hybrid War on Russian energy interests in Europe by targeting the Eurasian Great Power’s relevant projects in Germany, Belarus, and Bulgaria, banking on the fact that even the partial success of this strategy would greatly advance the scenario of an externally provoked “decoupling” between Moscow and Washington’s transatlantic allies. 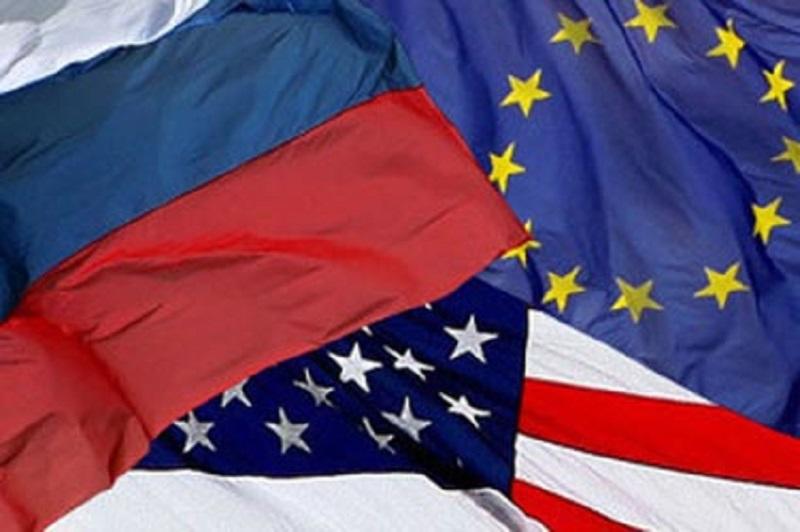 The Newest Front In The New Cold War

The New Cold War is heating up in Europe after the US intensified its Hybrid War on Russian interests there over the past two months. This proxy conflict is being simultaneously waged in Germany, Belarus, and Bulgaria, all three of which are key transit states for Russian energy exports to the continent, which enable it to maintain at least some influence there even during the worst of times. The US, however, wants to greatly advance the scenario of an externally provoked “decoupling” between Moscow and Washington’s transatlantic allies which would allow America to reassert its unipolar hegemony there even if this campaign is only partially successful. This article aims to explore the broad contours of the US’ contemporary Hybrid War strategy on Russian energy in Europe, pointing out how recent events in those three previously mentioned transit states are all part of this larger plan.

From north to south, the first and largest of these targets is Germany, which is nowadays treating Russian anti-corruption blogger Navalny. The author accurately predicted in late August that “intense pressure might be put upon the authorities by domestic politicians and their American patrons to politicize the final leg of Nord Stream II’s construction by potentially delaying it as ‘punishment to Putin’”, which is exactly what’s happening after Berlin signaled that it might rethink its commitment to this energy project. America isn’t all to blame, however, since Germany ultimately takes responsibility for its provocative statements to this effect. Dmitri Trenin, Director of the Carnegie Moscow Center, published a thought-provoking piece titled “Russian-German Relations: Back To The Future” about how bilateral relations will drastically change in the aftermath of this incident. It’s concise and well worth the read for those who are interested in this topic.

The next Hybrid War target is Belarus, which the author has been tracking for half a decade already. After failing to convince Lukashenko to break off ties with Russia after this summer’s Wagner incident, a Color Revolution was then hatched to overthrow him so that his replacements can turn the country into another Ukraine insofar as it relates to holding Russian energy exports to Europe hostage. The end goal is to increase the costs of Russian resources so that the US’ own become more competitive by comparison. Ultimately, it’s planned that Russian pipelines will be phased out in the worst-case scenario, though this would happen gradually since Europe can’t immediately replace such imports with American and other ones. “Losing” Belarus, whether on its own or together with Nord Stream II, would deal a heavy blow to Russia’s geopolitical interests. Countries like Germany wouldn’t have a need to maintain cordial relations with it, thus facilitating a possible “decoupling”.

That’s where Bulgaria could become the proverbial “icing on the cake”. Turkish Stream is expected to transit through this Balkan country en route to Europe, but the latest anti-government protests there threaten to topple the government, leading to worries that its replacement might either politicize or suspend this project. Azerbaijan’s TANAP and the Eastern Mediterranean’s GRISCY pipelines might help Southeastern Europe compensate for the loss of Russian resources, though the latter has yet to be constructed and is only in the planning stages right now. Nevertheless, eliminating Turkish Stream from the energy equation (or at the very least hamstringing the project prior to replacing/scrapping it) would deal a death blow to Russia’s already very limited Balkan influence. Russia would then be practically pushed out of the region, becoming nothing more than a distant cultural-historical memory with close to no remaining political influence to speak of.

The overarching goal connecting these three Hybrid War fronts isn’t just to weaken Russia’s energy interests, but to replace its current role with American and other industry competitors. The US-backed and Polish-led “Three Seas Initiative” is vying to become a serious player in the strategic Central & Eastern European space, and it can achieve a lot of its ambitions through the construction of new LNG and oil terminals for facilitating America’s plans. In addition, artificially increasing the costs of Russian energy imports through political means related to these Hybrid Wars could also reduce Russia’s revenue from these sources, which presently account for 40% of its budget. Considering that Russia’s in the midst of a systemic economic transition away from its disproportionate budgetary dependence on energy, this could hit Moscow where it hurts at a sensitive time.

The Ball’s In Berlin’s Court

The linchpin of Russia’s defensive strategy is Germany, without whose support all of Moscow’s energy plans stand zero chance of succeeding. If Germany submits to the US on one, some, or all three of these Hybrid War fronts in contravention of its natural economic interests, then it’ll be much easier for America to provoke a comprehensive “decoupling” between Russia and Europe. It’s only energy geopolitics that allows for both sides to maintain some sense of cooperation despite the US-encouraged sanctions regime against Russia after its reunification with Crimea and thus provides an opportunity for improving their relations sometime in the future. Sabotaging Russia’s energy interests there would thus doom any realistic prospects for a rapprochement between them, but the ball’s in Berlin’s court since it has the chance to say no to the US and ensure that the German-Russian Strategic Partnership upholds Europe’s strategic autonomy across the present century.

For as much as cautiously optimistic as many in the Alt-Media Community might be that the US’ Hybrid War on Russian energy in Europe will fail, the facts paint a much more sobering picture which suggests that at least one of these plots will succeed. Should that happen, then the era of energy geopolitics laying the foundation for Russian-European relations will soon draw to a close, thereby facilitating the US’ hoped-for “decoupling” between them, causing budgetary difficulties for Moscow at the moment when it can least afford to experience such, and pushing the Eurasian Great Power’s strategic attention even further towards Asia. The last-mentioned consequence will put more pressure on Russia to perfect its “balancing” act between China and India, which could potentially be a double-edged sword that makes it more relevant in Asian geopolitical affairs but also means that one wrong move might seriously complicate its 21st-century grand strategy.