US Spying On “Allies” Spoils Bidens Set-Piece Visit To Europe

Via The Strategic Culture Foundation,

American President Joe Biden flies to Europe next week for a series of major summits in what was being billed as a happy revival for the transatlantic alliance. Four years of bitter and divisive chaos under Trump were supposed to be sutured by the new president declaring the importance of a strong U.S.-European partnership and “shared values”.

Unfortunately for Biden, the scandal over U.S. spying on European governments looks like casting a shadow on the “happy family reunion”. What’s more, this American president is fully implicated in the illicit snooping. 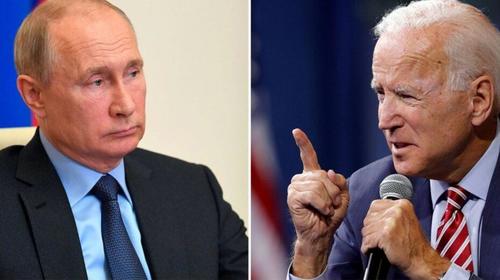 The timing also upsets Biden’s attempt to burnish America’s image as a defender of “rules-based order” and “shared Western values” when he meets Russian leader Vladimir Putin in Geneva for their first face-to-face presidential summit.

Several European media outlets published reports last week on how Denmark’s intelligence services were spying on European neighbors on behalf of the American National Security Agency. The illegal surveillance is said to date back to 2013 when Barack Obama was in the White House and Joe Biden was his vice president. Whistleblower Edward Snowden, who formerly worked as a contractor for the NSA and who is now in exile in Russia to avoid persecution in the United States, claims that Biden was closely involved in the surveillance operations.

There was stunned silence among the European governments last week when the reports emerged. However, this week several leaders, including Germany’s Chancellor Angela Merkel and French President Emmanuel Macron, have become more vocal in denouncing the reports of American spying as “outrageous” and “unacceptable”.

When Biden attends the G7 summit in England on June 11-13 and the NATO meeting in Brussels on June 14, his first in-person encounter with allies since becoming president will be strained by awkward questions about the reported U.S. tapping of private communications.

As Danish defense analyst Peter Viggo Jakobsen drily observed: “This is an embarrassing matter for the Americans. Joe Biden must try to find a grimace useful for sweeping this under the carpet.”

The Europeans bear some of the shame too. For their embarrassment stems from them being seen in the eyes of their own citizens as pathetic vassals under American domination.

Indeed, the latest reports of illicit spying on allies are hardly new. Snowden revealed as far back as 2013 that the Obama administration was tapping Merkel’s private phone conversations. Snowden also revealed that the British intelligence agency, GCHQ, has been acting as Washington’s ears and eyes over Europe for many years.

And as our columnist Ron Ridenour commented in Strategic Culture Foundation this week, the Danish intelligence services have been colluding with the American NSA for decades to spy on Danish citizens and European governments. In an article we published back in January 2021 – five months before the latest media furore – Ridenour explained how Denmark has been “serving U.S. wars for three decades”, including by facilitating illegal surveillance across Europe.

See also his investigative report published in December 2020 in which he commented: “Denmark’s military allows the United States National Security Agency (NSA) to spy on the nation’s Finance Ministry, Foreign Ministry, private weapons company Terma, the entire Danish population, and Denmark’s closest neighbors: Sweden, Norway, France, Germany and the Netherlands. Information that the NSA acquired, with the aid of Denmark’s Defense Intelligence Service (FE) under the command of the Defense Department, was used to convince the government to buy Lockheed Martin’s Joint Strike Fighter F-35 capable of carrying nuclear weapons, albeit Denmark forbids the possession of nuclear weapons on its territory.”

So, the latest scandal is actually an old – if under-reported – story of malign conduct by the Americans towards their European allies, and often with European assistance against their own citizens and neighbors. In this context, European leaders will scarcely be surprised by the supposed latest revelations. There is good reason to believe that all European intelligence agencies are in bed with their American counterpart.

What the Europeans are obliged to do at the forthcoming summits with Biden is to put on a public show of indignation and protest.

Not so much to actually challenge the American leader but to try to appear as less than mere vassals in the eyes of their own citizens.

In other words, the U.S. spying and European collusion will continue into the future. There will be no stopping the intrusion any time soon. Because European governments and their political establishments are not independent of American power. That is reflected in the way the European Union abjectly acquiesces to a reckless and criminal U.S. policy of hostility towards Russia, China, Iran, and other nations.

The political benefit from the reports of U.S. mass espionage and European collusion is the empowering perspective it gives to European citizens and others around the world.

Almost with comic timing, Biden is to meet with Russian President Vladimir Putin on June 16 in Geneva only days after his embarrassing encounter with European vassals, er sorry, “allies”.

The White House and several U.S. lawmakers, as well as anti-Russian European lawmakers, were huffing and puffing that Biden would reproach Putin over allegations of the Kremlin’s malign conduct. Those allegations include Russian intelligence agencies and hackers interfering in Western democracies. How richly ironic! And for people willing to see the truth, how powerfully self-indicting of American and European actual malign conduct, as opposed to the baseless claims made against Moscow.