US And Its Allies Will Confront China, Demand Investigation During Tomorrows Annual WHO Summit

Since the coronavirus outbreak, the profile of the World Health Organization has skyrocketed, and so have suspicions about its motives and alliances. Which is why this year’s annual meeting of the organization’s members – which is slated to begin on Monday – should get interesting. 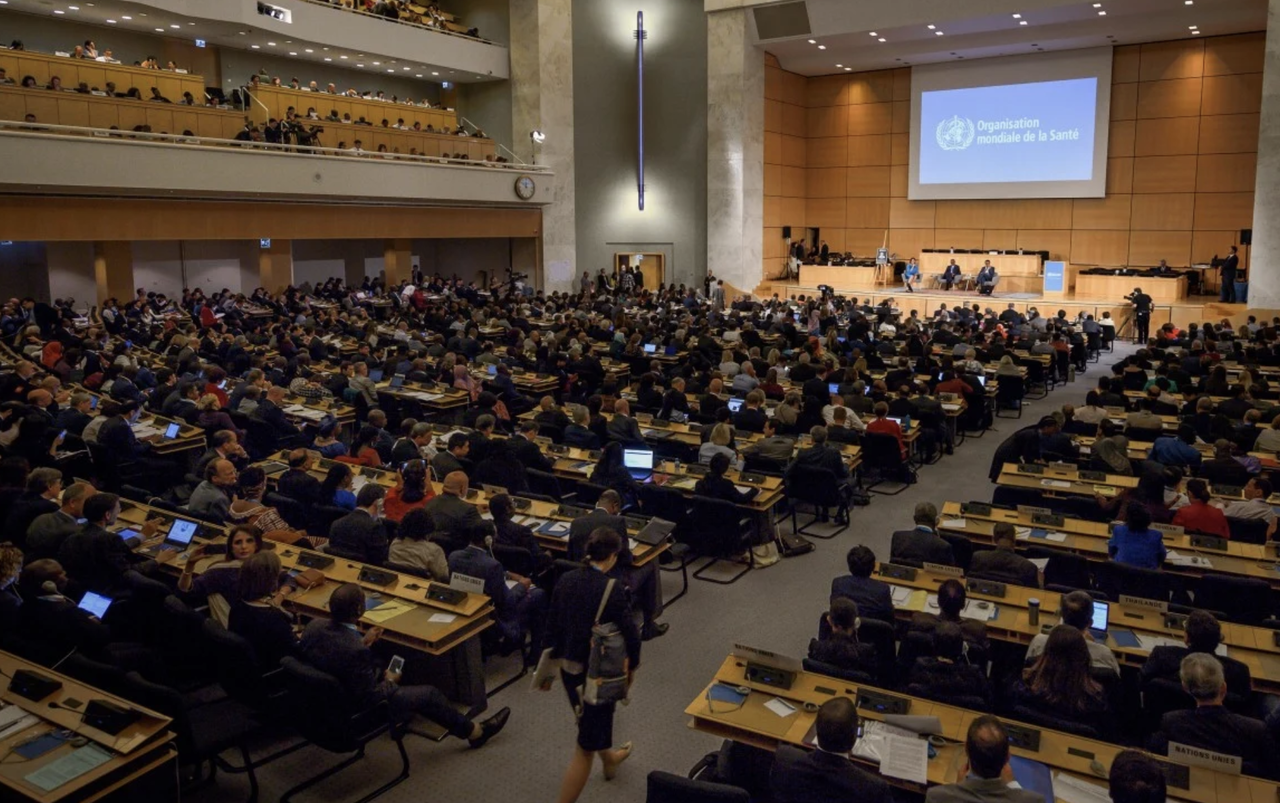 As the US, Australia and other skeptical western states are expected to confront China and about the possibility of an investigation into Beijing’s and the WHO’s handling of the outbreak during its earliest days.

The coronavirus will be the focus for the World Health Assembly meeting, to be attended by all 194 WHO member states plus observers, and where policies and budgets are reviewed and approved.

But all eyes will be on how countries – including the US, Australia, Canada, France and Germany – pursue an investigation into China’s handling of the pandemic within the framework of the global health body. That could include taking the Chinese government to the international court.

Leaders of these countries have already made clear that they want an inquiry, including investigating the origin of the virus, whether it was initially covered up by China, and if Beijing was slow to tell the world that the virus was being transmitted between humans.

The WHO has itself been under fire, attacked for praising China’s pandemic response as “transparent” despite Beijing’s suppression of whistle-blowers and information at the start of the outbreak.

Beijing has, of course, rejected accusations that it covered up the virus during the initial weeks after the outbreak, as well as claims the virus might have leaked or, worse, been purposefully released, by a biolab in Wuhan. And while the CCP has said it would support a WHO-led inquiry into the virus’s origins, it has simultaneously slammed Australia, the US and other countries that have insisted on an investigation in the face of Beijing’s reticence and obvious reluctance by accusing them of “politicizing” the outbreak (language that, like CCP criticism of phrases like “Chinese virus” and “Wuhan virus”, has found its way into the rhetoric of the American left).

However, hypothetically speaking, even if the WHO authorized an investigation, which stumbled upon some new evidence or a ‘smoking gun’ to suggest that China is much more culpable than initially believed, there’s little the WHO could do to hold China to account. Legally speaking, the WHO has the power to refer cases to the International Court of Justice in the Hague. However, China has already flouted the ICJ once, a gesture which underlined the fact that the ICJ has no power to enforce any of its decisions, as the SCMP reminds us.

The last time the Chinese government was sued in the international court was in 2016, when the Permanent Court of Arbitration ruled in favour of the Philippines over the South China Sea. It said Beijing’s territorial claims to the area lacked legal basis and were contrary to an international maritime convention. Beijing did not take part in the trial and has rejected the legitimacy of the ruling.

Thanks to its position as a permanent member of the UN Security Council, China is effectively immune to any kind of legal or police action from an international standpoint. A decision against China by the ICJ would require a vote by the Security Council to approve enforcement, a vote which China would obviously veto.

Another mechanism, though it has also never before been used (just like the WHO has never actually referred a case to the ICJ), is the International Health Regulations. Enacted and adopted by all WHO members in 2005, the IHR “suggests” – a key word – that all conflicts brought before the WHO should be resolved in a matter “related to its interpretation or application through negotiation, meditation and conciliation.”

But the IHR has already been repeatedly violated by almost every WHO member (travel restrictions are one example).

“The WHO has never taken another state to the ICJ, and I do not anticipate that,” said Steven Hoffman, professor of global health, law and political science at York University’s Global Strategy Lab in Toronto. “If it happens it will be unprecedented.”

“There are a lot of challenges as to how countries can successfully resolve disputes. Dozens of countries have violated regulations under the IHR in the Covid-19 pandemic and even back in the days during Ebola,” he said.

“When countries imposed targeted trade and travel restrictions on a particular country, it was already a clear violation of Article 43 of the IHR. There is no effective way to complain or seek recourse among countries. China has been subjected to such restrictions and in theory they can take those countries to the ICJ, but I also do not think they will,” he said.

With few obvious alternatives, politicians in the US have been pushing to pass a federal law that would allow plaintiffs to sue the Chinese state in US courts. Last month, Missouri became the first state to sue the Chinese government since the outbreak began. The lawsuit, filed in the US District Court for Eastern Missouri, alleges Beijing’s denials and cover-ups led to a pandemic that caused “enormous loss of life, human suffering and economic turmoil.” Republican Senators have introduced a bill that would allow US citizens to sue, potentially creating an avenue for those infected and the families of survivors to sue.

Gian Luca Burci, adjunct professor of international law at the Graduate Institute Geneva, said national lawsuits and unilateral actions by the US government would do more reputational than legal harm to China. “While there’s a low legal risk, there is a political and reputational risk here,” he said.

“Negative repercussions could be multifarious and damaging. China is concerned that there will be any kind of international investigation – China would have to consent to one, but it is not clear they would,” he said. “There is a need for a fact-finding mission to confirm what happened, and what went wrong, in China and around the world.”

Certainly, tomorrow’s meeting is bound to be unbelievably tense considering the continuing escalation between the US and China. The 73rd World Health Assembly begins Monday and will continue on Tuesday. We suspect it will draw far more interest from investors and the public than in years past.