Shares of Clover Health are down for the second day in a row after the company published a response to Hindenburg Research on its blog this morning. Yesterday, we noted that short seller Hindenburg released a critical report on SPAC Clover Health that was brought to the market by Chamath Palihapitiya. Hindenburg disclosed yesterday it had no position in Clover but rather was publishing so people could “understand the role short sellers play in exposing fraud and corporate malfeasance”.

“The alleged ‘report’ is rife with ad-hominem attacks, sweeping inaccuracies and gross mischaracterizations,” Clover wrote Friday morning. Later in the day Friday, Chamath sounded off about the report for the first time, accusing Hindenburg of “taking the cheap path of screaming into the ether”.

For those following $CLOV, trust the process and the facts. pic.twitter.com/AfSHhNVLSe

Hindenburg then responded in a Tweet late Friday stating: “The fact is we do “trust the process”; our own research process – and we didn’t need your help to find the same “truth” you should have already disclosed to $CLOV investors.”

The fact is we do “trust the process”; our own research process – and we didn’t need your help to find the same “truth” you should have already disclosed to $CLOV investors.

The main allegation of yesterday’s Hindenburg report, among other issues, was that Clover was in the midst of an undisclosed DOJ investigation. Based on this morning’s response from the company, this was accurate and, even better, Chamath knew about it. “Chamath and Clover were fully aware of the DOJ inquiry,” Clover wrote on Friday.

The company also claimed it felt the Department of Justice’s investigation was not material and didn’t need to be disclosed:

…we concluded that the fact of DOJ’s request for information was not material and was not required to be specifically disclosed in our SEC filings.

As heavily regulated organizations participating in Medicare Advantage, Clover and its peers receive frequent requests for information from regulatory bodies. These are typically confidential. We promptly respond to these requests as and when they come in. As the short selling firm points out, the DOJ also often reaches out to ex-employees, including by civil investigative demands, as part of their information-gathering process.

“At a minimum, we are pleased to see that now, for the first time, regular investors know what Clover and @chamath knew the whole time: that the company has been under active DOJ investigation,” Hindenburg responded early Friday morning.

We are preparing a response to $CLOV.

At a minimum, we are pleased to see that now, for the first time, regular investors know what Clover and @chamath knew the whole time: that the company has been under active DOJ investigation.

Additionally, Clover disclosed an SEC investigation letter that launched ostensibly as a result of yesterday’s report. “Chamath Palihapitiya-backed Clover Health Investments said Friday it received a notice of investigation from the Securities and Exchange Commission and that it intends to cooperate,” CNBC reported on Friday.

Hindenburg then released a response to Clover’s response on Friday, making several points about the company’s blog post. “The only people who didn’t know about the DOJ investigation into Clover were the public,” Hindenburg writes. “The idea that a DOJ investigation is non-material when Clover derives nearly all its revenue from the government is farcical.”

Hindenburg also pointed out that [Clover] “admits that its Clover Assistant software ‘resurfaces’ old diagnoses annually, even when doctors try to remove them.”

“We found it amusing that the company accused us of posturing as ‘white knight’ altruists for publishing a public interest piece,” Hindenburg wrote Friday, “especially given the comprehensive media tour Chamath has undertaken over the last 3 weeks. Clover is also, after all, the same company that released an investor presentation calling an investment in Clover’s SPAC a ‘once in a generation opportunity to do the right thing’.”

“We have no pecuniary interest in publishing our research on Clover, no short position in Clover stock and/or options, nor have we or will we receive any monetary compensation for this work,” Hindenburg wrote. 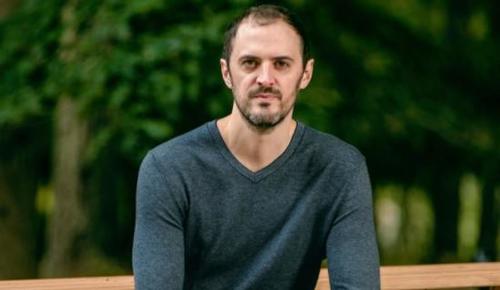 “But while we agree with the ideals being supported by Chamath, we’re also skeptics by nature. And we were intrigued to see a billionaire taking media calls from his mansion, making hundreds of millions of dollars selling SPACs to retail investors, all while positioning himself as the de facto leader of the average Joe,” the report says.

“Since then, while Chamath has seemingly taken every opportunity available to present himself as a beacon of rigorous due diligence and Wall Street know-how, our 4-month investigation led us to conclude that Clover Health’s culture is rooted in deception and has taken every opportunity to push or break the rules to mislead its customers, investors, and Medicare.”

And while Chamath encourages people to follow the facts and the truth, some investors on social media might be doing just that:

The “facts” are simple. He did no work. He collected hundreds of millions of $$$ of fees. The company scammed the government out of millions of $$$ and chose to use a SPAC to go public because if it had done an IPO it would have had to disclose the active DOJ investigation$CLOV https://t.co/DDYySnZ2l1