These Are The Banks With Most Energy Exposure 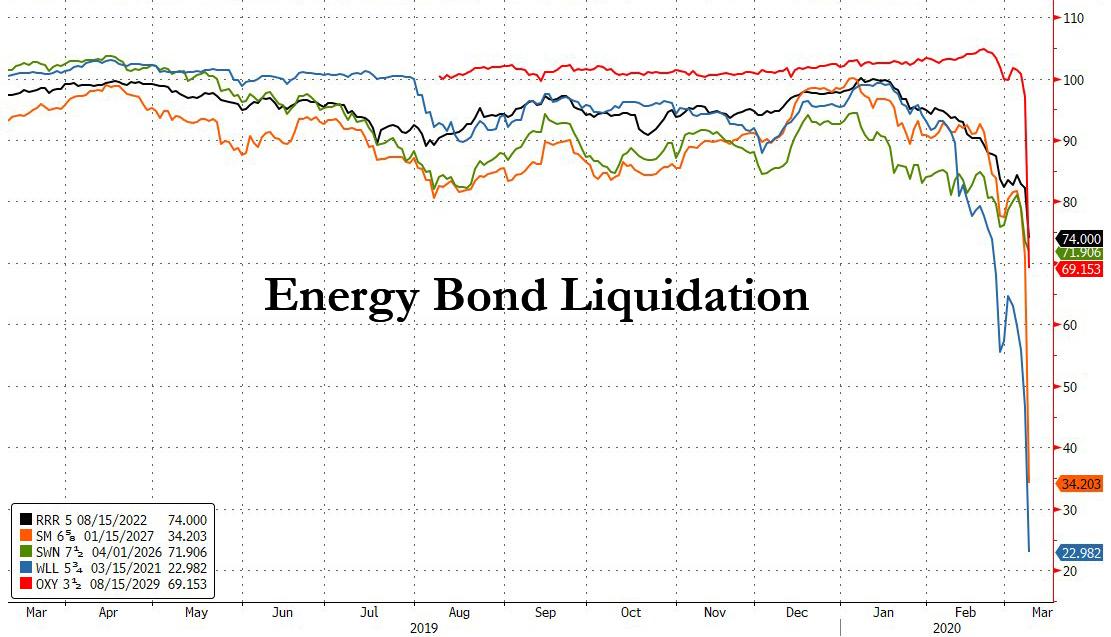 … amid a (long-overdue) investor revulsion to the highly levered energy sector, much of which is funded in the high yield market, as crashing oil prices bring front and center a doomsday scenario of mass defaults as shale companies are unable to meet their debt and interest payment obligations, investor focus is shifting up the funding chain, and after assessing which shale names are likely to be hit the hardest, with many filing for bankruptcy if oil remains at or below $30, the next question is which banks have the most exposure to the energy loans funding these same E&P companies.

Conveniently, in a note this morning looking at the impact of plunging interest rates on bank profitability, Morgan Stanley also lays out the US banks that have the highest exposure to energy in their Q4 loan books.

So without further ado, here are the US banks that stand to suffer the most if a wave of defaults his the shale patch: 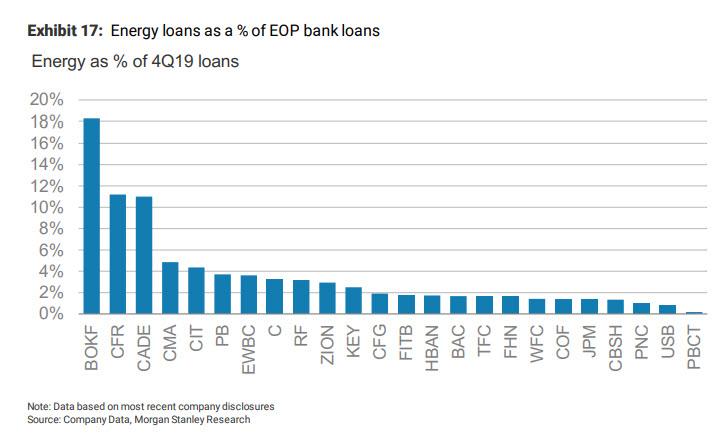 Morgan Stanley was diplomatic enough to frame these banks only in the context of their loan exposure, suggesting (strongly) they would have to significantly boost their loan loss reserves, adversely impacting the bottom line:

Crude Oil collapsed 25% to ~$30 per barrel from Friday’s close post Friday’s OPEC+ meeting which ended without the anticipated production cut. This puts oil prices at much closer if not below breakeven for many US shale producers. Regions Financial, for example, underwrites to a stressed barrel of oil of $39.20. We assume that under the new accounting rule for CECL that banks will need to boost reserves for their oil and gas exposures during 1Q20 and 2Q20. We assume that the banks will increase their loan loss reserves against their energy portfolios to the levels reached in 1Q16 when oil prices were running at about $30. This lowers EPS in 1Q and 2Q 20, shown in Exhibit 19.

Assuming the shale situation is salvageable, Morgan Stanley then lays out the large and mid-cap banks that have the most loan exposure and will likely have to boost their reserves to the levels seen during the Q1 2016 energy crisis:

We pulled energy exposures for the Large Cap and Midcap banks to assess how much the lower oil prices could drive up provisions. We are using each bank’s most recent energy loan disclosure listed below. We assume that the banks today are holding a 1% reserve ratio against these exposures. We then looked at how much loan loss reserves banks held against energy loans in 1Q16,a time when oil prices were around $30 per barrel. We assume that the banks will need to increase their loan loss reserves against energy loans back to those 1Q16 levels in 1Q and 2Q this year,assuming oil holds at ~$30. This increase in loan loss reserves is a bit quicker than prior cycles, but since we are operating under the new Current Expected Credit Loss accounting model (CECL), banks will need to reflect life time losses for their oil exposures at an oil price today that is roughly half of what it was on December 31,2019 when it ended the year at ~$66 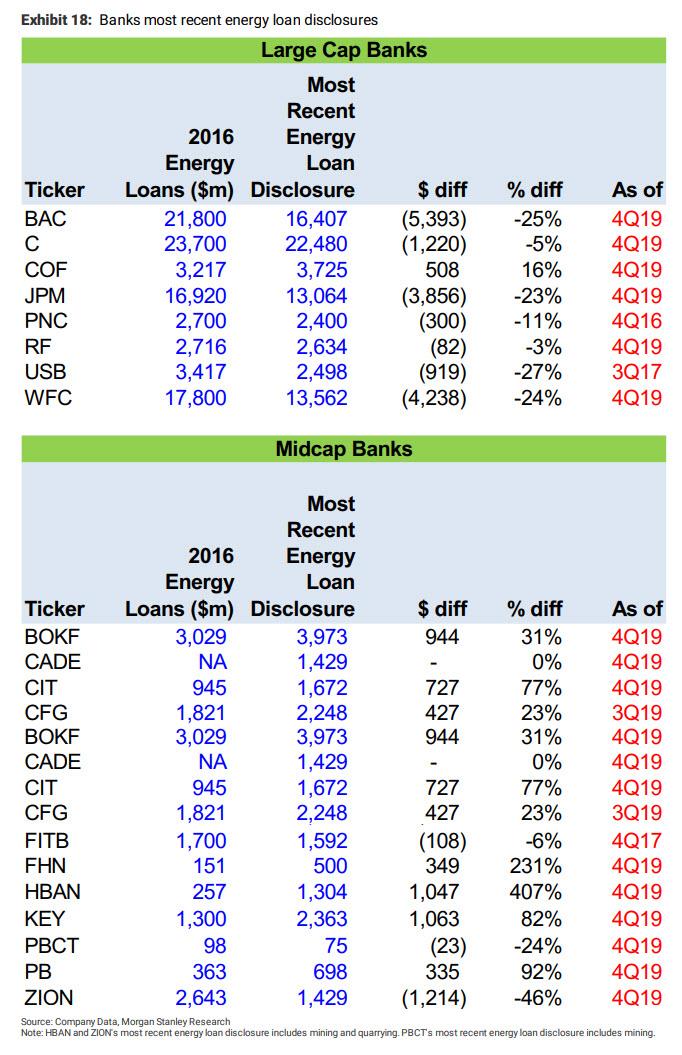 For the largest banks this means billions in incremental energy reserves, subtracting directly from the bottom line. 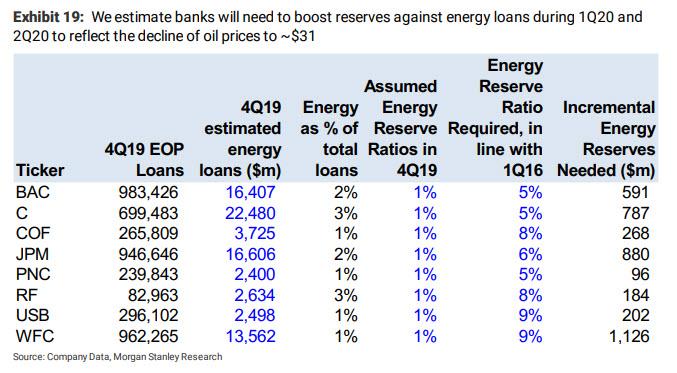 What other linkages are there from the US energy sector to the rest of the economy? In a word, countless. That said, one attempt to quantify the potential spillover from Nordea’s Martin Enlund suggests that the biggest risk is to already stagnant US CapEx (in addition to coming shortages and virus quarantines). 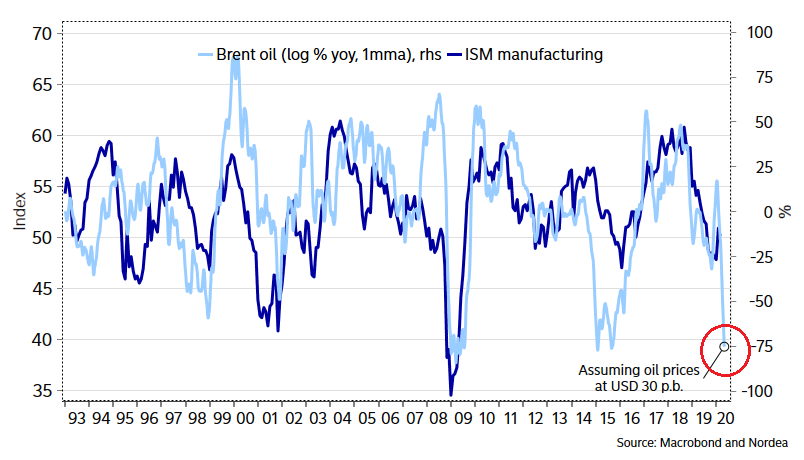 A key leading indicator to observe if a manufacturing collapse is materializing, is the weekly oil rig count where a plunge would telegraph much more economic pain: 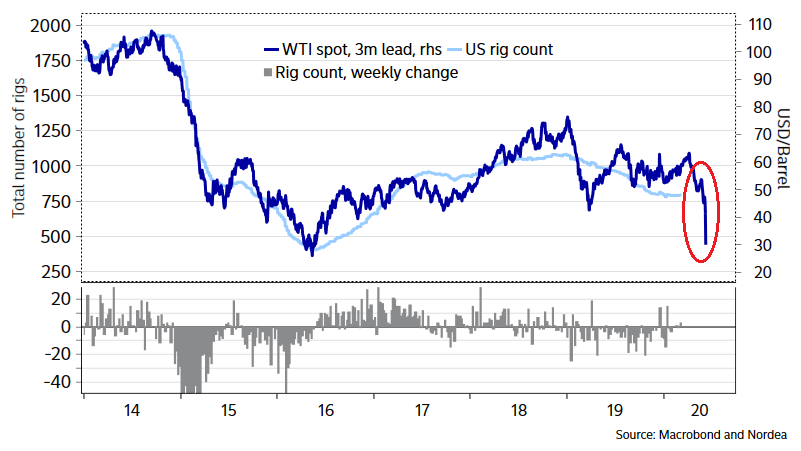 And while lower prices were good news for the US economy – as they would boost real incomes thanks to lower gasoline prices – the emergence of the US as an oil producing powerhouse change the dynamics, and as the 2015/2016 manufacturing recession showed, plunging oil prices have a far more pronounced negative impact on US capex, coupled with fiscal austerity in oil exporters. 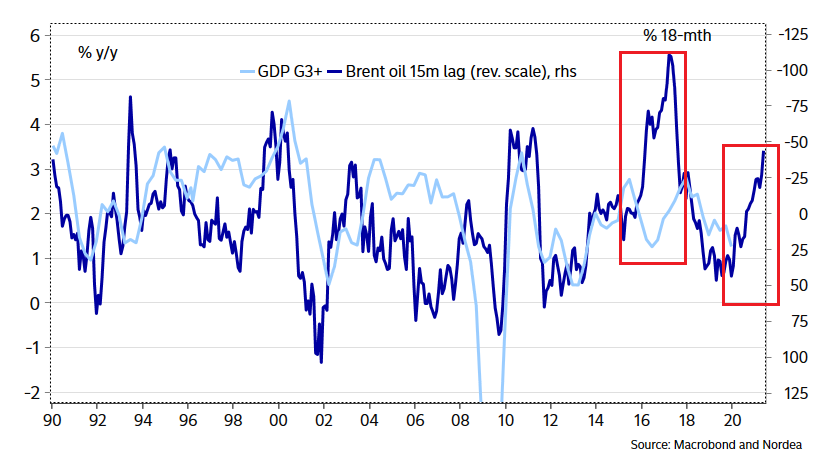 Finally, and as discussed earlier, sharply lower oil prices pose an imminent risk to the critical US credit market, which in recent years became the primary pillar propping up stocks (by funding trillions in buybacks). As Nordea’s Martin Enlund notes, “if “unforeseen losses” show up in the high yield sector (very energy-heavy), it might damage the credit cycle… and if the credit cycle cracks, forget about buybacks, M&A, and SPX’s current valuation.”