Theres No Longer Any Question: Biden Carried Out A Cover-Up In Ukraine

Authored by Andrew Korybko via Off-Guardian.org,

Trump stands vindicated for accusing Biden of trying to cover up his son’s corruption in Ukraine after one of that country’s lawmakers released audio recordings of the former Vice President’s numerous conversations with former President Poroshenko to that effect, proving that the real Ukrainegate scandal has been about the Democrat front-runner all along. 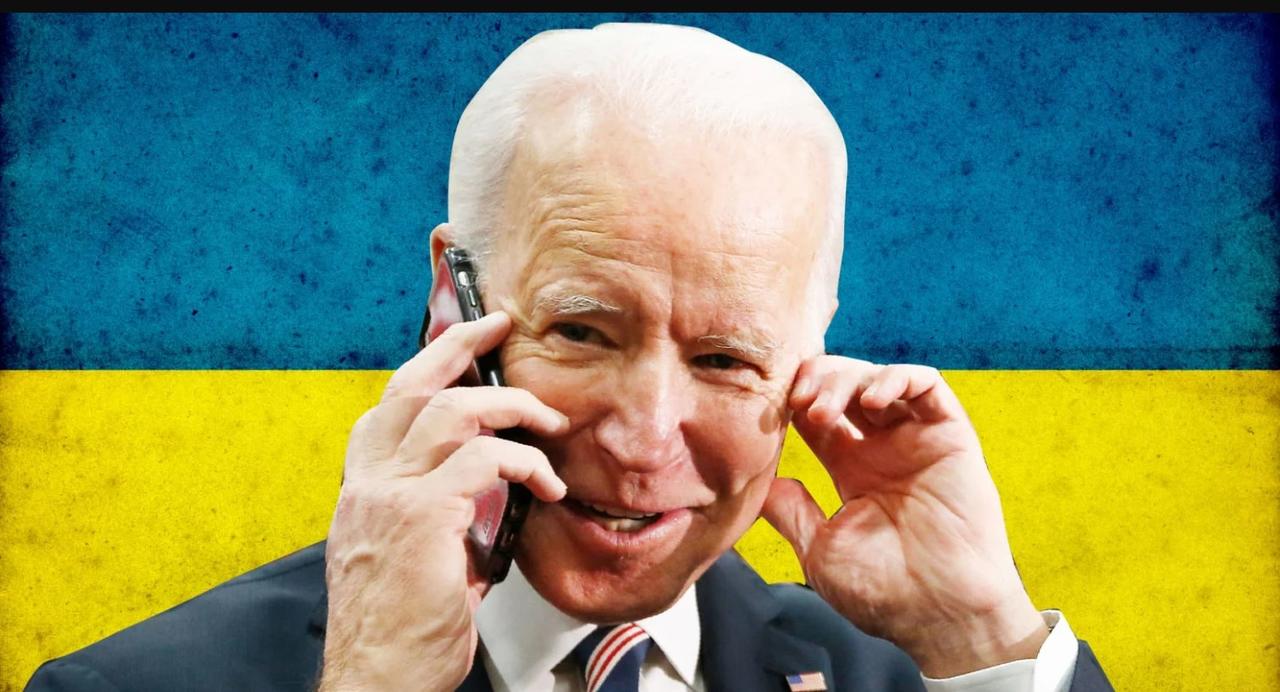 The content of their chats concerns the latter’s efforts to pressure the then-Ukrainian leader to remove General Prosecutor Shokin, which Trump and many of his surrogates have claimed was undertaken in an attempt to cover up his son Hunter’s corruption at the Burisma gas company where he was employed and which was the subject of an investigation by Shokin.

The recordings are remarkably frank, with Poroshenko proudly pledging fealty to Biden and regularly updating him on the progress that he’s made in keeping what he refers to as his “promises” to the former Vice President.

The Daily Beast reported that suspicions are swirling over whether the leak was an inside job in Ukraine or the result of so-called “Russian hacking”, but that’s just an attempt to distract from the calls, just like the unproven claims that Russia was responsible for hacking the DNC’s emails four years ago.

The real Ukrainegate scandal therefore wasn’t over the now-debunked allegations that Trump engaged in a quid pro quo with current Ukrainian President Zelensky in an attempt to reopen this investigation for supposedly political reasons, but over Biden’s attempts to cover up his son’s corruption in Ukraine in order to not hurt the Vice President’s future campaign prospects.

This is similar in essence to how the real Russiagate scandal wasn’t about Russia allegedly helping Trump, but about Hillary trading the US’ strategic uranium deposits for Clinton Foundation kickbacks.

The pattern at play is unmistakable, and it’s that the Democrats have recently taken to accusing Trump of the same spirit of what they themselves are really guilty of. Be it in carrying out shady deals with Russia, Ukraine, or whichever other country’s dirty laundry has yet to reach the light of day, the Democrats have a track record of international corruption unlike Trump, who comes off as squeaky clean in comparison.

That’s not to absolve the sitting American President of whatever his administration might secretly be doing abroad, but just to point out that the two highest-profile accusations of corruption against him have been proven to be false and much more applicable to the same party that publicly made them in the first place.

The timing of the Biden-Poroshenko leaks is intriguing and deserves some further analysis. It’s unclear why they weren’t released any earlier considering that the fake Ukrainegate impeachment conspiracy against Trump began last summer, which suggests that they might have either only been recently obtained or strategically kept in reserve to unveil at an opportune moment during the 2020 campaign.

If the latter, then the current timing might be connected to the Democrats’ desperate attempts to pin the blame for the US’ controversial handling of World War C on Trump personally in yet another effort to impeach him or at the very list tilt the upcoming vote to his opponent’s favor.

Regarding that selfsame opponent, Biden seems to be afflicted with dementia and is widely considered to simply be a stand-in functioning as a puppet of more shadowy party interests.

A “DARK HORSE” FOR THE DEMOCRATS?

There’s been some debate in Democrat circles about the wisdom of promoting him as their candidate of choice, but they probably didn’t have any more viable option since the other politicians in the primary either didn’t manage to generate any genuine grassroots support from their party’s base or were considered too radical and therefore unable to appeal to the on-the-fence voters in “Main Street” America who’ll likely decide this election like usual.

With that in mind, these criminally incriminating leaks could either throw the party further into disarray or present an opportunity for a so-called “dark horse” replacement to be put forth by the party during its summer convention, meaning that they might have been an inside job by disgruntled Democrat “deep state” operatives who don’t believe in Biden’s ability to beat Trump and want to force the party to replace him.

It can only be speculated who’s really behind the leaks and why, but they’ll likely end up being extremely damaging to Biden’s campaign. He’s now been caught red-handed doing exactly what his party wrongly accused Trump of last summer, and the average American – while generally susceptible to partisan propaganda from both sides of the aisle – isn’t so stupid as to not realize that.

At the very least, these leaks confirm that the Democrats are indeed the party of corruption seeing as how they denied Trump’s original accusations against Biden but then subsequently concocted a literal conspiracy to try to impeach him once it was proven that he took tangible action to revive the investigation into Hunter’s corruption.

They wouldn’t have done something so dramatic if there wasn’t any corruption there to begin with, which makes them look even guiltier in hindsight.

There’s no longer any question that Biden carried out a cover-up in Ukraine, with it now remaining to be seen how this will impact his campaign and the Democrats more broadly.

In all likelihood, the party will be unable to recover from this enormous blow to its reputation, though there’s still a faint chance that they might seek to reinvigorate their electoral prospects by replacing Biden with a “dark horse” candidate during this summer’s convention.

Should that transpire, then that individual would probably be distanced from the Obama Administration since it’s now forever tainted with corruption after the second most powerful man in the country at that time has now been proven to have engaged in high-level corruption and foreign meddling.

Politically speaking, Biden is now a “dead man walking”, and it wouldn’t be surprising if the Democrats dump their puppet in favor of one who they can at least portray as being “less controversial” than Trump.