The Elephant In The Room: Florida School Revokes Parking Privileges Of Student With Trump Display On Truck

We recently discussed the case of a Louisiana high school senior who had his parking space mural to President Donald Trump painted over by his school.

Now a Florida senior has an equally troubling free speech case involving the Volusia County School District. Tyler Maxwell is suing the District after it barred him from parking his pickup truck with a large elephant in the back featuring Trump’s name. 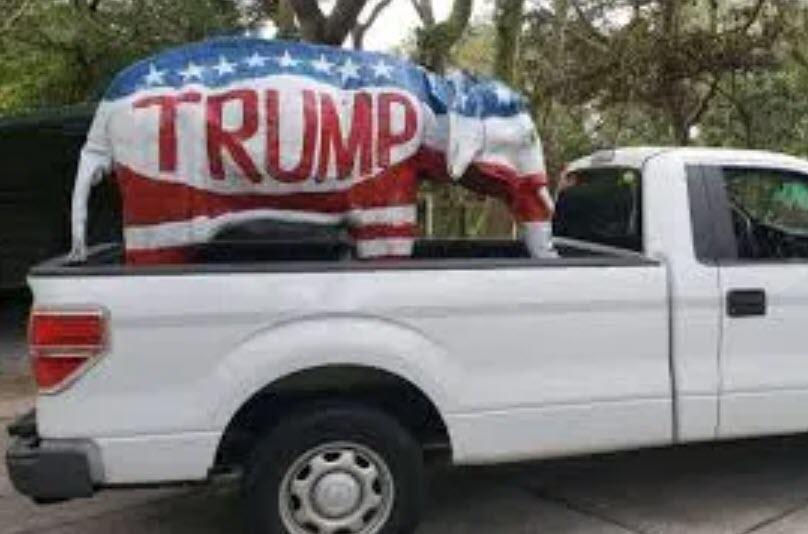 The District declared that such “political statements” are now banned.

The school district’s position is at odds with cases protecting non-disruptive political statements or symbols. Many of us in the free speech community have long complained that the 1969 case of Tinker v. Des Moines Independent Community School District is often dismissed in cases addressing the free speech rights of students. The famous decision declared that students “do not shed their constitutional rights to freedom of speech or expression at the schoolhouse gate.” Yet, school officials routinely try to regulate speech. Indeed, we just saw a Vermont district fire a principal for questioning the BLM movement on Facebook.

The controversy is a classic example of how school officials have become emboldened in acts of censorship and speech regulation. We have been discussing the alarming rise of speech limitations and sanctions imposed by school officials. We have seen a steady erosion of the free speech rights of students in the last decade. The Supreme Court accelerated that trend in its Morse decision. Former JDHS Principal Deb Morse suspended a student in 2002 during the Olympic Torch Relay for holding up a 14-foot banner across from the high school that read “Bong Hits 4 Jesus.” The case ultimately led to the Supreme Court which ruled in Morse v. Frederick ruling in 2007 for the Board — a decision that I strongly disagreed with and one that has encouraged over-reaching by school officials into protected areas.  Cheerleaders are expected to conform their free speech to accept positions or risk removal from their teams and even liking images on social media can get students suspended.

We have seen school officials even crackdown on bumper stickers on cars. 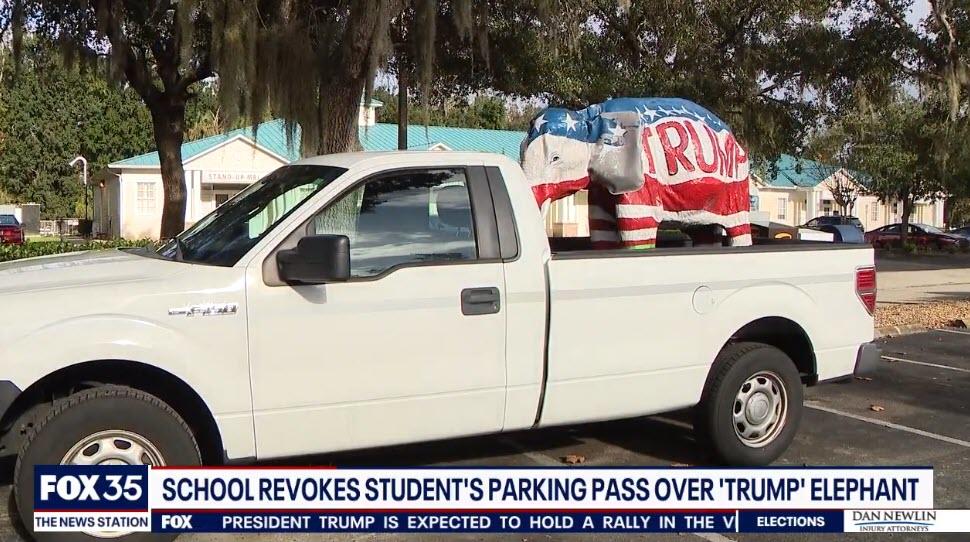 A judge has imposed a temporary restraining order against the District to allow Maxwell (and his elephant) to return to the parking lot pending consideration of his case.

“The school board has an obligation to provide politically neutral campuses for all students,” Wait wrote. “We allow political expression by students in the form of a t-shirt or bumper sticker. But large signage is a different situation. A passerby could interpret a large sign in a school parking lot to be an endorsement by the school district. We don’t allow our parking lot to be used for political statements.”

I do not see why this elephant is disruptive. Indeed, I find it quite impressive. This is an 18-year-old senior who will be voting for the first time this year. He is showing an excitement and engagement that we should be fostering. Why is that a bad thing? Instead, the District is teaching students to live with censorship and speech controls.

It is time we have a discussion of the elephant in the room in education from K-12 to colleges.  We are embracing censorship as a value while increasingly treating free speech as inherently dangerous or destabilizing. That is one lesson we should not be teaching to a new generation of citizens.