Authored by Steve Brown via TheDuran.com,

After credit markets froze in the subprime crash of 2008-2009 Ben Bernanke and the Fed conjured up a number of monetary tricks to keep the system afloat.  POMO, Twist, QE, TARP, repos, and currency swaps (and other monetary tricks) were used to provide liquidity to an essentially bankrupt system sporting a weaponized US dollar.

Even though the monetary tricks worked – or seemed to – they were based on a deeply flawed, immoral, and unlawful prospect: the privatization of profit enabled by the socialization of loss. 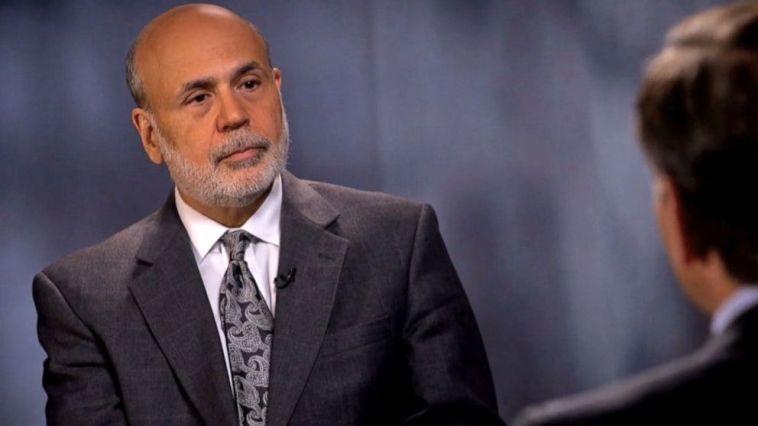 So the bubble that burst in 2008-2009 was simply reinflated by the Fed/Treasury with a good bit of collusion among global players… with differences to be addressed.  Trouble has been brewing among Central Banks and their dealers for years; notably HSBC, Deutsche Bank, and the Royal Bank of Scotland with many other structural defects apparent. As such monetary realists have warned for years that the coming economic collapse would be far worse than the last.

Since 2009 we’ve had trade wars, proxy wars, and punishing sanctions. Covert or overt interventionism and weaponization of the US dollar on behalf of war profiteers and economic hitmen — which Washington has blessed as being free market entrepreneurs — is not something that the rest of the world will forgive easily.

Yes, this collapse does portend to be far worse than the last and it’s a very different type of financial collapse too. The difference is remarkable in that global markets have become ever more co-dependent than they were ten years ago still largely relying on a weaponized US dollar as world reserve currency.

To add insult to injury, the egregious myth of Modern Monetary Theory has poisoned public discourse to such an extent that this Keynesian market fantasy expanded to Lewis Carroll dimensions.  A deluded recipe for real world monetary disaster.  Yet blaming Elites for once again slaying the golden goose on the altar of the Huxley-ized and cash-drugged masses can only go so far.

Just as wealth managers used the collapse of 2008-2009 to profit from TARP and QE this collapse is apparently targeted to do the same. After all, what worked before must work again — right? Fund rates to zero.  Massive injections of cash into an already failed system to resurrect the illusion.

But Houston has a problem.

The world today bears little resemblance to what it was ten years ago.  Central Banks and primary dealers outsourced much of their risk after 2011. Not just due to Dodd-Frank or bank stress tests; independent credit rating agencies such as Weiss and Moody’s motivated all banks to offload substantial investment portfolios to third parties whether active or passive funds . Meaning that this market crash may be immune to intervention by the Exchange Stabilization Fund (Plunge Protection Team at Treasury/Fed) since the risk is devolved and widely distributed beyond Primary Dealer/Fed controls. Even if post-2009 Dodd-Frank regulations had the best of intentions such unintended consequences were not foreseen.

Put simply, in 2008-2009 the Fed/Treasury had tools to deal with a bank-led implosion that the Fed does not have today. Likewise, an even more corrupt element has taken hold of global finance because the Too-Big-to-Jail were rewarded instead of prosecuted. That includes the major central banks of the west, primary dealers, hedge funds, wealth management funds, and Swiss banks.  Such inbred corruption of the monetary kind is not easily extinguished.

Market meltdown red flags appeared when this bizarre new monetary reality of out-sourced risk really took hold last year.  In May physical gold began its inexorable rise even as a major gold site quit publishing charts on registered reserves.  The Fed began a massive repo program in September to bail-out some unknown bank or banks every night to the tune of many billions, rumored to be either HSBC or Deutsche Bank. The Treasury yield curve inverted with all major financial rags warning about big trouble ahead.

But no matter what geopolitical disaster, trade war, or political upset occurred in 2019, the US and most share markets were immune to decline… until the current outbreak of disease in China. That contagion is the bazooka round to the bubble which cannot be ignored. Now voices that normally speak for free markets and free trade call for unbridled government action in the United States as in communist China. The irony is rich.

The real tragedy — besides the threat to our physical well-being and financial — is that the United States is uniquely incapable of acting to curb this financial and health crisis. There are humanitarian actions the US could take but cannot, due to its politicized mandate for unreason.  For example: fire Steve Mnuchin. Drop sanctions versus Iran, Russia, Venezuela, and China. End endless US wars and quit US-state sponsorship of terror and damaging support for apartheid Israel. The US could end its weaponization of the US dollar. The US could cease its damaging trade wars.  And could break with aggressive dangerous regimes in Turkey, the United Arab Emirates, Egypt, and Saudi Arabia.

In other words, the United States could be an actor for peace in the world instead of a champion of war, division, weaponry, interventionism, and destruction — whether financial or military. That’s not only unlikely but impossible since the US decline — as engineered by politically leveraged Oligarchs — is nearly complete. That’s not something to write about with glee.  Just the sobering reality that all monetary realists understand.  With a further irony that the ‘House that Ben Built’ proved to be a house of cards for which he will never be prosecuted for building.

Agree with the foregoing or not, the greatest danger of all cannot be ignored: that the very corrupt US Congress and political machine will use this outbreak as an excuse for draconian new restrictions and abuses of human rights domestically. Restrictions that will make the AUMF, Patriot Act, Gramm Leach Blilely and many other abominations of US legislation look trivial by comparison.