Jose L. Gomez, 19, may have the dubious distinction of being the first person charged and convicted of a Corona hate crime. 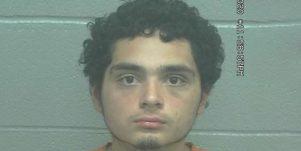 Gomez is accused of stabbing three members of a family of four inside a Sam’s Club. The family is Asian and police say that he was trying to stop them from spreading the virus. His victims included a 2-year-old and 6-year-old child. While other anti-Asian hate crimes have been reported in the pandemic, this one could result in an early plea or conviction.

“The suspect indicated that he stabbed the family because he thought the family was Chinese, and infecting people with coronavirus.”

The report itself confirms that federal prosecutors are considered federal hate crime charges. He is currently charged with three counts of attempted capital murder and one count of aggravated assault with a deadly weapon.

There is a hero in this story.

A store employee, Zack Owen, intervened, tackled Gomez and brought him to the ground. Owen was stabbed in the leg and cut on the hand as a result of his brave action. Off-duty Border Patrol Agent, Bernie Ramirez was fortunately also present and rushed forward to place Gomez into custody. He also credited Owen for his bravery.

Most criminal defense lawyers would be asking for an immediate psychiatric evaluation and ultimately some form of plea bargain. This is not a case that you want to ever see the inside of a jury trial.