Tesla stock is up 10% premarket this morning – helped along by an upgrade, furious call option buying over the last several sessions and the fact that with its main factory shut down for mostly all of Q2, the company has said this morning it has produced 82,272 vehicles and delivered 90,650 vehicles in the quarter. 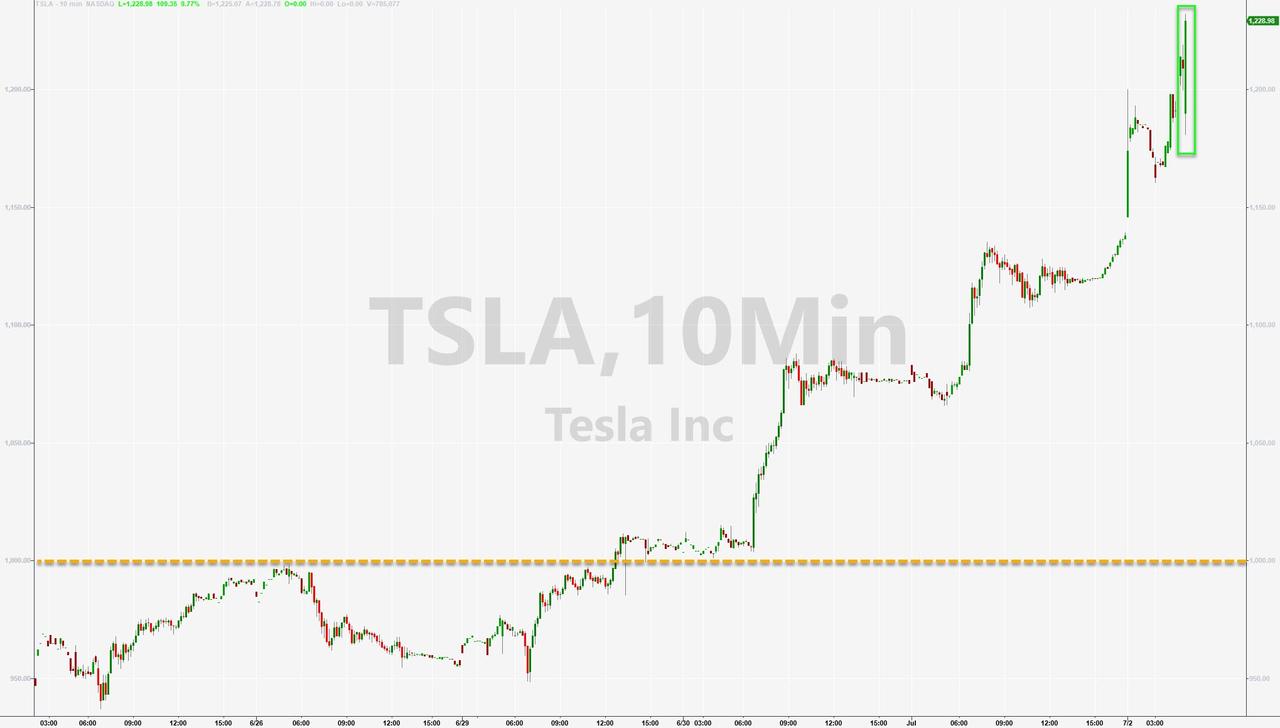 The company beat its Q2 estimate of estimate 83,071 deliveries. It’s production was down 20% Q/Q and Model S and X production, which are now being grouped together, made up just 6,326 of the company’s deliveries. 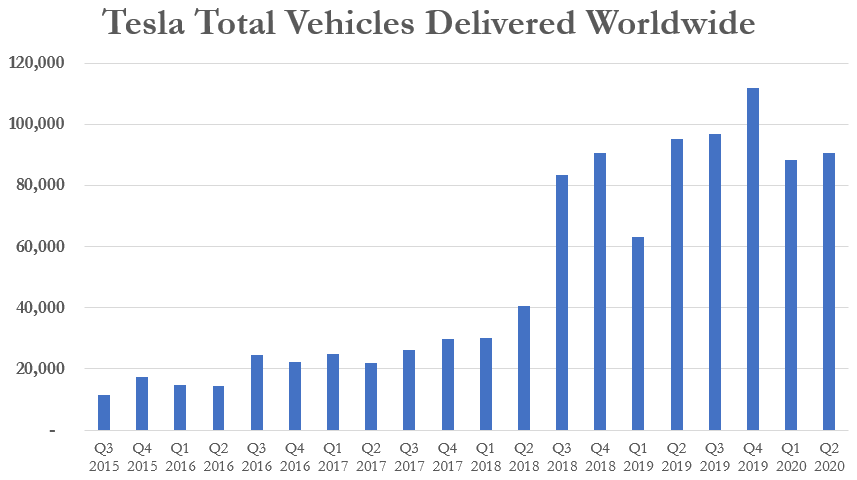 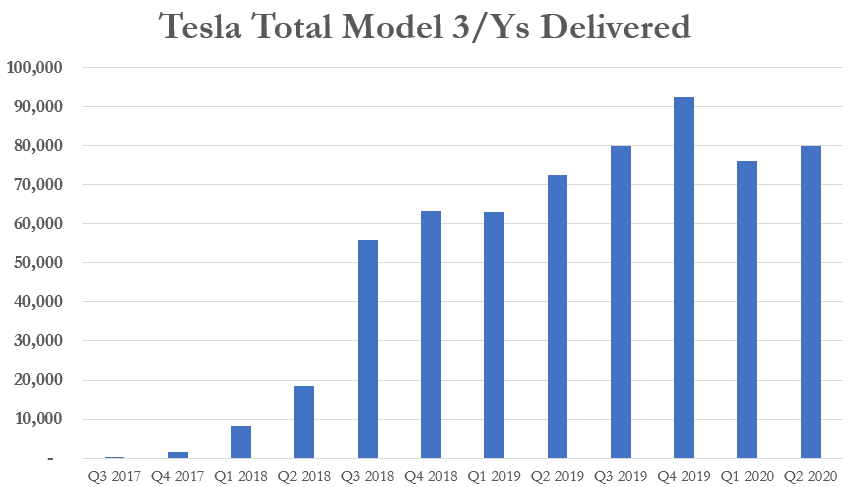 Even with the Model 3 and Model Y together, deliveries couldn’t eclipse that of just the Model 3 in Q4 2019.

Additionally, the Model S and X are both starting to look like an afterthought. 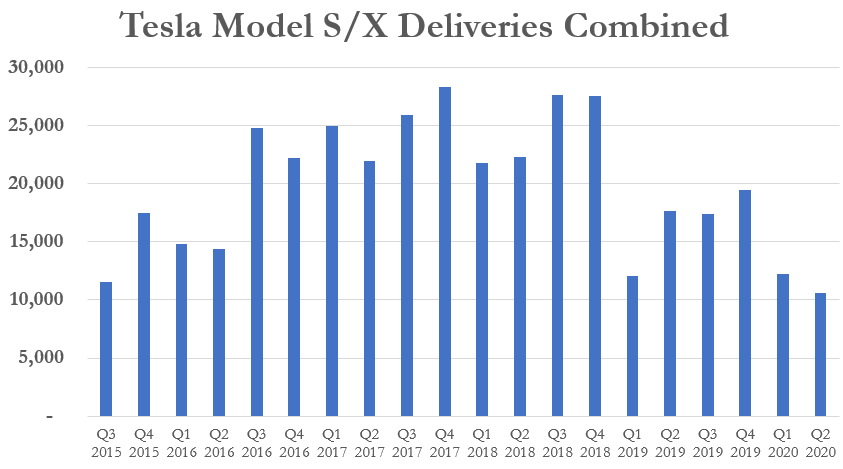 But everyone seems optimistic about Tesla – except for that pesky Gordon Johnson over at GLJ Research, who once again offered his clients a dose of much needed Tesla reality this morning with a report on Tesla’s deliveries.

Johnson noted that total 2Q20 deliveries were down 4.8% even with the addition of Shanghai and the Model Y. He wrote that Fremont deliveries could be down as much as 37% year over year:

But, they did beat the (in our view) highly managed Cons. estimate (TSLA IR sends a delivery sheet with numbers included to analysts towards the end of each quarter). Keep in mind, TSLA cut the price of its cars sharply several times in 2Q20, and this means they have to ship 160.7K cars in both 3Q20 and 4Q20 to hit their year-end 2020 guidance of 500K cars delivered.

In additional Tesla news, it hit the wire this morning that:

Meanwhile, we are still waiting on those Tesla branded ventilators…