If you feel like some self-flagellation, you can watch the entire Schumer show before the vote here:

“You may win this vote and Amy Coney Barrett may become a justice on the Supreme Court. But you will never, never get your credibility back,” Mr Schumer said, side-eyeing his GOP colleagues on the Senate floor.

Senate Majority Leader Mitch McConnell fired back that Democrats would have done the same thing if the shoe was on the other foot.

The GOP-controlled Senate has voted on Barrett’s nomination and as widely expected confirmed her as the 115th justice on the nation’s highest court, sealing a 6-3 conservative majority on the panel that has become more and more instrumental in steering the course of US domestic policy in recent decades. 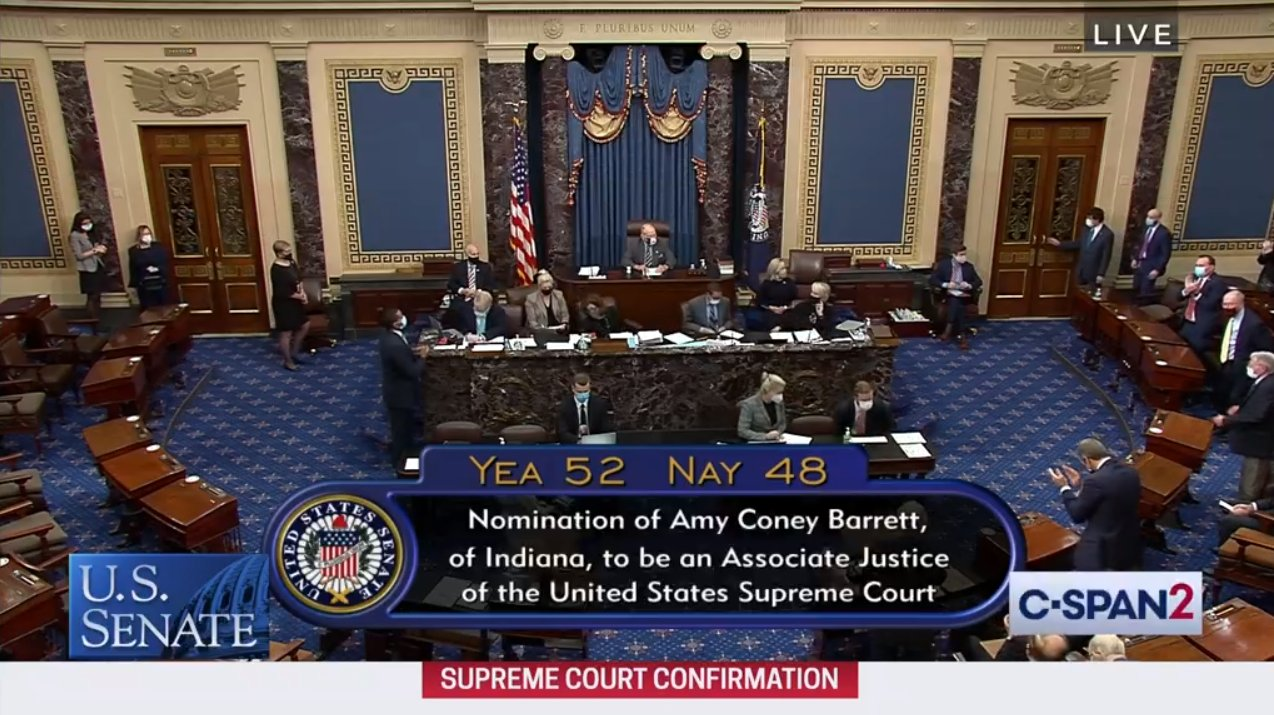 As McConnell punctuated his point earlier on: “Elections have consequences.” 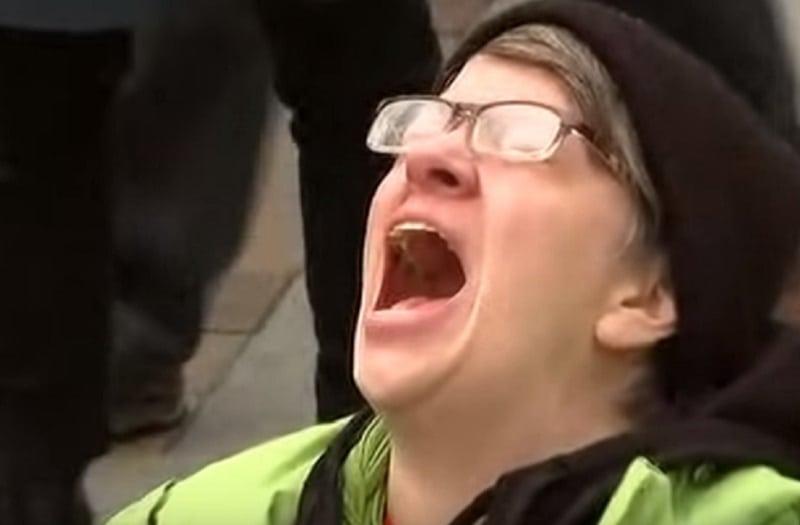 Ms Barrett, 48, who has served on the US Court of Appeals for the Seventh Circuit since 2017, is the fifth woman to serve on the Supreme Court, and just the second woman appointed by a Republican president. 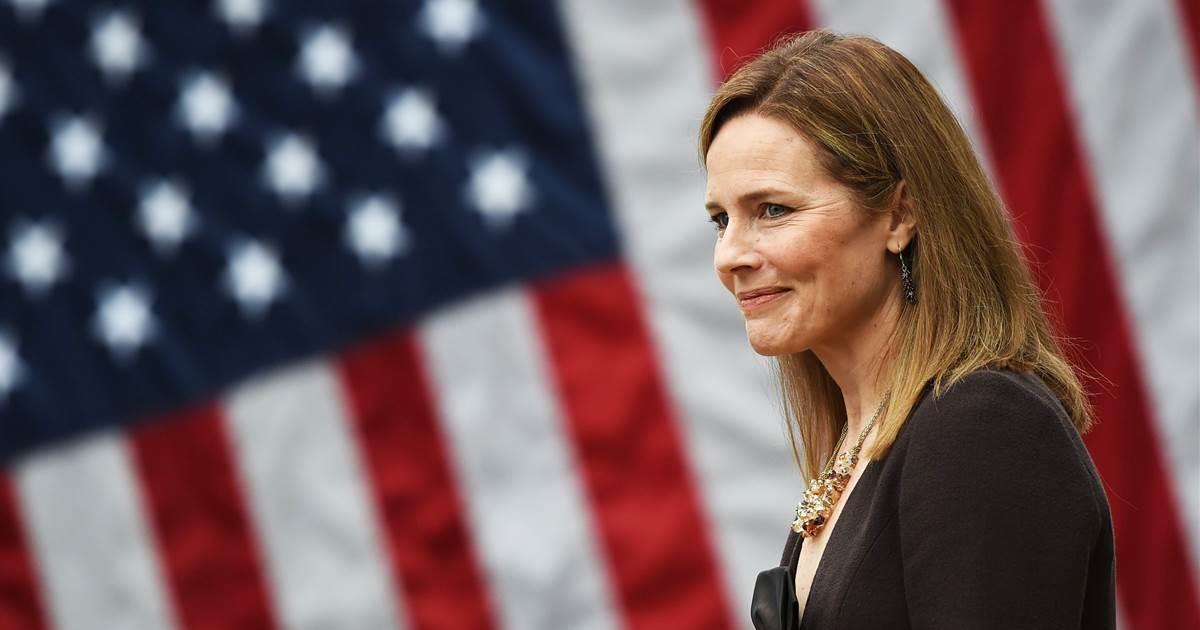 A senior White House official confirmed that Justice Clarence Thomas will swear in Judge Amy Coney Barrett as an associate justice on the Supreme Court later this evening.

NBC News made it clear how they feel about the matter… 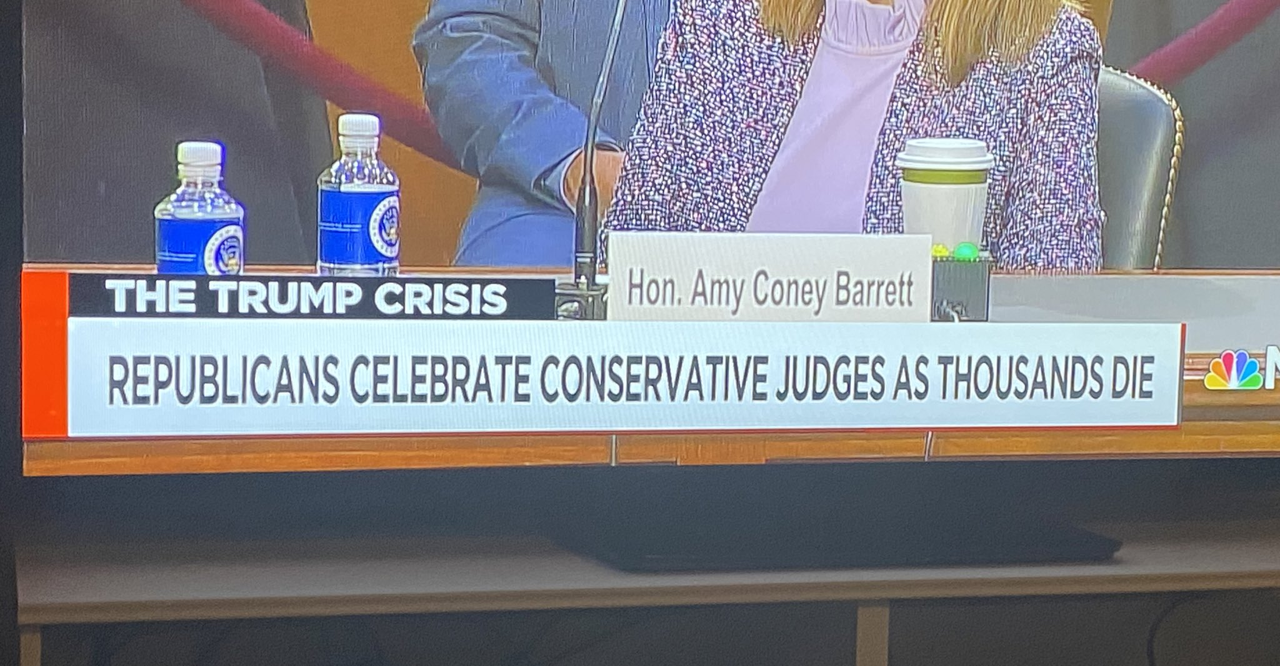 And all of this happened on Hillary’s birthday!

So what happens next (apart from an avalanche of whiney, angry press statements from Democratic party leaders)?

After today’s confirmation vote, (and soon to occur, socially-distanced swearing-in-ceremony at The White House), Jonathan Turley details in the following op-ed at The Hill, what he calls ‘the parade of horribles’ proposed by academics for changing the Court to legislatively negate the majority of conservative justices after the addition of Amy Coney Barrett to the Court.

The concern is that this is little beyond enablement by commission as Democrats claim license to do lasting harm to one of the most important institutions in our constitutional system. 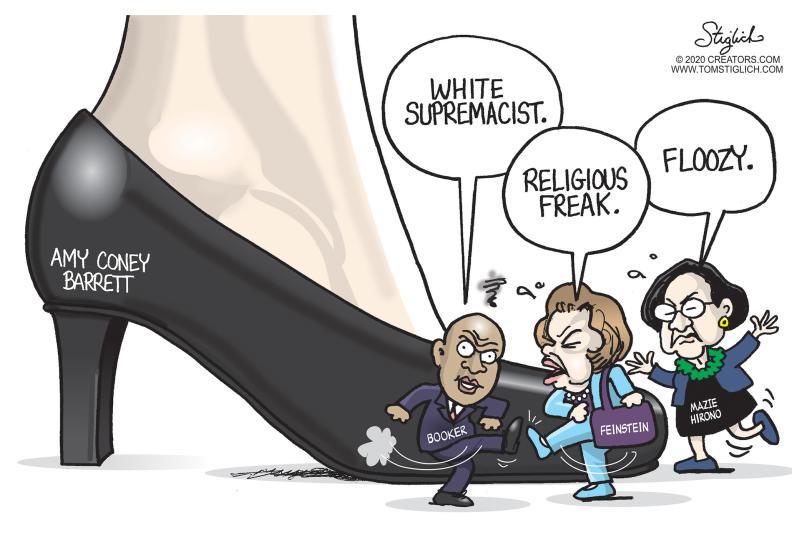 As Turley explains, the vote on Monday to make Judge Amy Coney Barrett the 115th Supreme Court justice will be more than a confirmation. It will be a dispensation, according to former Vice President Joe Biden and various Democratic senators. They have cited the vote as relieving them of any guilt in fundamentally changing the court to manufacture a liberal majority. Like school kids daring others to step over a line as an excuse to fight, Democrats insist that filling this vacancy will invite changes ranging from “packing” the court to stripping it of authority to rule in certain cases.

The problem is that the line the Senate will step over is set by the Constitution, while the proposals by Democrats would retaliate against the use of a power granted by the Constitution. Democrats are floating a parade of horribles to “reform” the Supreme Court and negate its growing conservative majority. Biden said this week that the court is “out of whack” and, as president, he would assemble a commission of “experts” to explore “a number of alternatives that go well beyond packing.” The commission would report to him 180 days after his inauguration.

Polls show almost 60 percent of Americans oppose the court packing scheme supported by Democrats, including Biden’s running mate, Senator Kamala Harris. One person not polled was the late Justice Ruth Bader Ginsburg, who denounced such a scheme as guaranteeing the court’s destruction.

A New York Times and Siena College poll found only 31 percent favor court packing. That is a familiar figure: For the last four years, the same 30 percent of both parties have supported the most destructive political measures and rhetoric. Those extremes continue to control our politics, while the vast majority of us in the middle watch in disbelief as virtually every Democratic senator embraces one of the most reviled tactics in American history.

Those senators are not alone.

A host of professors (who likely will be on the short list for Biden’s commission) are giving credibility to court packing.

Harvard professor Michael Klarman attacked the foundations of Congress before attacking the foundations of the court. Klarman condemned a “malapportionment” in the Senate that he believes gives Republicans greater power, and referred to their refusal to vote on Obama court nominee Merrick Garland as “stealing a seat.” While controversial (and I was among those calling for a vote on Garland), that decision was clearly constitutional. Yet Klarman illogically calls it “court packing” to justify any act of retaliation: “Democrats are not initiating this spiral. They are simply responding in kind.”

He then says not to worry about Republicans responding with their own court packing when they return to power. He insists Democrats can change the system to guarantee Republicans “will never win another election,” at least not without abandoning their values. Of course, Klarman concedes “the Supreme Court could strike down everything I just described” so the court must be packed in advance to allow these changes to occur. Here are some of the other wacky ideas to get the court back into “whack.”

Several professors argue for a court packing alternative that moves to the opposite approach: If you cannot make the court bigger, then shrink its authority. By using “jurisdiction stripping,” Democrats would bar federal courts from reviewing certain types of legislation. So, faced with a conservative court, a Democratic Congress would make the courts into a nullity to give itself unchecked authority in various areas. Assuming courts would allow such a move, it would create a race to the bottom as more and more legislation was protected from judicial review.

Another approach is to leave the Supreme Court at its current size but effectively “pack” the vote by requiring supermajority decisions. A Democratic Congress would enhance the votes of the court’s minority by requiring a two-thirds vote or even unanimity for certain types of cases or laws. It is an ironic idea since, against the advice of many, Democrats got rid of the Senate filibuster for judicial nominations when it held the majority — fundamentally changing longtime protections for a Senate minority. In this case, Democrats would designate favored areas or types of cases protected by supermajority rules, thereby manipulating the court’s votes.

Pete Buttigieg and some academics have proposed disregarding any pretense of nonpartisan justices. They would convert the court into a kind of judicial Federal Communications Commission, with Democrats and Republicans each picking five justices who would then pick five more from federal appeals courts to serve terms of one year. That would make the Supreme Court a crude reflection of our dysfunctional political times.

Notably, the Supreme Court is reviewing such a partisan court system in Carney versus Adams. The case must be familiar to Biden, since it deals with a moronic Delaware constitutional requirement that the five seats on the state’s Supreme Court be divided between Democrats and Republicans — preventing an independent from becoming a justice. In Delaware, a “balanced court” apparently means you must first establish that you are from the right party before you can mete out justice The proposal would have a continually shifting court and, since the five transient justices would be selected based on party affiliation, they likely would become pawns in a partisan calculation.

Another proposal would “solve” the “problem” of a conservative majority by literally turning every judge into an associate justice. A lottery would be held every two weeks to randomly select nine justices to hear cases, with each panel limited to no more than five judges nominated by a president of the same political party. Senator Bernie Sanders actually endorsed this looney idea. It is akin to the character “Syndrome” in “The Incredibles” explaining he would give everyone superpowers because “when everyone’s super … no one will be.” Most Americans are unlikely to want to replace today’s court with a law by lottery approach.

As someone who proposed expanding the Supreme Court decades ago, I am not opposed to reform. However, Biden’s proposed commission is not about reform. It is about packing, stacking, and stripping schemes to achieve political outcomes on the Supreme Court. Biden is offering up the institution to the 30 percent demanding extreme measures to satiate their anger. Biden once denounced court packing as a “bone headed idea” — but he may now appoint a commission to convert a variety of bone headed ideas into bona fide proposals.