Russian aircraft manufacturer JSC Sukhoi Company unveiled a new fifth-generation fighter jet that will supplement the Sukhoi Su-57 stealth fighter. Moscow plans to export the new fighter jet to countries around the world. Such was the buzz over the reveal that even President Vladimir Putin examined the Sukhoi Checkmate at the country’s annual MAKS Air Show on Tuesday. The new plane is expected to compete with the US Lockheed Martin F-35 Lightning II.

According to RT News, Sukhoi said the first flight of the new jet is set to occur in 2023, and deliveries are to begin in 2026. 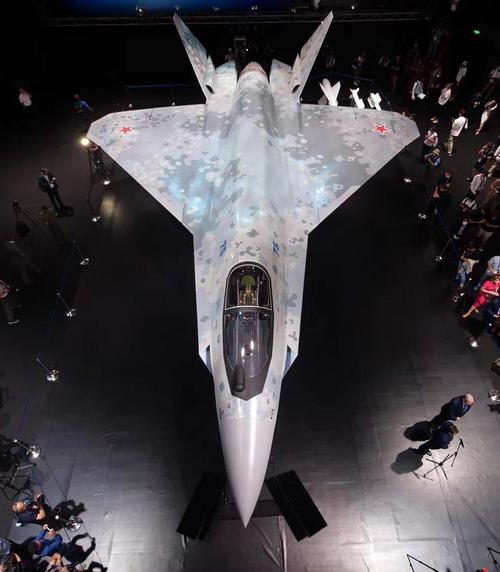 “We have been working on the project for just slightly longer than one year. Such a fast development cycle was possible only with the help of advanced computer technologies and virtual testing,” Yuri Slyusar, CEO of United Aircraft Corporation, said at MAKS.

The Checkmate is a single-engine supersonic stealth fighter with internal weapon bays and short take-off capability. The maximum speed is Mach 1.8 with a 1,740-mile flight range. The total payload capacity is 16,300 pounds.

He said foreign customers are expected to order up to 300 aircraft.

Borisov said one customer, who wanted to remain anonymous, showed strong interest in the jet.

The unveiling came one day after Sukhoi published a teaser video depicting pilots from around the world receiving the message, “It’s coming.:”

Checkmate is a much more affordable version of the SU-57 and cheaper than the Lockheed Martin F-22 Raptor and F-35, making stealth technology available for all.

Russia also plans to dominate the hypersonic weapons space with its latest test of the Zircon missile that is expected to be deployed with warships and submarines in the not too distant future.

Russia is catching up, having outfield the US in hypersonic weapons and could become an export giant of fifth-generation fighter jets in the back half of this decade.