A powerful earthquake in the Aegean Sea rocked Turkey and Greece on Friday. The quake’s epicenter is off Turkey’s Aegean coast, north of the Greek island of Samos. 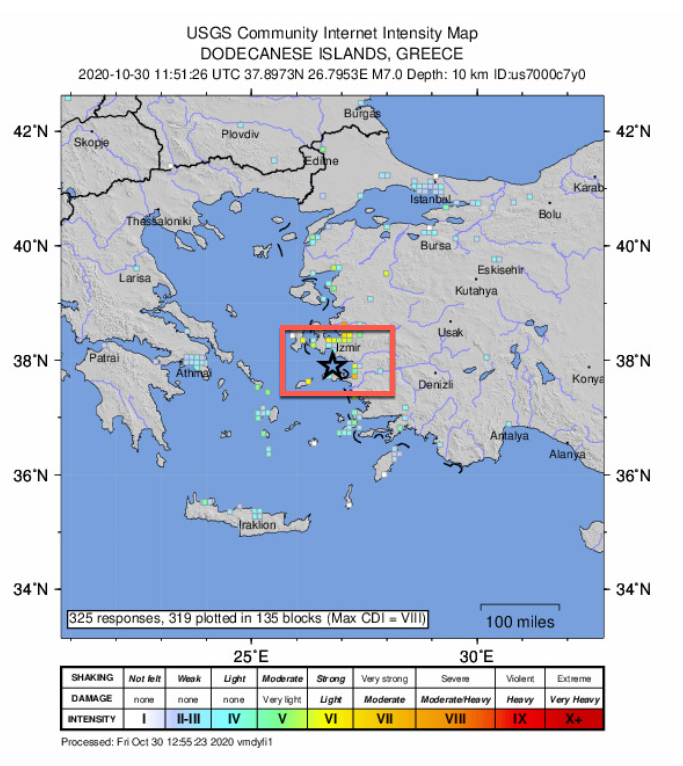 Turkey’s Disaster and Emergency Management Presidency said the quake was in the Aegean Sea at a depth of 10.3 miles. Seismometers in the area measured the quake at 6.6 magnitude. The U.S. Geological Survey said the earthquake measured at 7.0.

There are no official reports on casualties and or the destruction the quake left behind, but local media and citizen journalists report collapsed structures throughout Izmir, Turkey.

Social media users are also reporting a tsunami has struck the area.

Another tsunami footage from the earthquake in Izmir province of Turkey.

This one is really dangerous pic.twitter.com/62zfddWSi8

Insane video of what appears to be a residential building in Izmir collapsing after the quake.

Ya Allah have mercy… 7.0 earthquake in #izmir #turkey prayers for all 💔 #earthquake

Europe Office of the International Federation of Red Cross and Red Crescent Societies’ communications officer in Turkey provides an update on the situation: