The unprecedented monetary stimulus unleashed by the Federal Reserve to help combat the economy-destroying coronavirus has revived worries about hyperinflation which renders the dollar worthless and popular inflation hedges like gold rule the day.

This thesis got a sudden, unexpected boost today when legendary trader and famed macro hedge fund billionaire Paul Tudor Jones said he’s buying Bitcoin as a hedge against the inflation he sees emerging from the Fed’s money-printing, even telling clients that bitcoin reminds him of “the role gold played in the 1970s”. 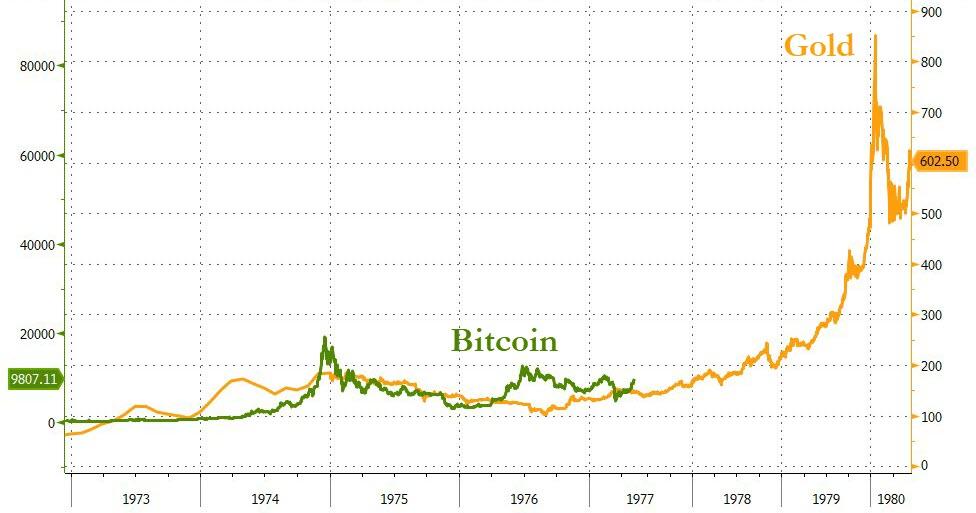 PTJ is betting on bitcoin because he believes the best profit-maximizing strategy is to “own the fastest horse,” according to Bloomberg, which cited a note to clients recently authored by PTJ, which he titled “The Great Monetary Inflation.”

“If I am forced to forecast, my bet is it will be Bitcoin.”

Jones said his Tudor BVI fund may hold as much as a low single-digit percentage of its assets in Bitcoin futures.

Jones isn’t the only one worried about the long-term ramifications of the Powell Fed’s actions: Morgan Stanley expects the Fed balance sheet to hit $12 trillion by the end of 2021, nearly 3x its pre-corona peak, although the bank is so far stuck in only peddling stocks, which are certainly doing quite well in Venezuela these days. Not well enough to keep up with the currency debasement but well for sure. 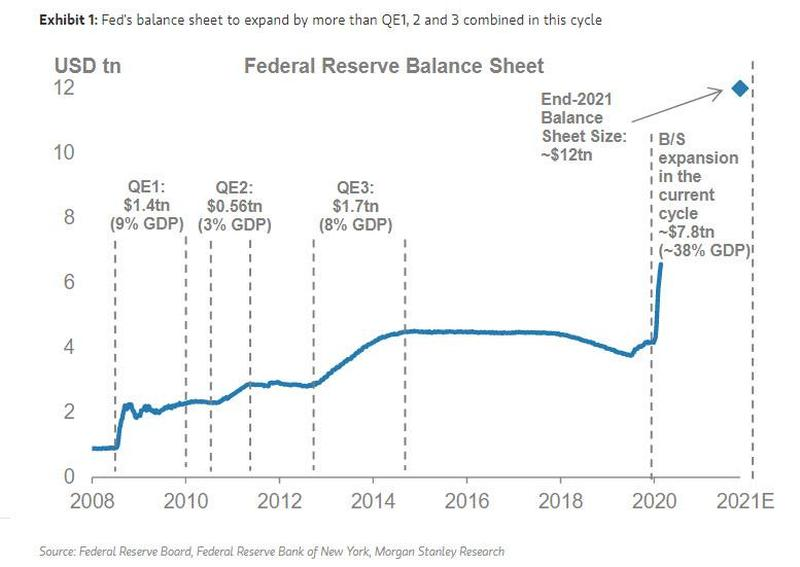 While Jones is focused on the Bass-like reasoning for holding Bitcoin “as a put against the idiocy of the political cycle,” we note that this decision also comes just days before Bitcoin’s next “halving” event.

“Since the Bitcoin halving means that miners will receive half as many Bitcoins for the same amount of work, this doubles the unforgeable costliness of creating Bitcoin,” Yocom-Piatt told Cointelegraph in a May 1 email, adding:

“Miners’ costs are effectively fixed, so to maintain the same profit margins, they are incentivized to double the price at which they sell their Bitcoin. I expect this supply shock will drive the Bitcoin price up by moving offers from miners up substantially.” 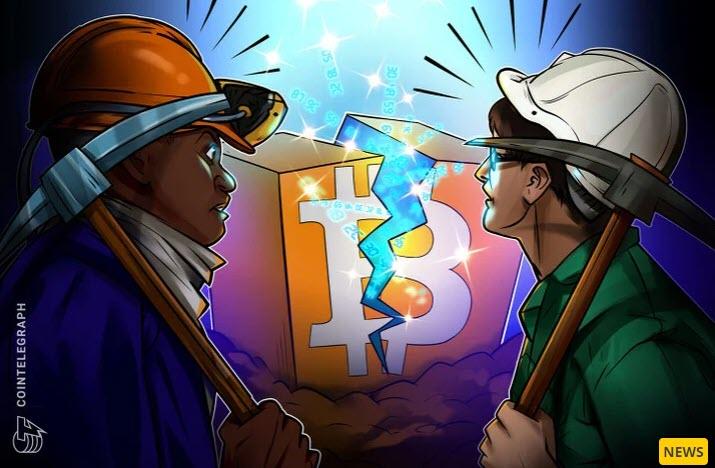 Approximately every four years, Bitcoin completes a halving event based on parameters built into its code. Each halving cuts Bitcoin’s mining block reward in half.

Bitcoin has a maximum supply of 21 million coins, although not all those coins are in circulation yet. Since its inception over a decade ago, Bitcoin has seen its circulating supply grow consistently through mining rewards.

At current rates of roughly every 10 minutes, a miner somewhere in the world finds a block on Bitcoin’s network, receiving a reward of 12.5 BTC. Essentially, this means 12.5 new Bitcoins hit the market every 10 minutes.

On May 11, that reward drops down to 6.25, paying miners less for the same amount of work.

Bitcoin’s price could double in the coming days

Due to this fundamental market dynamic shift, Yocom-Piatt sees higher prices for Bitcoin.

“In the short term, I expect the price to roughly double, but longer term predictions are difficult to make in the context of the boom-bust pattern of cryptocurrency markets,” he said.

“The stock-to-flow ratio is increasing substantially as a result of the halving, so that is good for the longer term price of Bitcoin,” Yocom-Piatt added. 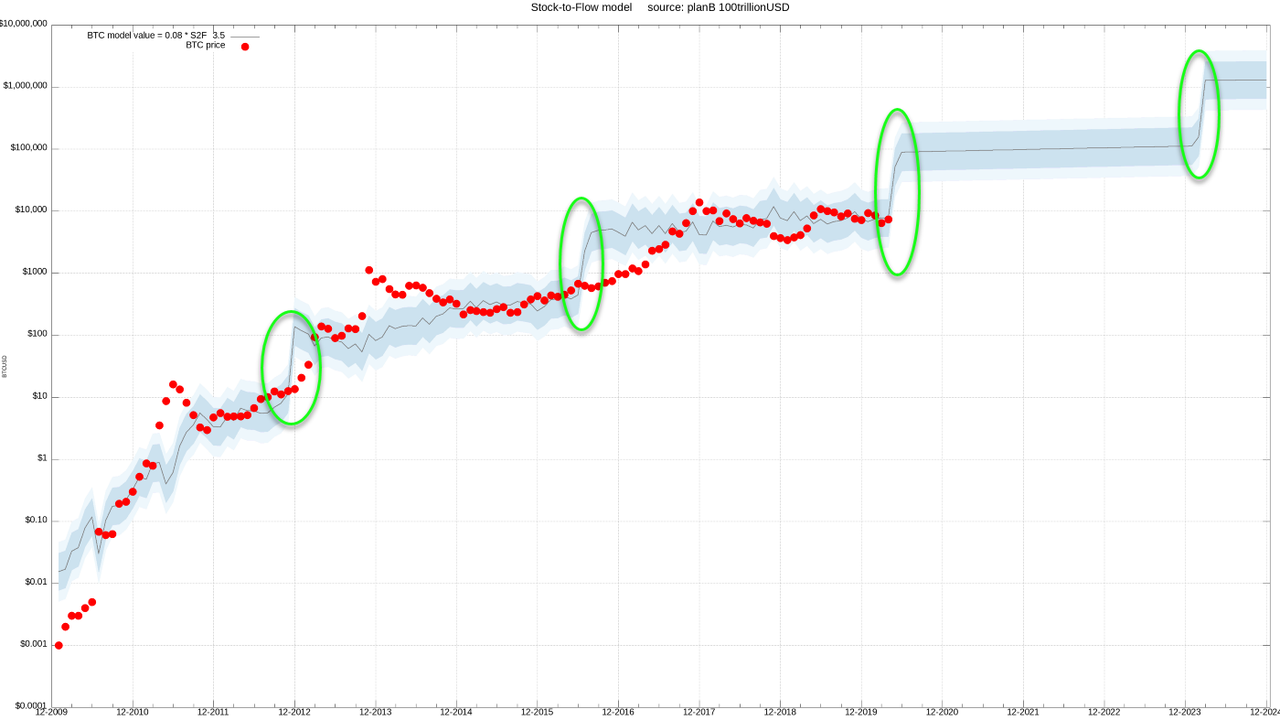 If you are not familiar with the Stock-to-Flow model, we highly recommend reading the original article explaining the background and terminology.

The analyst recently published an updated stock-to-flow chart for Bitcoin, including gold and silver in the mix.

And for those who might be unfamiliar with PTJ’s reference to “gold in the 1970s”, the FT recently published this column exploring how the central banks’ untrammeled money printing could spark an inflationary tidal wave and the return of 1070s-style “stagflation”.