“And the will of Zeus was moving towards its end.”

The recline and flail of western civilization beats on.  Pandemic, economic collapse, full societal breakdown.  The sequence grooves from one to the next with the symbiotic disharmony of a minor pentatonic scale.

Peaceful protests devolved to rioting, looting, and structure fires in our own lowly hamlet last Sunday.  The Long Beach police couldn’t stop the vandals.  So the National Guard was summoned to quell the ransacking.  Some Guardsmen even stuck around to help out with the cleanup effort the following day.

The refrain – pandemic, economic collapse, full societal breakdown – has been repeated in many cities across the country.  For each: The time is now.  The place is here. 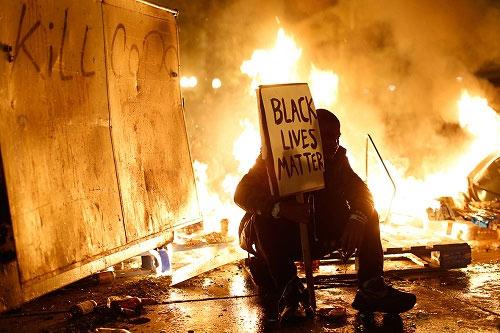 The progression from government pandemic lockdown orders to government curfew orders has been as natural as day to night and back again.  The difference between the two is subtle; like the difference between ketchup and catsup.  The main variance is the local authorities, in what must be an act of public service, now spam our mobile phone each afternoon with warnings to not venture out past curfew.

The events of the last weeks and months have been well covered.  We’ll leave the ongoing documentation tasks to those better qualified.  Instead, we’ll take a step back and look around.  Our aim today is to better understand what’s going on…so we may better anticipate – and plan for – what’s next.

The mass impulse of a cattle stampede can be triggered by something as innocuous as a blowing tumbleweed.  A sudden startle, or a perceived threat, is all it takes to setoff this mass uncontrolled running.  Once the herd collectively begins charging in one direction it’ll eliminate everything in its path.

Modern man, like Bos taurus, is also predisposed to herd behavior.  What’s more, the human animal will take just about anything and everything to the extreme.

After an abundance of speculations have piled up on one side of a trade, they must eventually reverse course and charge elsewhere.  The precise moment and duration are never clear.  But, when the time comes, those standing in harm’s way get trampled.

Social moods and mass collective movements cycle over and under in ways that are only really predictable in hindsight.  Though, if you keep an ear to the ground you may hear whispers of what’s coming.

The solution to high prices, of course, is high prices.  Yet the lessons of the past are often the wrong instructions for the future.

For example, the key lessons from the 1930s were that one should have no debt and keep a large stash of cash outside the banking system.  Other lessons were to plant a vegetable garden,  and to hoard scraps of aluminum and bags of flour and sugar.

Yet those that heeded the lessons of the 1930s and held cash through the 1970s were rewarded with a significant loss of purchasing power.  Their industry and thrift were covertly subtracted from their bank accounts.  The landscape had shifted.

Because the key lessons from the 1970s were that one should borrow large amounts of money; and, one should not hold a stash of cash.  This was especially true if the borrowed money was used to buy a house.  The debt burden was quickly cut in half and house prices ballooned up.

The result is that one generation shuns credit like the black plague of death.  The next laps it up like pigs eating slop.  What are the lessons from yesterday to be applied to tomorrow?

The lesson from the Great Recession is that the Fed can flood financial markets with unlimited credit that’s created out of thin air without consumer price inflation.  Naturally, we’re suspicious of this lesson.

Now, as the economy’s buckled, the Fed’s up to its antics again.  But this time rather than just bailouts for big business and financial markets, the people demand bailouts too.  And the modern monetary theory (MMT) crowd can point to the lesson of the past decade, and the lack of price inflation, as justification for printing money.

This, alas, will prove to be the wrong lesson entirely.  As economic output slumps and unemployment spikes the free money will not solve the wealth disparity problem.  Rather, it’ll exasperate it…along with social discord, discontent, and dissonance. 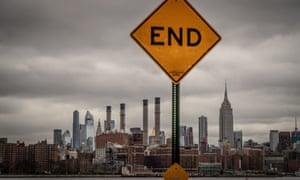 Sing it loud, sing it proud!