Norway For Sale: Are Russia And China Really Buying Up Norway’s National Resources?

By Jonathan Williamson, via Norway Today,

The past year has seen the world economy blighted by the impacts of the COVID-19 pandemic. The pandemic has impacted every corner of the globe and every sector in the world economy. However, there are some countries that have emerged, post-lockdown, relatively unscathed. 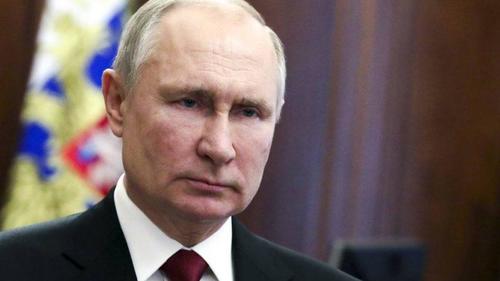 Generally, those with an authoritarian regime, that are less bound by electoral cycles, individual freedoms, and market-driven economies, have been able to shut their country down efficiently. The ease at which countries can mobilize the military, to both enforce lockdowns and aid in mass vaccination programs, has helped in the quicker reopening of their economies than other freer countries.

These countries have thus been better placed to able be to take full advantage of a weaker global economy. The huge drop in international productivity, business, and trade has seen governments worldwide prop up sectors of their economy with enormous financial support. This has allowed an almost “firesale” of key strategic national companies and resources.

Norway has seen a surge of Chinese and Russian investment in recent years. The Chinese government-owned ChemChina acquisition of Elkem, from Orkla, in 2010 was seen as the start of this era. Having the Chinese government as the biggest shareholder in this strategic Norwegian chemical company, which produces precious metals and alloys, raised eyebrows.

The past year, especially, has seen China and Russia increase their presence and flex their economic muscle in Norway due to a weaker economy affected by COVID-19. The impact of this pandemic on the travel industry saw the government bailout Norwegian Air Shuttle to the tune of nearly NOK 3 billion last year. With government support popping up a vulnerable airline, the Chinese state-owned BOAC Aviation Ltd company, according to Norwegian Broadcasting (NRK), swooped in to acquire 12.67% and thus become the second-largest shareholder.

The recent controversial NOK 1.6 billion sale of the Bergen Engines factory, in Hordvikneset, to the Russian-controlled TMH International is another example. The sale had tentative government support, in collaboration with four government ministries (Trade, Foreign Affairs, Defense, and Justice – who all signed off on the deal). However, as the largest client of Bergen Engines is the Norwegian Navy, there was concern, both from Norway’s military and fellow NATO members, about key military technology falling into Russian hands. The sale has been temporarily suspended due to “safety concerns,” according to Justice Minister Monica Mæland.

The government line is that both are private commercial transactions of which there should be no interference. However, not all are happy. The economic encroachment of authoritarian countries, into key strategic sectors of the Norwegian economy, has sparked a broad political discussion about the repercussions of such acquisitions.

The past decade has seen an aggressive rise, not just in financial markets, of authoritarian countries. There is a feeling that having such countries acquire a position in the Norwegian economy is not only bad business but also undermines national security. An updated version of the Security Act (Sikkerhetsloven) came into force in 2018 specifically to counter these aggressive acquisitions.

Lately, politicians, like Emilie Enger Mehl (SP), have been questioning the point of having updated the Act when such acquisitions can go ahead with seemingly little government due diligence. The Act now gives the National Security Authority (the regulatory body for overseeing such acquisitions) scope to block such deals. Foreign acquisitions of both private and public Norwegian companies that perform, either directly or through supply chains, a “basic national function”, can be prohibited on national security grounds. This can be applied broadly to sectors of the economy, not just those associated with defense and the military.

The economic presence of countries like China and Russia, in Norway, has also caused alarm in the Norwegian Foreign Intelligence Service. Handing down its annual report last year, Lieutenant-General Morten Haga Lunde said countries, like Russia and China, “…have political systems with close and intended ties between politics and economy, between state and private, and between civilian and military spheres.” The acquisition of Norwegian resource companies, for example, now has political as well as economic considerations.

The application of the Security Act was hinted at by Justice Minister Monica Mæland in a press conference at the Norwegian parliament (Storing) on Tuesday. Discussing the temporary suspension of the sale of Bergen Engines, she admitted that “we are now at a point where there is great uncertainty about national security interests” (of the sale), according to NTB. The impression was that the government is very much thinking about using the act to permanently stop the sale.

While various Intelligence Agencies in Norway have signaled China and Russia as the biggest threat increasing with their recent economic presence, the Chief of Armed Forces Eirik Kristoffersen still wants an improved dialogue. At the forefront of NATO’s border with Russia, Norway must delicately balance economic, political, and military affairs.

The complexity of the ongoing debate about the acquisition of key Norwegian resources, infrastructure, or companies can be best summed up by the Arctic region of Norway. Here is an area that is both underpopulated but resource-rich. Huge investment is needed for infrastructure and employment opportunities. These opportunities have, recently, been exploited not by Oslo but by Moscow and Beijing.

The Arctic region has seen increased Chinese attention. Recent years have seen China not only release a white paper outlining its own “Arctic Policy” but also Chinese companies develop a significant presence. The Halogaland Bridge, near Narvik, was built with Chinese collaboration as an important link crossing the Rombaken fjord to the nearby European road E6. This is part of the Chinese government’s development of the Arctic as a Northern route for its route “Belt and Road Initiative,” establishing key infrastructure that will link trade routes from Europe to China.

Sharing a land border with Norway, Russia has a more established presence in the region. The Russian company Novatek has started to build a world-leading oil and natural gas facility in Murmansk, some 250 kilometers from Kirkenes. Employing over 15.000, there is a hope this will turn the far Northern Arctic into a new global trade hub. However, the fact remains that much of the natural resources lie in Norwegian territorial and economic waters.

With rising global temperatures, the once unnavigable Northern Sea route, linking Europe with Asia, has become a major focus. There is already a Sino-Russian joint natural gas joint venture in the region and increased cargo shipping activity. There is a hope to fully develop Kirkenes as a deep water port which would help trade opportunities for Norway, China, and Russia.

Juggling the geopolitics of money

With a recent history of authoritarian countries increasing their presence in the Norwegian economy, where does this leave the Norwegian government seen as a champion of human rights?

Historically, the Norwegian government’s foreign policy has been the promotion of those rights enshrined in the United Nations Declaration of Human Rights: namely freedom of opinion, religion, speech, equality, privacy, a fair trial, and the freedom from torture. Lately, the Norwegian government has also championed peace diplomacy, the greater inclusion of women into economic and political life, and climate change.

Espousing such freedoms, of which many of these countries that are increasing their economic presence in Norway simply do not have, has led, to diplomatic conflict. The further integration of such countries to the Norwegian economy, holding strategic resources, companies, or infrastructure, has led to a belief that these holdings could be used to influence Norwegian policy

The same year that ChemChina acquired its stake in Elkem, the Norwegian Nobel Committee awarded its annual Peace Prize to Chinese writer and noted dissident, Liu Xiaobo. Though the Committee is an independent entity to the government, the Chinese saw this as a direct slight and froze off diplomatic relations for 6 years. This meant the stalling of free trade talks which have only just resumed. Since then, the Norwegian government has been more circumspect in its dealings with China.

The complex integration of the Norwegian and Russian economy has been highlighted by the Norwegian Wealth Fund. Regardless of EU and US sanctions, the Wealth Fund increased its ownership of Russian companies, mostly in the oil and gas sector. With more Norwegian cash flowing into companies associated with the Putin regime, like Gazprom, there is the probability that this money will be used to prop up a faltering economy… and regime.

The stronger presence of Russia and China, in Norway, has led to an ongoing discussion very much at the center of Norwegian society. As the Norwegian government is undergoing free trade talks with its Chinese counterpart, the youth wings of all major political parties (apart from the Progress Party) have voiced their opposition. They want an immediate ceasing of relations due to China’s recent human right record of the treatment of its Muslim Uyghur population.

A recent study of attitudes towards foreign investment published saw widespread skepticism of Russia and China. What was interesting was an age disparity where younger people seemed to be less skeptical of Russian and Chinese investment. As the Cold War ended a generation ago, and China has since aggressively embraced a market economy, there is little collective memory of living next to the “iron curtain” and the perils of communism.

Though the presence of countries like China and Russia, in the region, is not a recent phenomenon their increased economic activity is. What is needed now, more than ever, is a sensible debate about the long-term repercussions of any form of money from countries not necessarily aligned with many aspects of Norwegian society. As the old Norwegian proverb goes “Better an empty purse than wrongly got money.”