Things are going so splendidly for the Fed-backed stock market of 2020 – despite tens of millions of people being unemployed – that neither the market, nor its participants or regulators, care if companies are headed by questionable characters and in many cases (wire)frauds – even when the evidence is piling up before their eyes.

For example, we have been reporting on the unfolding battle between Nikola and short seller Hindenburg Research who, last week published a scathing (nearly 100 page) report calling the company an “intricate fraud” and comparing it to Theranos.

Nikola shares fell almost 25% over the last two trading days of the week last week after founder Trevor Milton failed to reassure the market about Hindenburg’s claims of fake product launches and potentially deceiving both investors – and General Motors – that followed similar reporting from Bloomberg weeks ago. 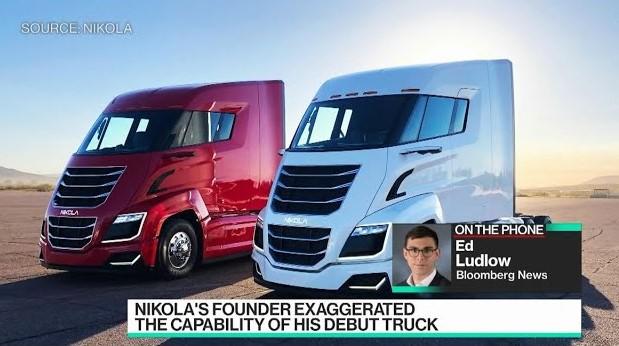 Naturally, Milton has been in damage control mode since Thursday when the report was released, but instead of refuting the claims has been repeatedly attacking the messenger(s), lashing out in profanity-laden tirades on his Instagram account (see here) and promising substantial responses via Twitter which have yet to come. On Friday morning the company “responded” likely by heeding the advice of its counsel and putting out a perfunctory 5 paragraph press release despite a prior promise of a detailed debunking.

But Milton has remained active on Twitter and, in a series of Tweets last night discussing the whereabouts of the clean energy guru’s own gassed up private plane (which is being actively watched by some Twitter accounts), Milton comments: “Those are employees heading to Germany for the Nikola Tre trucks.. You know, the that were not suppose to exist according to the hit job. Lol. I’m in utah / Arizona for the weekend.”

Nikola President Mark Russell also said on August 4 that the Nikola Tre trucks were “coming off the end of the facility at this
point.”

But Hindenburg called the company’s partner, Bosch, who reportedly told them: “No they are not ready yet. I don’t know exactly the year but we’re working on it.”

Perhaps in an effort to debunk Bosch’s comments, Milton apparently thought it wise to post pictures of what appear to be uncompleted Nikola Tre trucks still being built in a work area that looks nothing like an assembly line.

These were planned to release later but alleged trucks didn’t exist in Ulm Germany. Do these look fake? Thanks to the Ulm fab / assembly teams for showing the trolls what’s up. You guys have my admiration. F@&k the haters. Well come back stronger from the lies spread about us. pic.twitter.com/uqkAxyAG8o

In a report out Saturday morning, Bloomberg says that Milton and Russell’s statements about the progress of the Nikola Tre were a “mischaracterization of Nikola and Iveco’s progress in Ulm,” adding that “the assembly line is still under construction and not yet operational or building prototypes. There are prototypes being built by hand in a workshop, one of the people said,” according to Bloomberg. 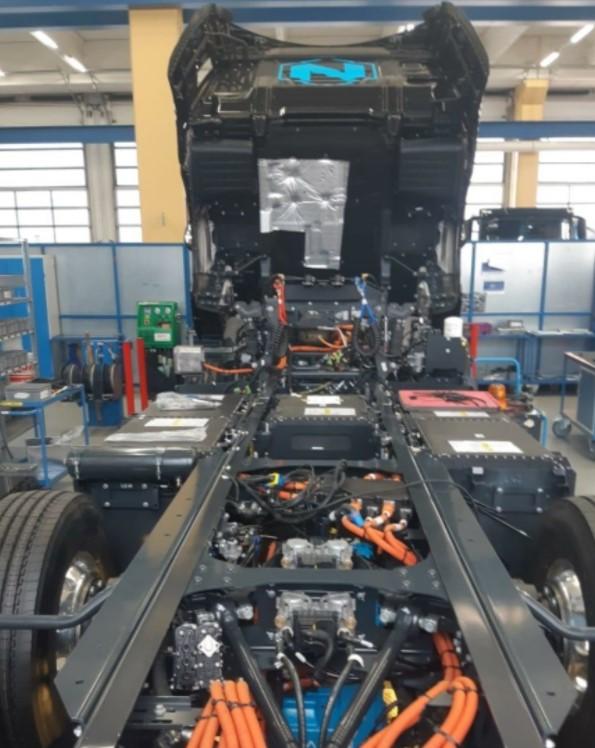 1. What is Nikola contributing to this partnership IP-wise that IVECO isn’t supplying? After all the IVECO model and the Nikola Tre prototype look nearly identical: 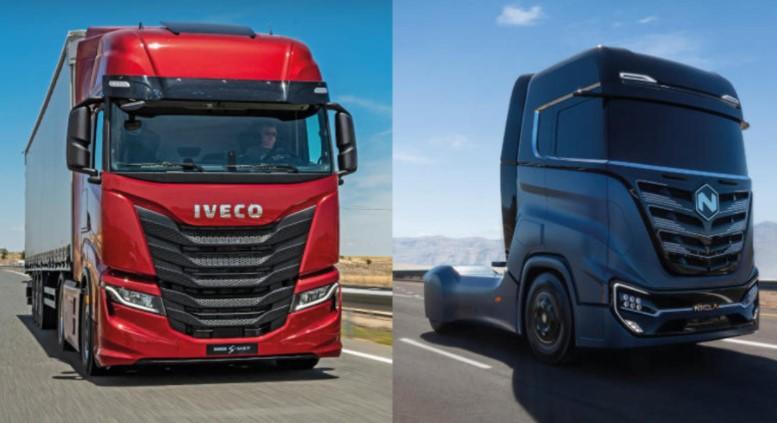 2. Why did Milton need to send employees on his private jet in what appear to be a late night scramble to Germany to prove trucks built in July really exist? Can’t someone in Germany just take pictures or video?

Regardless of the answers to these questions, Milton has also failed to simply outright deny some of the boldest claims in the Hindenburg report, including the claim that the company’s Nikola One Semi Truck demonstration video was a non-working semi truck that was simply pushed down a hill in the desert.

In fact, when FT followed up with Nikola President Russell, he offered a resounding “no comment”:

Nikola faked a video of one of its trucks by making it look like the vehicle was driving under its own power when it was really only rolling downhill, according to Hindenburg’s report — a claim backed up by FT reporting this week. “It was built to be a working prototype,” Mr Russell insists of the truck. But did it actually work? His answer, after a long pause: “I wouldn’t comment on that.”

He also seemed to take a step back on Milton’s claims that the company was an innovator with proprietary technology, instead referring to them as an “integrator”:

Asked about Mr Milton’s claim to have all the “core” technology for its vehicles, Mr Russell described the company as an “integrator”, stitching together the many elements of its vehicles from a complex supply chain. “The most important thing you can deliver to any market is an overall solution,” he said.

In other words, the company now wants us to know that everything it said about itself in the past doesn’t appear to be true. But don’t let that stop the market from assigning a $15 billion valuation to this revenue-less, product-less “revolutionary” company that is apparently going to change the world.

The only question now is whether or not Milton has hit “Musk-style” escape velocity to make it out of this over the long run. Given the state of regulation in the public markets right now, we wouldn’t be surprised.