We’ve all experienced the intrusive moment when an advertisement has creepily shown up on our social media feed after talking about it. This is super annoying in a world where corporate America spies on users via smartphone sensors. What’s even more intrusive is Ford Motor Company’s new patent wants to use a vehicle’s camera to detect billboard advertisements then blast the information on its infotainment display.

Prepare to be bombarded with corporate advertisements in future Ford vehicles if the new patented system, called “Billboard Interfaces For Vehicle Displays,” is integrated into cars.

The United States Patent and Trademark Office (USPTO) granted Ford the patent on May 6. It reads:

Here’s a screenshot of the patent via the USPTO website. 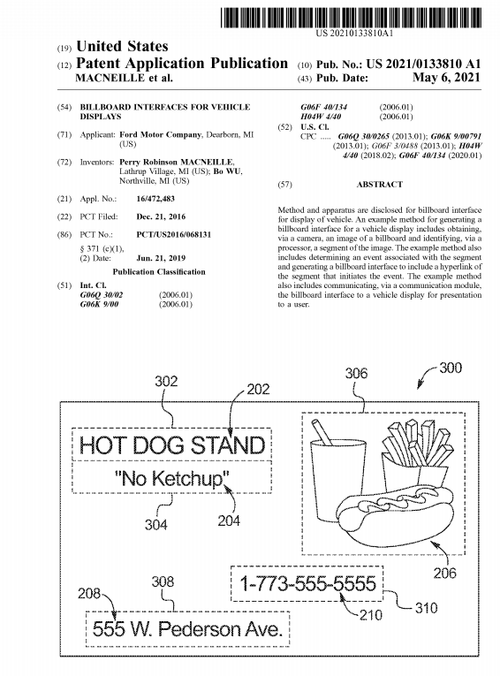 Despite less traffic on highways because of the virus pandemic shifted office work to home, billboards are still very important for advertisers because they reach consumers on an unconscious level. Now Ford wants to bring billboards inside the car, which would be irritating if you’re trying to enjoy a peaceful Sunday drive.