Nuclear power is officially a part of President Emmanuel Macron’s plan for France to become a green leader by 2030.

The country is looking at the idea of building smaller nuclear reactors, according to a plan to become a leader in green hydrogen that was detailed this week.

“We must wage the battle of innovation and industrialisation at the same time,” the French president told a gathering of business leaders and young entrepreneurs, unveiling plans to invest €30 billion ($35 billion) to “re-industrialise,” Macron said in remarks, according to France 24.

Widely seen as laying out his plan for reelection, Macron said that France was going to build “a low-carbon plane, a small modular reactor as well as two megafactories for the production of green hydrogen” by 2030.

He called his plans “France 2030” and said they would offer benefits to smaller startup companies in the space. 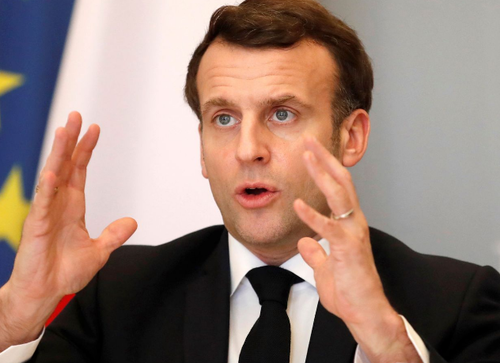 Speaking about ongoing supply chain shortages, he said: “We must rebuild a framework to ensure the productive independence of France and Europe. The winner takes it all.”

Macron seems to be adopting the attitude of countries like Finland and Japan, both of whom seem to be once again warming up to the idea of nuclear power. Finland, we noted today, is officially lobbying the EU for “sustainable” status for nuclear power.

Last month, we pointed out when shares of Japanese utility companies surged after after Taro Kono, the administrative reform minister and the most likely candidate to replace Yoshihide Suga as prime minister, said Japan needs to restart nuclear power plants, in order to realize its goal of achieving carbon neutrality by 2050.

“It’s necessary to some extent to restart nuclear plants that are confirmed to be safe, as we aim for carbon neutrality,” Kono, currently regulatory reform minister, told reporters according to Japan Times.

“Basically, our priority is to increase the use of renewable energy sources, but it would be possible to use nuclear plants whose safety is confirmed for now if there are power supply shortages,” Kono said, adding that while “nuclear plants will disappear eventually, I’m not saying that they should be scrapped immediately, like tomorrow or next year.”