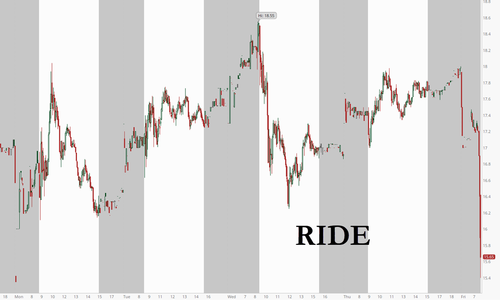 Hindenburg is best known for being the firm that called Nikola an “intricate fraud”, which led to the departure of the company’s founder and eventual probes by several regulatory bodies.

The Lordstown report alleges that the company is an “EV SPAC with no revenue and no sellable product” which has “misled investors on both its demand and production capabilities”. Hindenburg takes specific exception with the company’s pre-orders, stating that their “conversations with former employees, business partners and an extensive document review show that the company’s orders are largely fictitious and used as a prop to raise capital and confer legitimacy.”

The report points out several examples:

The report also alleges that “a small consulting group called Climb2Glory was paid to generate pre-orders” for Lordstown. It also says that “…in January 2021, Lordstown’s first street road test resulted in the vehicle bursting into flames 10 minutes into the test drive.”

Hindenburg also released a video in a series of Tweets:

We will update this piece when Lordstown responds to the allegations.