Just days before the election, but certainly still dismissed from coverage by the very networks that for years peddled the hoax, the final nail has gone into the Steele dossier coffin.

Already widely debunked, including by no less than Special Counsel Robert Mueller who the Steele dossier advocates put all their hopes in only for their delusion to eventually be shattered, a key source for many of its claims has been revealed by The Wall Street Journal to be a disgruntled Russian PR executive living in Cyprus.

40-year old Olga Galkina “stood as the dossier’s most important contributor,” WSJ reported, after she was tapped by her old school friend and Steele’s employee, Igor Danchenko, to dig up dirt of Trump’s dealings in Russia using the “vast network of people” from her various jobs in and out of the public sector.

Described as a public-relations executive, she “fed notes” to Danchenko for the dossier, including many of its most central claims. And of course behind all of this was British spy Christopher Steele, himself paid by Fusion GPS, and behind this the DNC itself.

They knew each other since the 8th grade in Perm, as the WSJ details:

Mr. Danchenko told the FBI that a school friend, referred to in heavily redacted FBI notes as “Source 3,” had provided him with information for Mr. Steele “across a wide range of topics,” and stood as the dossier’s most important contributor. The former high-ranking U.S. national-security official told The Wall Street Journal that the source in question was Ms. Galkina.

It was Galkina who claimed Trump’s former lawyer Michael Cohen secretly contacted Russian intelligence in Prague to establish compensation for DNC hackers in the summer of 2016. Crucially she had fed Steele’s team the name of her own Cyprus-based employer Webzilla as being behind the hack under company owner Aleksej Gubarev.

So the Steele Dossier that kicked off 4 years of Russiagate hysteria among the US ruling class was cooked up by two Russian alcoholics from Perm. “Gogolesque” does not begin to describe the grotesque credulity & stupidity of the American elites.https://t.co/LynUT8KLWx

At the very time Galkina was feeding Danchenko the information she was locked in an ugly dispute with her employer (the parent company of Webzilla) which she was intent on taking down. A mere eight months after starting at Webzilla in Cyprus, the company was forced to contact Cypriot police over her erratic and even dangerous behavior, which included frequently showing up to work late and drunk while making threats.

The WSJ notes that its reporters have reviewed the police statement, which revealed further: “The manager told police that an acquaintance of Ms. Galkina had told him he would face deep trouble, including possible death, unless he paid €10,000 ($11,740) in compensation, according to the statement, which was confirmed by a Cypriot official and a person who attended its recording.”

It is here that the report emphasizes the crucial timeline:

In November 2016, Ms. Galkina was fired. Weeks later, she implicated Webzilla and Mr. Gubarev in the hacking, according to people familiar with the matter.

Thus the “damning” information on Trump and associates which triggered a special counsel investigation and what was literally multiple years of 24/7 media Russiagate hysteria originated with a deeply disgruntled executive that was let go after a lengthy and messy fight that even saw local police get involved at one point.

Oh shit, I KNOW the girl WSJ just named as the source of Steele dossier. (And yeah, she’s probably made the whole thing up)

If you have five minutes for an illustration on how disinformation actually works, read this March, 2017 Vanity Fair article on Steele’s sources and compare to what we now know.

By 2018 polls showed that a whopping over 80% of Democrats bought into the key claims that collectively made up ‘Russiagate’. The Steele Dossier was of course the major driver that kicked it all off. 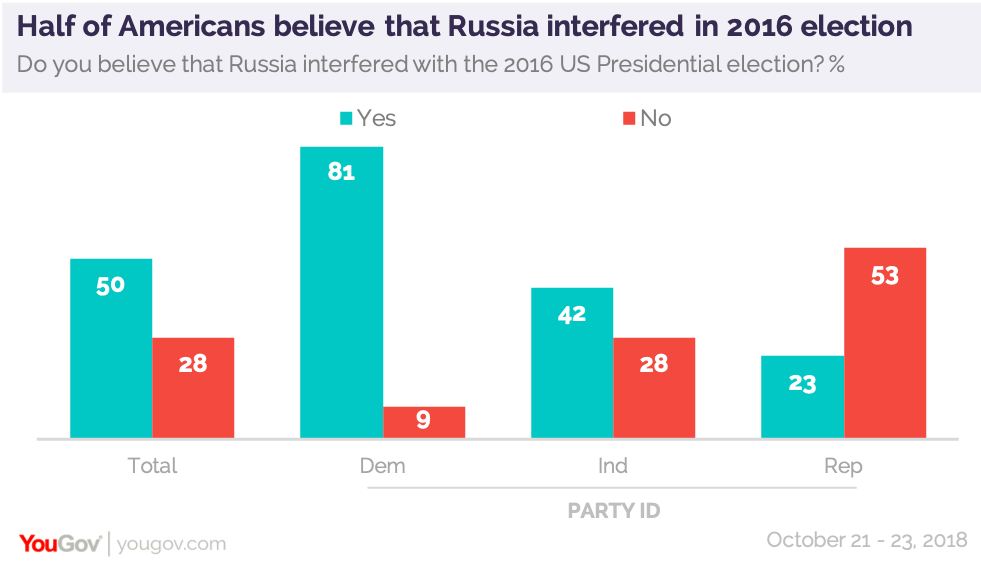 In light of the revelation, journalist Mark Ames put it best…

“So the Steele Dossier that kicked off 4 years of Russiagate hysteria among the US ruling class was cooked up by two Russian alcoholics from Perm. Gogolesque does not begin to describe the grotesque credulity & stupidity of the American elites.”