Iran has warned both Azerbaijan and Armenia over multiple instances of errant missiles landing within Iranian territory amid fighting over the disputed Nagorno-Karabakh autonomous region. Both countries share a border with Iran’s northern provinces, and in some cases fighting has been so close to Iran’s border than Iranian citizens are close enough to watch the battle unfold before their eyes.

On Thursday Iran’s state media reported a major incident wherein at least 10 missiles landed to two Iranian villages of Khudaferin district. Iran’s IRNA said one missile struck a house, injuring a civilian. Iran’s foreign ministry promptly warned both sides of the war that harm to its citizens is a “red line” for which the Islamic Republic would respond.

“The security of our citizens living in border regions is the red line of our armed forces,” Foreign Ministry spokesman Saeed Khatibzadeh said.

He futher vowed that “next time, Iran would not remain indifferent,” according to regional media.

There’s already been rumors in local media that Iran had fired back against the warring parties, however, Iranian Foreign Ministry spokesman Saeed Khatibzadeh denied this had happened.

But he slammed the errant missile fire as “disturbing” and “totally unacceptable” while reiterating that Tehran is willing to mediate talks toward a ceasefire between the two former soviet countries. 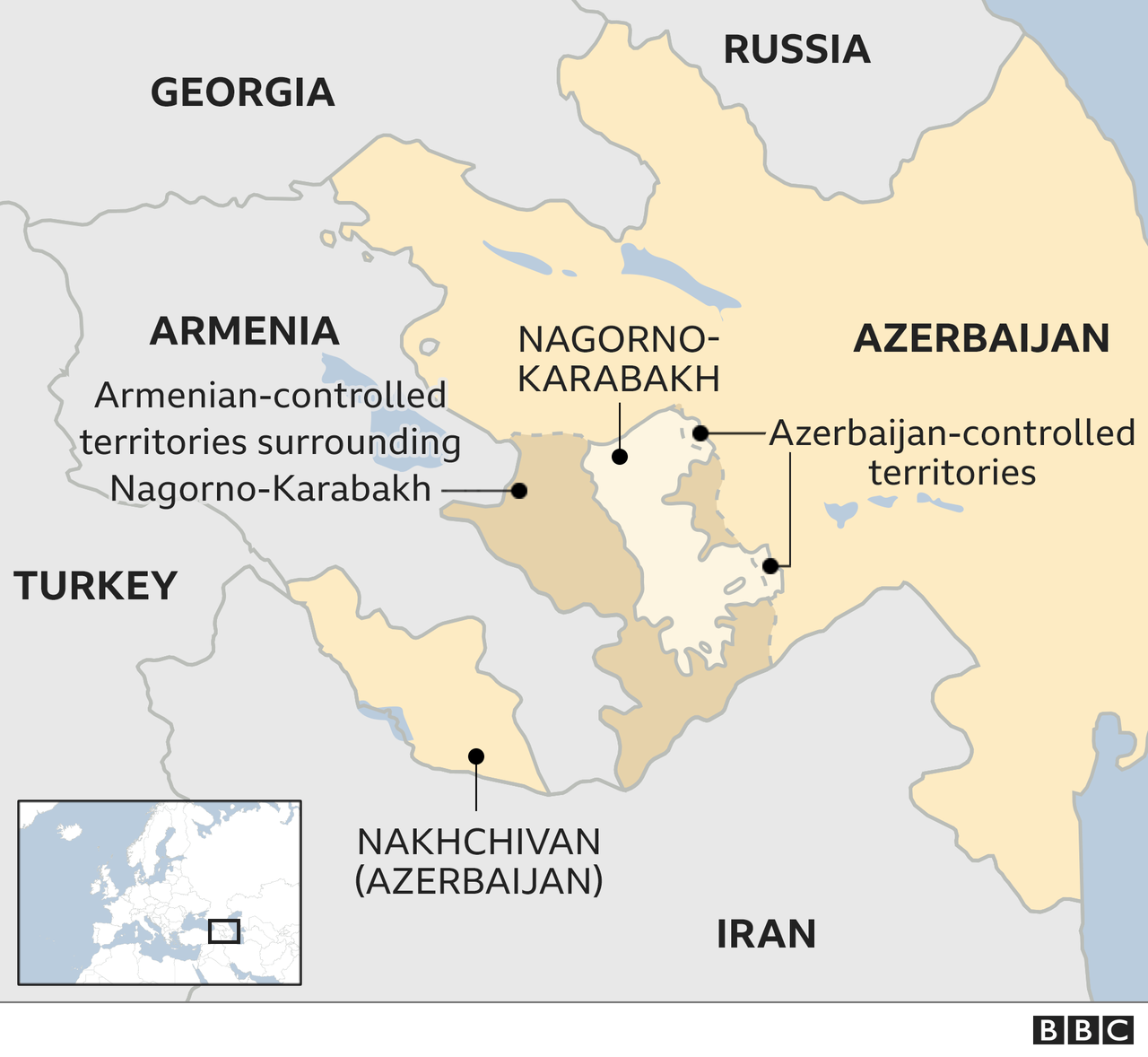 From the start of intense fighting last month the below footage taken from the Iranian side was widely circulated:

Last week Iranian President Hassan Rouhani warned of regional spillover if the fighting does not stop. “We must be attentive that the war between Armenia and Azerbaijan does not become a regional war,” he said as reported in BBC.

“Peace is the basis of our work and we hope to restore stability to the region in a peaceful way,” he underscored.