Every now and again, when a sense of doom falls suddenly upon them, the bulls turn to bears.  That is to say, they turn from buying stocks to selling.  What is it that prompts them to panic?  What turns emotions so quickly from greed to fear?

The answers to these questions come a dime a dozen.  You can certainly dream up answers that are at least as good as anything professional analysts put forward.  The most convincing answers, whether true or not, are often those tied to current events.

For example, on Monday stocks sold off.  The Dow Jones Industrial Average (DJIA) dropped 410 points.  The popular rationale was that stocks sold off because of gridlock in Congress over passing a new stimulus bill.  On Tuesday the DJIA was up 113 points.  Apparently, this was because stimulus talks were back on.

But that was before Wednesday, when the DJIA dropped 97 points because the imminent stimulus agreement was still imminent.  Then, on Thursday, the DJIA jumped 152 points because stimulus talks were getting warmer.

Moreover, what if the new coronavirus bailout bill passes, but it’s only $1.9 trillion?  Is that less bullish for stocks than a $2.2 trillion handout package?  These are the sorts of inane questions one must ask in a world where the stock market’s been corrupted by government intervention.

The Treasury, of course, borrows the fake money from the Fed.  The Fed gets the fake dollars to loan to the Treasury by creating new credit from thin air.  The symbiotic disharmony of fiscal and monetary stimulus is doomed to fail.  But, in there interim, the stock market loves it.

Yet as more and more fake dollars are doled out to somehow stimulate the economy, the existing stock of dollars is diluted.  The dollar’s value becomes worth less and less.  John Maynard Keynes, in his 1919 work, The Economic Consequences of the Peace, elaborated how it works:

“By a continuing process of inflation, governments can confiscate, secretly and unobserved, an important part of the wealth of their citizens.  By this method they not only confiscate, but they confiscate arbitrarily; and, while the process impoverishes many, it actually enriches some.”

You see, something both strange and awful is taking place.  The new fake dollars look and feel like real dollars.  They still show up in your bi-weekly paycheck.  You can count them up.  You can see them in your bank account.

But when you go to spend them.  When you use them to buy your family a week’s worth of food at the supermarket, or to pay your monthly utility bill…the dollars no longer work the way they used to.  They’ve been corrupted.  Their value has been confiscated by Washington’s inflationism. 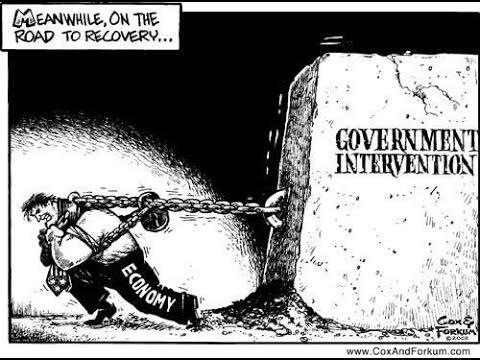 The dollar has lost over 96 percent of its value since 1913.  That means, today’s dollar would be worth less than 4 cents back in 1913.  How much longer this dollar corruption can continue is uncertain.  But there are limits, even if they cannot be strictly defined.

For example, how much bread can be added to a meatloaf before it’s fully corrupted?  How many printing press dollars can be added to the economy before they’re rejected as payment by foreign trade partners?

We may soon find out…

The U.S. national debt’s over $27 trillion.  Yet gross domestic product is only $19.5 trillion.  The budget deficit for 2020 alone was $3.1 trillion.  The forthcoming coronavirus bailout bill ensures that at least $2 trillion more will be added to the debt in 2021.

This debt will never honestly be paid.  But it will be dishonestly paid.  And you’ll get to pay it.  In fact, you already are.  You’re paying it through inflationism.

Here Keynes, in agreement with Lenin, explains what’s going on:

“There is no subtler, no surer means of overturning the existing basis of society than to debauch the currency.  The process engages all the hidden forces of economic law on the side of destruction, and does it in a manner which not one man in a million is able to diagnose.”

As goes the money, so goes society.  When money’s corrupted, society soon follows.  No doubt, with each passing day, this natural axiom is being clarified with exacting rigor.