Coronavirus cases climbed in both Europe – where France reported a new post-lockdown record of new cases – and the US yesterday, prompting renewed fears of a second wave. Police in Berlin broke up a march against Germany’s coronavirus restrictions on Saturday because the thousands of demonstrators mostly refused to wear masks and adhere to social distancing rules.

After French President Emmanuel Macron said yesterday that while he doesn’t want to impose new lockdown restrictions, he would if he felt there was no better alternative, UK Health Secretary Matt Hancock warned in an interview that Britons may face “very extensive” local lockdowns should a feared second wave emerge in the winter.

Hancock added that he’s operating under the assumption that a vaccine will be widely available “some time next year”. Until then, the government will have to rely on three “lines of defense” to stop the spread of the coronavirus: social distancing, testing and tracing and local lockdowns.

Meanwhile, the US added 47,860 virus cases Friday, bringing the total to 5,913,913, as more cases were reported at schools around the country. As President Trump demanded that college football return ASAP, the University of Alabama, a football powerhouse, reported more than 1,000 cases since classes began.

With California on the cusp of becoming the first US state to pass the 700,000 confirmed cases mark, Gov Gavin Newsom said late Friday that the state would impose new rules protecting small business owners from eviction.

Landlords in the state won’t be allowed to evict renters before Jan. 31, 2021, at the earliest, as long as partial payments and certain declarations are made. Meanwhile, landlords will be protected from foreclosure by the banks (though we suspect Wells Fargo will still find a way).

Earlier in the day, Newsom unveiled new economic guidance that will allow industries and counties more flexibility around reopening.

Victoria, the epicenter of the pandemic in Australia, reported 94 new infections for Friday, its lowest reading since July 4, as the outbreak in the region finally abates.

The state’s health department also reported Saturday via Twitter that there were 18 deaths from the disease. The second-largest state has been under strict lockdown restrictions to combat the virus, and the central bank estimates the effective isolation is set to push the national unemployment rate up to 10% later this year.

The country’s largest state, New South Wales, reported 14 new cases, eight of which were linked to an emerging cluster centered on a Sydney gym.

For the third straight day, Indonesia on Saturday reported a record jump in new coronavirus infections, with 3,308 new cases taking Indonesia’s tally of infections to 169,195, while 92 new deaths pushed its death toll to 7,261. 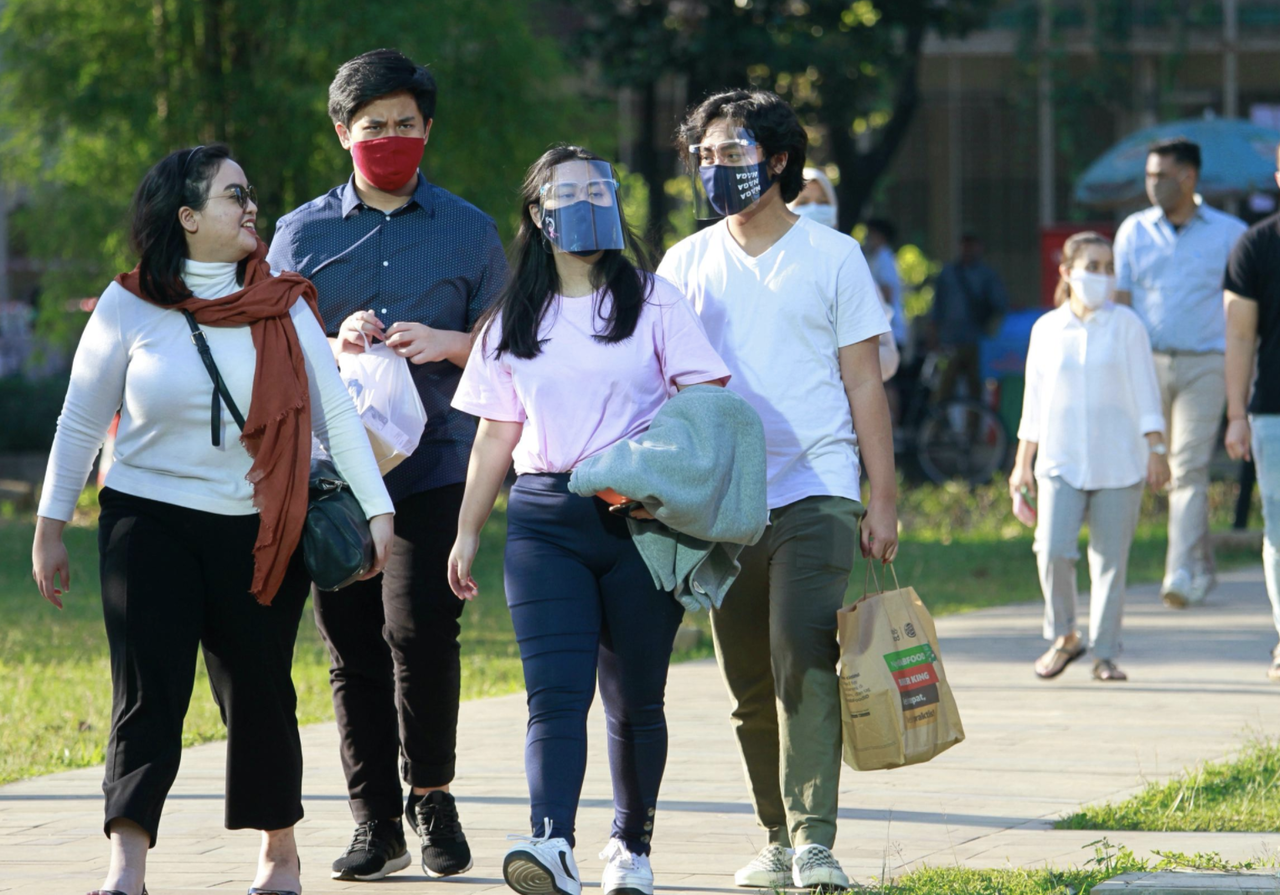 After notching a string of its own records, including the most new cases reported in a single-day by any country on earth, India reported 76,472 new coronavirus cases on Saturday, slightly below its record numbers from the past couple of days.

In Nearby Malaysia, the government extended its pandemic-inspired restrictions, including a ban on foreign tourists, until the end of the year.