In The Long Run… We Are All Alive

In 1976, economist Herbert Stein, father of Ben Stein, the economics professor in Ferris Bueller’s Day Off, observed that U.S. government debt was on an unsustainable trajectory.  He, thus, established Stein’s Law:

“If something cannot go on forever, it will stop.”

Stein may have been right in theory.  Yet the unsustainable trend of U.S. government debt outlasted his life.  Herbert Stein died in 1999, several decades before the crackup.  Those reading this may not be so lucky.

Sometimes the end of the world comes and goes, while some of us are still here.  We believe our present episode of debt, deficits, and state sponsored economic destruction, is one of these times.. 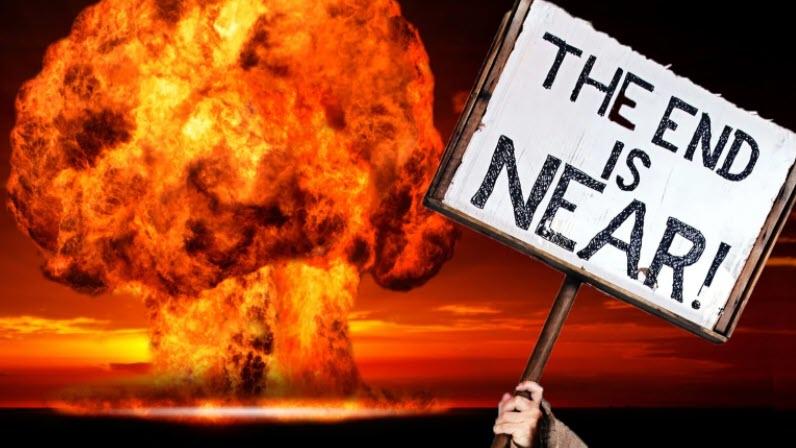 We’ll have more on this in just a moment.  But first, let’s peer back several hundred years.  There we find context, edification, and instruction.

In 1696, William Whiston, a protégé of Isaac Newton, wrote a book.  It had the grandiose title, “A New Theory of the Earth from its Original to the Consummation of all Things.”  In it he proclaimed, among other things, that the global flood of Noah had been caused by a comet.

Mr. Whiston took his book very serious.  The good people of London took it very serious too.  Perhaps it was Whiston’s conviction.  Or his great fear of comets.  But, for whatever reason, it never occurred to Londoners that he was a Category 5 quack.

Like Neil Ferguson, and his mathematical biology cohorts at Imperial College, London, Whiston’s research filled a void.  Much like today’s epidemiological models, the science was bunk.  Nonetheless, the results supplied prophecies of the apocalypse to meet a growing demand.

In 1736, William Whiston crunched some data and made some calculations.  He projected these calculations out and saw the future.  And what he witnessed scared him mad.

He barked.  He ranted.  He foamed at the mouth to anyone who would listen.  Pretty soon he’d stirred up his neighbors with a prophecy that the world would be destroyed on October 13th of that year when a comet would collide with the earth.

Jonathan Swift, in his work, “A True and Faithful Narrative of What Passed in London on a Rumour of the Day of Judgment,” quoted Whiston:

“Friends and fellow-citizens, all speculative science is at an end: the period of all things is at hand; on Friday next this world shall be no more.  Put not your confidence in me, brethren; for tomorrow morning, five minutes after five, the truth will be evident; in that instant the comet shall appear, of which I have heretofore warned you.  As ye have heard, believe.  Go hence, and prepare your wives, your families, and friends, for the universal change.”

Clergymen assembled to offer prayers.  Churches filled to capacity.  Rich and paupers alike feared their judgement.  Lawyers worried about their fate.  Judges were relieved they were no longer lawyers.  Teetotalers got smashed.  Drunks got sober.  Bankers forgave their debtors.  Criminals, to be executed, expressed joy.

The wealthy gave their money to beggars.  Beggars gave it back to the wealthy.  Several rich and powerful gave large donations to the church; no doubt, reserving first class tickets to heaven.  Many ladies confessed to their husbands that one or more of their children were bastards.  Husbands married their mistresses.  And on and on…

The Archbishop of Canterbury, William Wake, had to officially deny this prediction to ease the public consternation.  But it did little good.  Crowds gathered at Islington, Hampstead, and the surrounding fields, to witness the destruction of London, which was deemed the “beginning of the end.”

Then, just like Whiston said, a comet appeared.  Prayers were made.  Deathbed confessions were shared.  And at the moment of maximum fear, something remarkable happened: the world didn’t end.

The comet did not collide with earth.  It was merely a near miss.

In The Long Run We Are All Alive

Here’s what we mean…

“In the long run we are all dead,” said 20th Century economist and Fabian socialist, John Maynard Keynes.  This was Keynes rationale for why governments should borrow from the future to fund economic growth today.

Of course, politicians love an academic theory that gives them cover to intervene in the economy.  This is especially so when it justifies spending other people’s money to buy votes.  Keynesian economics, and in particular, counter-cyclical stimulus, does just that.

U.S. politicians have attempted to borrow and spend the nation to prosperity for the last 80 years.  Over the past decade, the Federal Reserve has aggressively printed money to fund Washington’s epic borrowing binge.  Just yesterday, for example, Fed Chair Jay Powell confirmed that the Fed will pursue policies of dollar destruction to, somehow, print new jobs.

The world as it was once known – where a dollar was as good as gold – has come and gone.  Today, in life after the end of that world, we are witnessing the illusion of wealth, erected by four generations of borrowing and spending, crumble before our eyes.