How To Turn A Corporate Credit Crisis Into A Currency Crisis

Surely, Thursday’s stock market selloff didn’t catch you by surprise…now did it?  Why would it?  After going nearly straight up for the last five months, it’s only natural for there to be a pullback.

This was particularly true for technology stocks.  They’d reached such dizzying heights it was just a matter of time before the thin air got to them.  And get to them it did.  Some of the mania’s favorites, like Apple, Tesla, and Nvida, fainted in unison…dropping 8 percent, 9 percent, and 9.3 percent, respectively.

A company called PagerDuty garnered the honor of the day’s biggest loser.  The San Francisco based company, which operates in the cloud, made a graceful 25.8 percent swan dive from its heavenly realm.

So, what should you do about it?  Should you buy the dip?

As far as we can tell, there’s currently no fundamental reason to buy stocks.  But like a pair of Yeezy sneakers or avocado toast, if buying expensive stocks makes you happy…go for it.  Just realize, we are in the midst of a reckoning.  A great catastrophe is upon us.  What’s more, stocks should be the least of your concern.

U.S. gross domestic product (GDP) dropped below $20 trillion during second quarter.  But while the economy has slumped, government debt has spiked.  The U.S. national debt’s now over $26.7 trillion.  Of this, the federal debt held by the pubic amounts to over $20.5 trillion.

This is significant for several reasons.  First, the gap between national debt and GDP is widening.  Second, the federal debt held by the public has eclipsed 100 percent of GDP.  This unsettling factoid was presented in a report released this week by the Congressional Budget Office.

To be fair, the CBO report says federal debt held by the public will hit 98 percent of GDP in 2020.  By our back of the napkin calculations, the 100 percent mark was notched in June.  But that’s beside the point.

For the point is, debt ratios near or above 100 percent of GDP severely encumber economic growth.  And if debt’s hampering economic growth, then how can the economy grow its way out of its massive debt?  Quite frankly, it can’t. 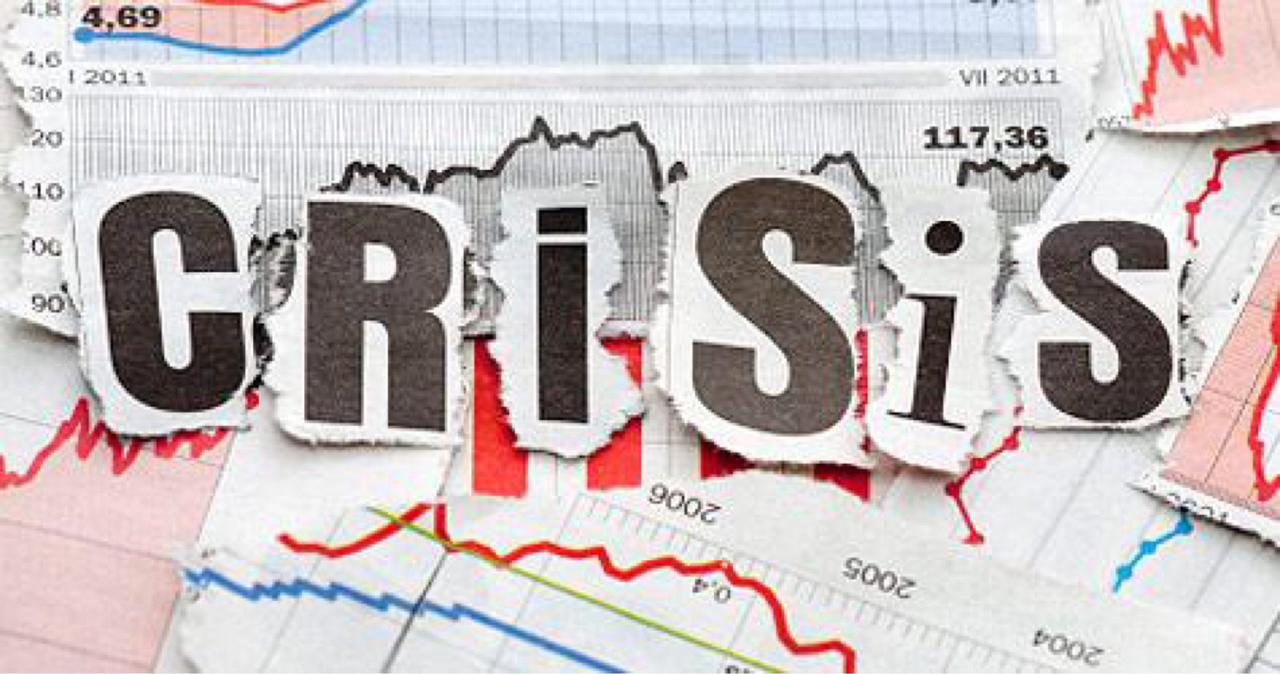 Remember, federal government debt’s just one slice of the overall debt pie.  There’s also corporate debt, consumer debt, and state and local government debt.  Alas, these debt slices are all near or at record levels.

For example, U.S. corporations, following the lead of Uncle Sam, now owe a record $10.5 trillion to creditors, either in the form of bonds or loans.  This pile of debt is over half of U.S. GDP.  Like the national debt, corporate debt has also outpaced economic growth.

According to a new BofA Global Research report, corporate debt of $10.5 trillion represents a 30-fold increase from a half-century ago.  Yet, over the past 50 years, U.S. GDP has only increased about 20-fold.  Can corporate debt, in relation to the economy, continue in this fashion?

Well, not if the economy and financial system were supported by sound money.  If this were the case, interest rates would have spiked and debt levels would have collapsed long ago.  But what we have is the opposite of sound money.  Rather, we have debt based fake money (i.e. government fiat) where the supply can be pulled and stretched out like Silly Putty.

Since the early 1980s, for instance, the Fed has generally nudged interest rates lower and lower.  Each time, as borrowing costs fall, U.S. companies issue a flood of fresh debt.  Cheaper and cheaper credit has the effect of papering over the poor decisions of corporate managers.  The ultimate debt load grows, but the short term debt burden is lightened.

How to Turn a Corporate Credit Crisis into a Currency Crisis

The mechanics of persistently falling yields (as yields move inversely to price) over several decades have also acted to inflate a massive bond bubble.  The demand for corporate bonds come from a variety of sources.  These mainly include foreign investors, investment funds (i.e. mutual funds, ETFs, and closed end funds), life insurance companies, and pension funds.

A stagnating economy resulting in a deluge of BBB downgrades by credit-rating firms could overwhelm the much smaller junk-bond market.  We suspect, as the long-term consequences of government lockdown orders work their way through the economy, the credit ratings of many companies will suffer.

Of course, a determined Fed can take it upon itself to turn a giant mess into a fatal disaster.  That is, the Fed can turn a corporate credit crisis into a currency crisis.

If you recall, the CARES Act pushed the Fed into the corporate debt buying business for the first time ever.  In late-June and early-July, the Fed bought the bonds of some of the world’s largest corporations.  Companies like Toyota, AT&T, Apple, Verizon, GE, Ford, Microsoft, GM, CVS Health, and many, many, more.

We suspect this was merely a warm up.  A trial run.  When the time comes, the Fed will stretch the money supply like Silly Putty in an attempt to backstop the $10.5 trillion corporate bond market.  The value of the dollar will be eroded in kind.