The Government has no legal right to impose the severe and miserable restrictions on our lives with which it has wrecked the economy, brought needless grief to the bereaved and the lonely and destroyed our personal liberty.

This is the verdict of one of the most distinguished lawyers in the country, the retired Supreme Court Judge Lord Sumption.

He said last week in a podcast interview: ‘I don’t myself believe that the Act confers on the Government the powers that it has purported to exercise.’ 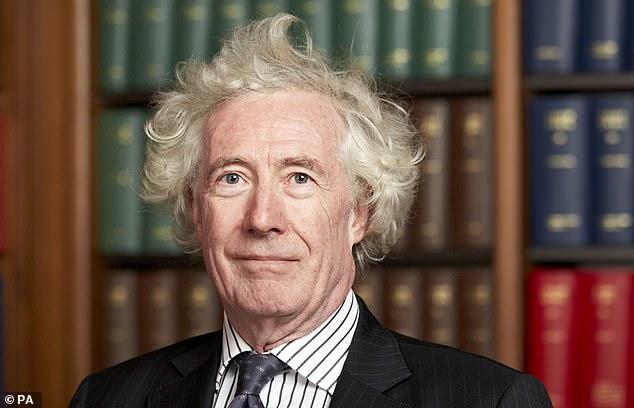 Lord Sumption’s intervention is, of course, so huge and important that the media of this country have somehow not noticed it. So, as has been the case from the start, you have to get it from me.

He was referring to the Public Health Act of 1984, the basis for almost all the sheaves of increasingly hysterical decrees against normal life which the Health Secretary Matt Hancock has issued since March. I promise you that it is not usual for a retired senior judge to use such language in public.

This 1984 Act was drawn up mainly to give local magistrates the power to quarantine the sick.

Nothing in it remotely justifies these astonishing moves – house arrest, travel restrictions, harsh limits on visiting family members, interference with funerals and weddings, closure of churches, compulsory muzzles, bans on assembly and protest.

English law just does not allow an Act of Parliament to be stretched so far. 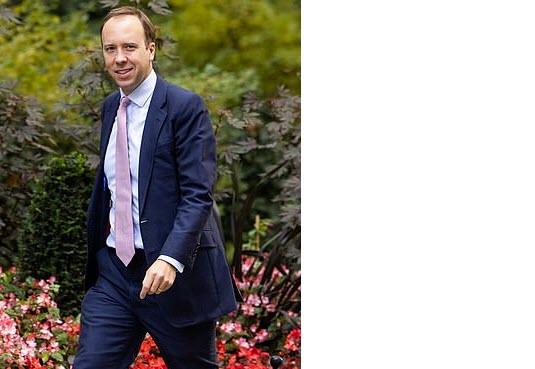 Lord Sumption was referring to the Public Health Act of 1984, the basis for almost all the sheaves of increasingly hysterical decrees against normal life which the Health Secretary Matt Hancock (above) has issued since March. I promise you that it is not usual for a retired senior judge to use such language in public.

Magistrates are never given such powers. It is a principle of our law that fundamental freedoms cannot be invaded or overruled unless the law specifically allows it.

As he is one of the most distinguished legal minds of our time, Jonathan Sumption’s opinions on this matter are surely important.

Let us hope that the Courts of England, which have so far been content to let the Government do what it likes, will listen to what he says when they look at the matter again later this month, in the case brought by Simon Dolan, a businessman who is seeking a judicial review of the Government’s policy on Covid-19.

It is extraordinary for such a person as Lord Sumption to go public in this fashion. And he went on to say another astonishing thing.

He pointed out that powers do exist – in the shape of the formidable Civil Contingencies Act – under which the Prime Minister could do all the things he has done. But the CCA requires regular parliamentary scrutiny and renewal.

The Government’s team of lawyers must know this. So why wasn’t the CCA used? We can only guess that the Prime Minister and his Health Secretary feared that if they had to keep coming back to Parliament, even the dim, slumbering and gullible MPs we have nowadays would eventually have spotted, and halted, the immense power grab now under way.

Lord Sumption’s intervention is, of course, so huge and important that the media of this country have somehow not noticed it.

So, as has been the case from the start, you have to get it from me. But believe me, it is an indication of just how deep into the swamp of despotism this Government has already waded.

Let us escape soon, before we are so far in we can never get out again.

The most terrible warning of what lies ahead of us – if we cannot smash the Government’s lies – is in Melbourne, Australia, where a vain little despot called Daniel Andrews has locked his subjects in their homes, banned demonstrations against this policy, and unleashed heavy-handed police against protesters and dissenters.

At this rate, Melbourne will soon be twinned with Minsk, capital of Belarus. The treatment of protesters on the streets of both cities is remarkably similar. I was most struck by what happened to a young woman demonstrator at the hands of Melbourne police, after they had grabbed and restrained her, so that she was powerless.

An officer actually put a covering over her mouth. It was not the only such incident that day and it explains, to those who object, why I call these things muzzles.

They are there to humiliate, to cancel individuality and to indicate assent – forced or otherwise – to the crazy policy of trying to treat a virus with naked state power.

If US police forced handcuffed Left-wing protesters to wear Trumpoid ‘Make America Great Again’ baseball caps it would be about the same. 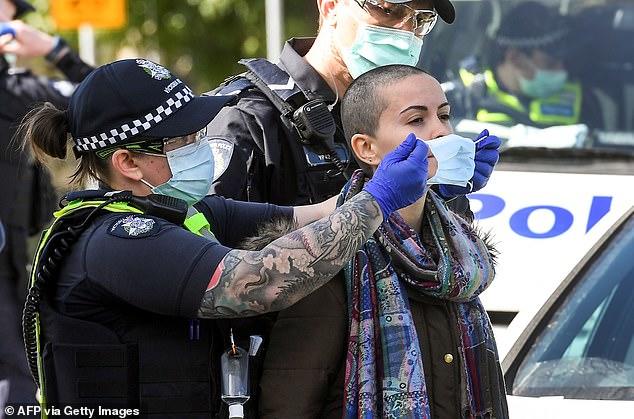 Humiliation: Police officers in Melbourne, Australia, restrain a protester and force her to wear a face mask

Now hiking’s a crime, but dope is fine

One of my rules is that the more political the police become, the more useless they are against actual crime. Here is a good example. Police who have over the past few months pursued sunbathers, hikers, people going into their own front gardens or showing their naked faces on trains, now plan a new extra-soft line on marijuana.

Even though this terrible drug is increasingly linked with lifelong mental illness and violence, liberal police chiefs are still lost in a Sixties-style haze of dope, believing dubious claims that it is a medicine.

Legalisers have long privately admitted these claims are a red herring to give pot a good name. How can something which makes many of its users mentally ill be a medicine?

But lo, police chiefs are backing a new ‘cannabis card’ that will provide de-facto decriminalisation of the drug for millions of people with health conditions. Officers, who have already almost given up arresting people for possession, say it will give them a new excuse for failing to enforce the law.

Too busy on granny patrol, making sure children can’t see their grandmothers, I expect.

Imagine a naughty schoolboy afraid to admit what started as a minor misdeed. Such a schoolboy, having broken the headmaster’s window with his catapult, and trying to evade punishment, might invent a story about a gang of yobs bursting into the school grounds.

So the police are called and he deepens the falsehood. The longer it goes on, the more embarrassing it will be to confess. Innocent people are rounded up, arrested and charged on the basis of his claims.

He gives false evidence against them. They lose their freedom, perhaps have their lives ruined. 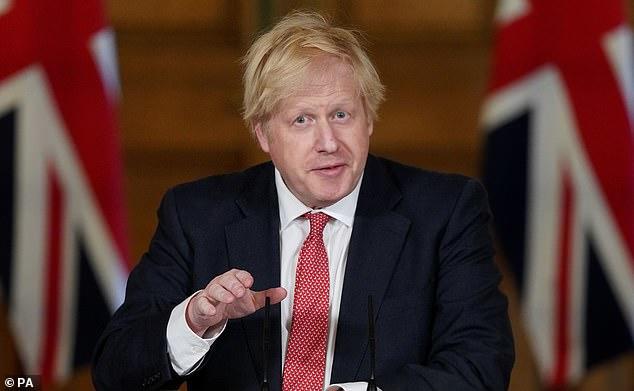 Rather than admit he hugely overestimated the danger of Covid, he continues to insist it is a deadly plague and that it will be back soon in a terrible second wave

The lie is now even worse. He must either confess or elaborate the false story of the gang, for ever. And the worse it gets, the harder it is to own up. So he lies and keeps lying.

So it is with our Prime Minister. He panicked in March, on the basis of poor advice. He did immense damage and knows it.

But rather than admit he hugely overestimated the danger of Covid, he continues to insist it is a deadly plague and that it will be back soon in a terrible second wave.

The official Covid death and hospitalisation figures, declining ever since April 8, are now bumping along the bottom of the graph, close to zero.

Hence the false epidemic of so-called Covid ‘cases’, which the Government is trying to pretend exists. How simple-minded do you need to be not to see the great flaw in this?

On Monday, the media reported new coronavirus cases in the UK had risen to 2,988 on Sunday, the highest daily total since May. Panic! Or perhaps not.

I searched the Government’s own spreadsheets and what did I find? More than 1.1 million tests each week but fewer than 10,000 positive results. Judging by the state of the hospitals and the death rates, I think we may assume most were just fine, as most who catch this disease are.

So, for this, we propose to stop people gathering in groups of more than six? I sense even those who have, up till now, put up with this rubbish are beginning to tire of it.

Good, for until you do and demand truthful explanations of why your children’s education has been ruined, why legions of people will lose their jobs, why daily life is an intensifying misery of jobsworths and bureaucracy, and why hundreds of businesses built up with years of sweat and risk are now dying, you will just get more lies.