The pursuit of decadence is always met with the painful reality that stopping the excess is much more difficult than starting.  This realization, like a killer in the night, lies in wait until just after the point of no return.  When the certain destruction cannot be undone. 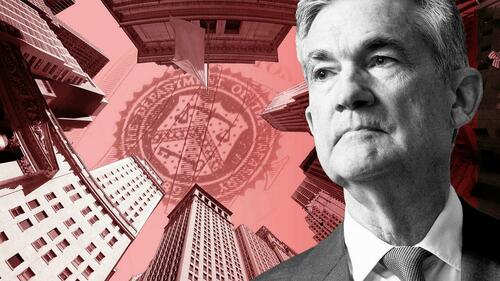 John Maynard Keynes, Fabian socialist and the godfather of modern day economic planning, in his 1935 work, The General Theory of Employment, Interest and Money, wrote:

“Practical men, who believe themselves to be quite exempt from any intellectual influence, are usually the slaves of some defunct economist.”

In late November 2008, then Federal Reserve Chairman Ben Bernanke committed a fait accompli.  Though he may not have realized it at the time; he was blinded by his scholarly prejudices.

Bernanke, a smug Great Depression history buff of the highest academic pedigree, gazed back 80-years, observed several credit market parallels, and then made a preconceived diagnosis.

After that, he picked up his desktop copy of A Monetary History of the United States, by Milton Friedman and Anna Schwartrz, turned to the chapter on the Great Depression, and got to work inflating the money supply.

Bernanke first let the quantitative easing (QE) genie out of the bottle with the purchase of $600 billion in mortgage-backed securities and Treasury notes.  He bought them with digital monetary credits created out of thin air.

By March 2009, Bernanke had run up the Fed’s balance sheet from $900 billion to $1.75 trillion.  Then, over the next five years, he ballooned it out to $4.5 trillion.  All the while, he flattered his ego with platitudes that he was preventing Great Depression Part Deux.

Did it never occur to Bernanke he was merely postponing a much-needed financial liquidation and rebalancing?  Or that his actions were further distorting the economy and setting it up for an even greater bust?

Perhaps Bernanke understood exactly what he was doing.  Remember, the Fed works for the big banks and big money interests.  Not Main Street.

Moreover, when the day came to straighten things out Bernanke was gone.

Jamie Dimon, CEO of JPMorgan Chase & Company, advised caution at the time.  Speaking at a conference in Paris on Tuesday, July 11, 2017, Dimon remarked that:

“When that [quantitative tightening (QT)] happens of size or substance, it could be a little more disruptive than people think.  We act like we know exactly how it’s going to happen and we don’t.”

Yellen didn’t provide an explicit yes or no.  But she did use her uncanny flair for using reason to reduce all the disagreeable repercussions of the Fed’s prior actions:

“We’ve tried to be very methodical about informing the public and the markets about how we’re going to do this.  We’ve provided essentially complete information, we’ve not heard significant concerns or seen a significant market reaction”

To Yellen, the act of QT was a methodical endeavor.  She even came up with an elaborate plan to see it through…

Balls to the Wall

On Wednesday, September 20, 2017, as the Fed was gearing up for QT, Fed Chair Janet Yellen attempted to clarify how the Fed was going to go about it.  Following the two day FOMC meeting, the Fed issued its customary statement.

Therein, it mentioned that balance sheet normalization would be initiated in October of that year.  The referenced implementation note outlined how the Fed would contract its balance sheet:

Moreover, in the Fed’s June 2017 Addendum to the Policy Normalization Principles and Plans, it identified plans to increase this initial $10 billion balance sheet contraction (i.e. $6 billion in Treasury notes and $4 billion in mortgage-backed securities) every three months by increments of $10 billion until they reach $50 billion per month.  Then it planned to let it ride until back to normal; though, it was never clear what normal was.

By our back of the napkin calculation at the time, starting with the initial October 2017 $10 billion reduction then incrementally increasing the reduction by $10 billion each quarter until hitting $50 billion per month, and then contracting by $50 billion a month from there, it would have taken 78-months for the Fed to get its balance sheet back to $900 billion (i.e. roughly where it was before Bernanke’s fait accompli).  Thus, in March 2024, monetary policy would have been back to normal.

QT was abruptly terminated and reversed in September 2019 – after just 24 months – with the Fed’s balance sheet at $3.7 trillion.  Initially, the Fed’s reversal was triggered to provide the liquidity needed to cover repo-madness.

If you recall, sometime between the night of September 16 and the morning of September 17, 2019, the overnight repurchase agreement (repo) rate hit 10 percent.  Short-term liquidity markets essentially broke.  Before long, the Fed was supplying hundreds of billion in credit every night to keep credit markets flowing.

Soon after, this was grossly overwhelmed by the coronavirus panic.  The Fed went balls to the wall and expanded its balance sheet by $5 trillion.  A good part of this took place between March and June 2020.

This painful account was provided for several reasons.  First, to point out that the world does not operate according to the plans and contrivances of central planners.  Second, to provide context for what the Fed says it is doing and what will actually happen.

According to the Wells Fargo Investment Institute’s calculations, the Fed’s balance sheet could shrink by almost $1.5 trillion by the end of 2023, taking it down to around $7.5 trillion.

What are the odds the Fed contracts its balance sheet to $7.5 trillion by the end of 2023?

Fed normalization policies are doomed to fail.  To put things in perspective, it took 24 months for the Fed to reduce its balance sheet by $800 billion between October 2017 and September 2019 (in the wake of a $3.5 trillion expansion).  And this QT program was abruptly ended in repo-madness.

Now it plans to extinguish nearly double the ‘assets’ in 19 months.  Something’s bound to break.  You can damn near count on it.

We know how QT ends…

And once again, the Fed will abruptly reverse course…and systematically debase your money, your time, and your life.

The window to protect your wealth and financial privacy is closing.  And it’s closing quick.  I don’t like it one bit.  But I’m not going to stand around powerless as Washington’s control freak sociopaths destroy everything I’ve worked so hard for.  For this reason, I’ve dedicated the past 6-months to researching and identifying simple, practical steps everyday Americans can take to protect their wealth and financial privacy.  The findings of my work are documented in the Financial First Aid Kit.  If you’d like to find out more about this important and unique publication, and how to acquire a copy, stop by here today!]