Authored by John Rubino via DollarCollapse.com,

One of the flaws in the revolutionary mindset is a tendency towards overconfidence. Combine absolute belief in a new idea with a couple of early wins and you get an absurd level of cockiness. This leads the would-be revolutionary to underestimate the challenges involved in getting from there to ultimate victory.

Why? Because those early successes happened when hardly anyone was paying attention. Once the threat is recognized, the Empire usually strikes back with intent, and the revolution turns out to be a lot harder, and a lot less certain, than it seemed.

History is littered with examples of this principle, from 20th-century politics (where the Nazis and Communists, at various times, thought they had world domination in the bag) to investing, where the 1990s dot-coms were going to grow forever – until they collapsed under the weight of their own hubris — and 2006 home flippers thought they could build real estate empires without bothering to learn the business.

Which brings us to bitcoin. Its early success has been spectacular … 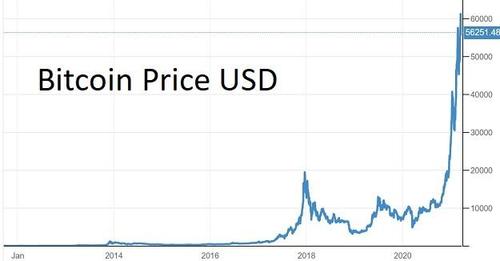 … and its fans are convinced that the manifest rightness of its cause and demonstrable superiority of its tech will make it the world’s reserve currency in just a few more years. Goodbye fiat currencies and corrupt central banks, and hello frictionless, inflation-free blockchain dominated world.

This is an appealing prospect. But just assuming that it’s all smooth sailing from here overlooks the fact that today’s financial aristocracy isn’t going to hand over its God-given right to create money out of thin air and meekly fade away. And when it finally strikes back, it will have some serious weapons.

Lately, various governments have been testing out the arguments they’ll use to shut down and/or co-opt cryptos. In January, Christine Lagarde, chairwoman of the European Central Bank started off with this:

In an interview at a Reuters online event Wednesday, Lagarde said the “highly speculative asset” has led to “some reprehensible activity,” including money laundering, and any loopholes need to be closed, according to a report from Reuters.

“There has to be regulation. This has to be applied and agreed upon … at a global level because if there is an escape that escape will be used,” she said.

The European Union central bank chief added there will be a digital euro, hopefully in no more than five years, according to other reports.

In February, US Treasury Secretary Janet Yellen chimed in:

Treasury Secretary Janet Yellen issued a warning Monday about the dangers that bitcoin poses both to investors and the public.

“I don’t think that bitcoin … is widely used as a transaction mechanism,” she told CNBC’s Andrew Ross Sorkin at a New York Times DealBook conference. “To the extent it is used I fear it’s often for illicit finance. It’s an extremely inefficient way of conducting transactions, and the amount of energy that’s consumed in processing those transactions is staggering … It is a highly speculative asset and you know I think people should be aware it can be extremely volatile and I do worry about potential losses that investors can suffer,” Yellen said.

Various government agencies have contemplated the idea of making an alternate digital currency with the hopes that it would open up the global payments system to those who don’t have access.

The Federal Reserve, where Yellen once served as chair, has studied the issue and discussed the possibility of a new digital currency along with a payments system it expects to roll out over the next several years.

“I think it could result in faster, safer and cheaper payments, which I think are important goals,” Yellen said.

And, in an apparent proof-of-concept test (to be copied by the major central banks if successful), India just announced a potential ban on cryptos:

A source told Reuters India will propose a law banning cryptocurrency.
A senior government official says trading or even holding such digital assets would be criminalized.

The bill aligns with the government’s agenda for 2021, which aimed to ban private virtual currencies like Bitcoin and replace them with an official digital currency.

The official says the measure would give cryptocurrency holders up to six months to empty their accounts.

Afterward, penalties will be levied for possession, issuance, mining, trading and transferring crypto-assets.

The goal of all this is:

1) To keep the power to create money out of thin air in the hands of governments.

2) To expropriate blockchain/digital currency tech and convert it to a tool of government control over savers, spenders, and investors. Consider, for example, the upcoming digital yuan:

China’s digital yuan: what it is and how it works

China is arguably leading the world in developing a national digital currency, a project it has been working on since 2014.

The People’s Bank of China (PBOC) has been spearheading work on the digital yuan, a so-called central bank digital currency (CBDC) that aims to replace some of the cash in circulation.

“The use of cash is decreasing. Eventually cash will be replaced by something in digital format. That is one of the big drivers behind this,” Yan Xiao, project lead for digital trade at the World Economic Forum, told CNBC.

The above is not random. It’s a coordinated laying of the groundwork for a move against cryptos by most major governments, which in turn is a prelude to the introduction of digital national currencies and eventually a digital global currency run by the IMF or some other monetary consortium. 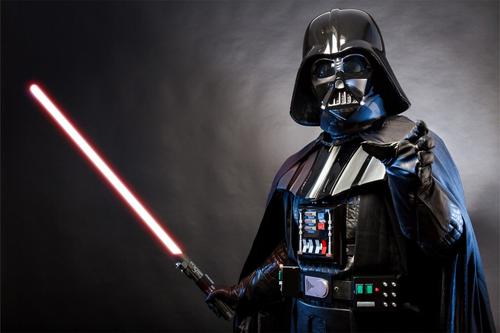 Ask bitcoin fans about this risk and many will laugh at the idea of pathetic governments trying to stop the unstoppable. This sounds a bit overoptimistic to non-revolutionary ears, of course. And it probably is. But revolutions, especially in tech, frequently succeed. Electricity replaced whale oil, digital cameras replaced film, online retailers replace book stores and so on. The blockchain might do the same thing to banks, both central and commercial.

But governments aren’t camera makers or whalers. This revolution is happening on a much bigger stage, with far more dangerous players. So the outcome isn’t guaranteed, and anyone who says otherwise is just talking their financial or philosophical book.