Has Our Luck Finally Run Out?

We are woefully unprepared for a long run of bad luck. 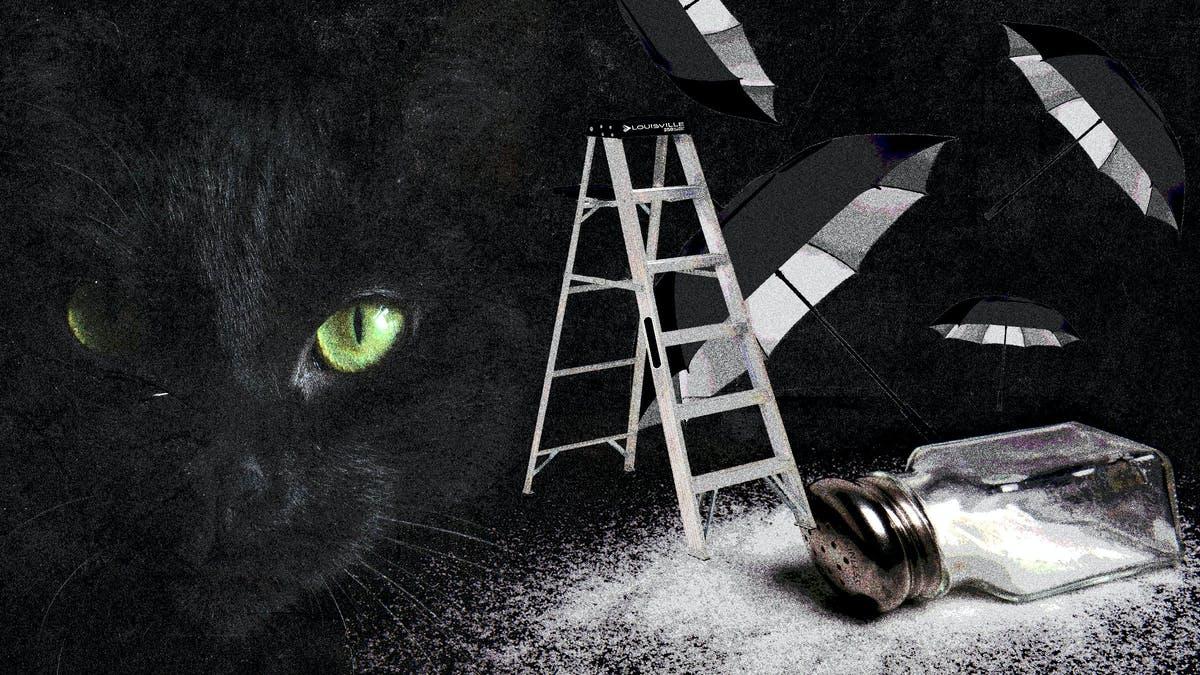 Long-term cycles escape our notice because they play out over many years or even decades; few noticed the decreasing rainfall in the Mediterranean region in 150 A.D. but this gradual decline in rainfall slowly but surely reduced the grain harvests of the Roman Empire, which coupled with rising populations resulted in a reduced caloric intake for many people.

This weakened their immune systems in subtle ways, leaving them more vulnerable to the Antonine Plague of 165 AD.

The decline of temperatures in Northern Europe in the early 1300s led to “years without summer” and failed grain harvests which reduced the caloric intake of most people, leaving them weakened and more vulnerable to the Black Plague which swept Europe in 1347.

I’ve mentioned the book The Fate of Rome: Climate, Disease, and the End of an Empire a number of times as a source for understanding the impact of natural cycles on human civilization.

It’s important to note that the natural cycles and pandemics of 200 AD didn’t just cripple the Roman Empire; this same era saw the collapse of the mighty Parthian Empire of Persia, the kingdoms of India and the Han Dynasty in China.

In addition to natural cycles, there are human socio-economic cycles of debt and decay of civic values and the social contract: a proliferation of parasitic elites, a weakening of state finances and a decline in the purchasing power of wages/labor.

The rising dependence on debt and its eventual collapse is a cycle noted by Kondratieff and others, and Peter Turchin listed these three dynamics as the key drivers of decisive discord of the kind that brings down empires and nations.

All three are playing out globally in the present.

In this context, the election of Donald Trump in 2016 was a political expression of long-brewing discontent with precisely these issues: the rise of self-serving parasitic elites, the decay/corruption of the social contract and state finances and the decades-long decline in the purchasing power of wages/labor.

Which brings us to karma, a topic of some confusion in Western cultures more familiar with Divine Retribution than with actions having consequences even without Divine Intervention, which is the essence of karma.

Broadly speaking, the U.S. squandered the opportunities presented by the end of the Cold War 30 years ago on hubristic Exceptionalism, wars of choice, parasitic elites and an unprecedented waste of resources on unproductive consumption.

Actions have consequences, and after 30 years of waste, fraud and corruption being normalized by the parasitic elites while the purchasing power of labor decayed, the karmic consequences can no longer be delayed by doing more of what’s hollowed out the economy and society.

Which brings us to luck. As a general rule, historians seek explanations which leave luck out of the equation. This gives us a false confidence in the predictability and power of human will and action and cycles. Yes, cycles and human action influence outcomes, but we do a great disservice by shunting luck into the shadows as a non-factor.

If Emperor Pius had chosen someone other than Marcus Aurelius as his successor, someone weak, vain and self-absorbed like so many of Rome’s late-stage emperors, then Rome would have fallen by 170 AD as the Antonine Plague crippled finances and the army, and the invading hordes would have swept the empire into the dustbin of history.

It can be argued that only Marcus Aurelius had the experience and character to sell off the Imperial treasure to raise the money needed to pay the soldiers and spend virtually his entire term in power in the front lines of battle, preserving Rome from complete collapse.

That was good judgement by Pius but also good luck.

As we ponder luck, consider the estimate that had the meteorite that wiped out the dinosaurs 65 million years ago struck the Earth 30 minutes earlier or later, it would not have generated the Nuclear Winter that destroyed the dinosaurs. (A direct hit in deep water would have spawned a monstrous tsunami, but no dust cloud. A direct hit on land would have raised a dust cloud but without the water vapor / steam generated by the vaporization of millions of gallons of sea water, the cloud wouldn’t have risen high enough to encircle the planet.)

The global economy has been extraordinarily lucky for 75 years. Food and energy have been cheap and abundant. (If you think food and energy are expensive now, think about prices doubling or tripling, and then doubling again.)

In our complacency and hubris, we attribute this to our wonderful technologies, which we assume guarantee us permanent surpluses of energy and food. The idea that technology has reached hard limits or that it could fail doesn’t occur to us.

We’ve taken good luck to be our birthright because it’s all we’ve known. We attribute this good fortune to things within our control–technology, wise investments and policies, etc. The possibility that all these powers that we consider so godlike are insignificant doesn’t occur to us because we’ve enjoyed the favorable winds of luck without even being aware of it.

We are woefully unprepared for a long run of bad luck. My sense is the cycles have turned and the good luck has drained from the hour-glass. Energy and food will no longer be cheap and abundant, our luck in leadership will vanish, and our vaunted technologies will fail to maintain an abundance so vast that we can squander the finite wealth of soil, water, resources and energy on mindless consumption.

I’m reminded of a line from an Albert King song, Born Under a Bad Sign (composed by Booker T. Jones and William Bell): “If it wasn’t for bad luck, I wouldn’t have no luck at all.”

The next five years might have us singing this line with feeling.

Will You Be Richer or Poorer?: Profit, Power, and AI in a Traumatized World
(Kindle $5, print $10, audiobook) Read the first section for free (PDF).

The Adventures of the Consulting Philosopher: The Disappearance of Drake $1.29 (Kindle), $8.95 (print); read the first chapters for free (PDF)

If you found value in this content, please join me in seeking solutions by becoming a $1/month patron of my work via patreon.com.