Authored by Tom Ozimek via The Epoch Times,

Guatemalan President Alejandro Giammattei criticized the Biden administration for unclear messaging on immigration that he said contributed to the border surge. 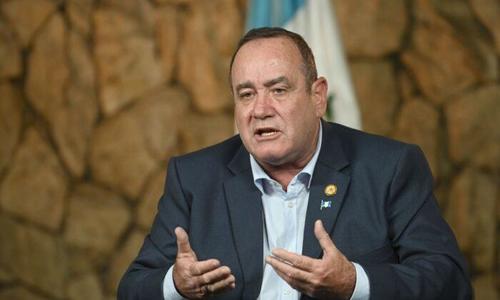 Then President-elect Alejandro Giammattei speaks during a interview with AFP in Guatemala City, Guatemala, on Aug. 12, 2019. (Johan Ordonez/AFP via Getty Images)

Giammattei told Fox News that, “You can see that humanitarian messages were used here by the coyotes in a distorted manner,” with “coyotes” a term for human smugglers.

“They said that they were going to support family reunification,” Giammattei said, referring to the Biden administration’s policy of allowing unaccompanied minors to enter the United States on humanitarian grounds and of seeking to unite them with family members in the United States.

“So the coyotes came and took the children and teenagers to the United States,” he said.

“And the border filled up. Not only with people from Guatemala, but lots of people.”

“That’s why we have suggested that the messaging be clear,” Giammattei added.

The surge of people migrating from Central American countries has become one of the biggest political challenges to the Biden administration, with Republicans blaming the wave of illegal border crossings on a rollback of Trump-era immigration policies and on messaging that many would-be migrants and human traffickers are interpreting as an invitation to come to the United States. 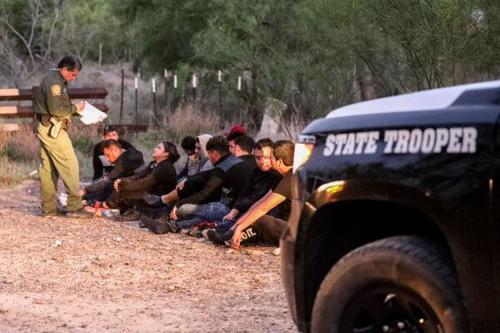 Reuters interviews in April with nearly two dozen migrants and more than a dozen people identifying themselves as smugglers, as well as an examination of hundreds of posts in closed Facebook groups where smugglers advertise their services, shows that many would-be migrants believe that they are welcome to cross the border.

“There’s 100 days of free passage across the border,” a Guatemalan smuggler told Reuters, referring to one prevailing perception.

“Supposedly the president is letting children in,” another told the outlet.

In dozens of interviews with The Associated Press around the same time, migrants said President Joe Biden’s relatively pro-immigration positions influenced their decision to leave their homes and seek entry into the United States.

Human smugglers along the border continue to openly advertise their services on social media, with a recent report from The Epoch Times detailing a number of such ads.

“We have crossings through Lomas de Arena, Chihuahua. We offer camouflage, backpack with food. I’m currently in Chihuahua. Send me [a message to my] inbox or call me at [redacted by The Epoch Times],” one Facebook post said. 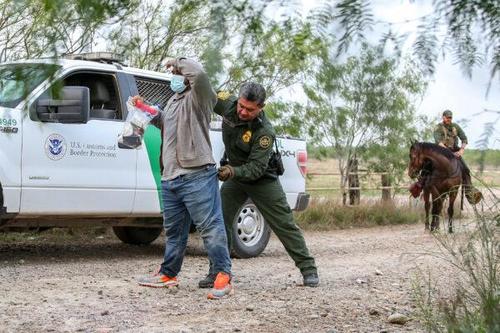 While the Biden administration has said the border isn’t open and that most asylum-seekers are being turned away at the border, the administration is allowing unaccompanied minors into the country, a policy that may be contributing to the sharp rise in children traveling alone at the border. In March, border agents encountered 18,951 unaccompanied minors, the largest number recorded in a single month since U.S. Customs and Border Protection started publishing the figures in 2009. That number dropped slightly in April to 17,148, and again in May to 14,158.

In his interview on Fox News, which came as Vice President Kamala Harris visited Guatemala to address the “root causes” of migration, Giammattei praised Harris for a speech that warned would-be illegal immigrants not to seek entry into the United States, or they would be turned back at the border.

“The vice president yesterday sent a very clear message because she said, ‘Do not come because we won’t let you in,’” he said, adding, “That’s a clear message.”

“But if you have a lukewarm message, it opens up the possibility that there’s a bad interpretation of it,” he said. “You can say it in good faith. But there are people who will misinterpret it.”

In a separate interview with CBS, Giammattei said he would like to see the United States impose stronger penalties on human smugglers and that he’s ready to extradite “coyotes” to the United States to face charges.

Customs and Border Protection apprehended 180,034 individuals illegally entering the United States in May, slightly higher than the April number.