Foreigners resumed selling long-term US Treasuries in July, offloading $22.8 billion (after buying $28.9BN in June), in yet another spending spree led by foreign official institutions, i.e. central banks, SWFs and reserve managers, who sold $20.7 billion in July (as well as another $2.1 billion in private holdings), bringing their selling to 22 of the past 23 months. 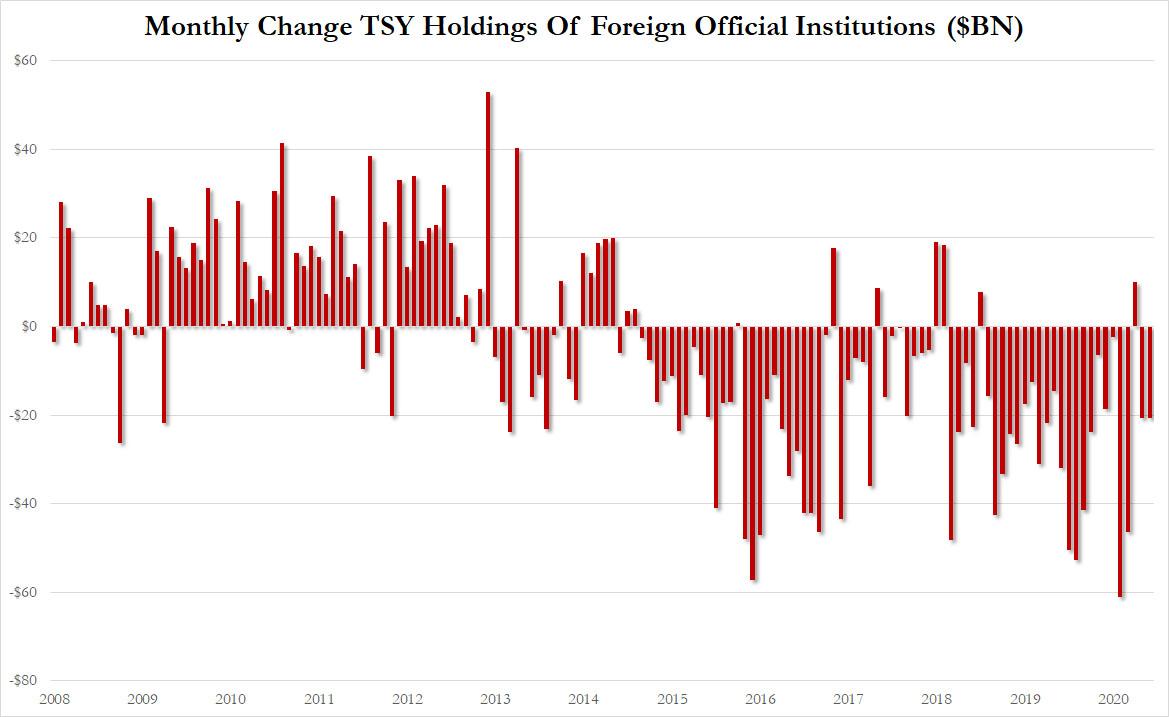 But the big surprise was the puke in foreign holdings of corporate debt, which plunged by a record $54.3 billion in July, the biggest monthly drop on record, following June’s more modest drop of $16.6 billion. 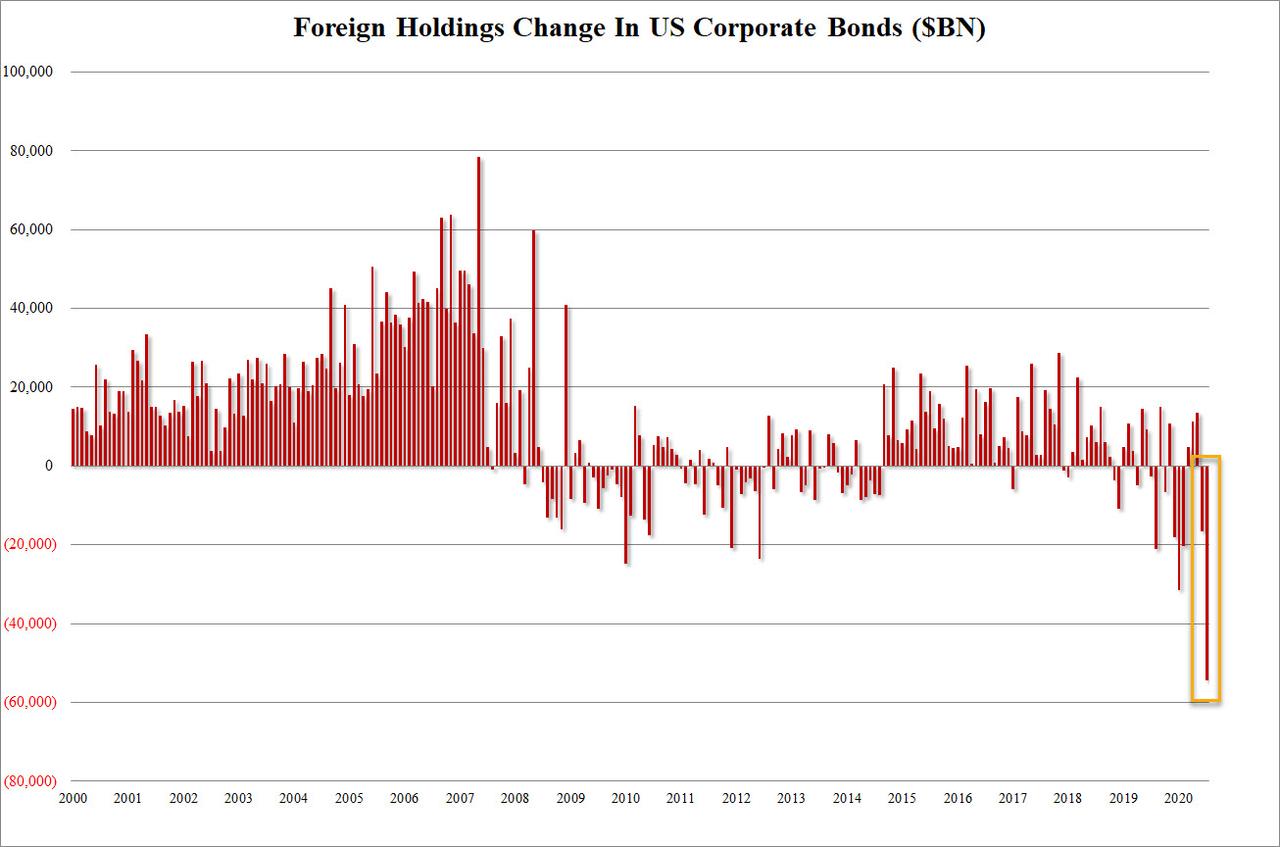 Between this record dump, and the record issuance of corporate debt in the primary market, one almost wonders where corporate bonds would be trading if the Fed wasn’t backstopping them. 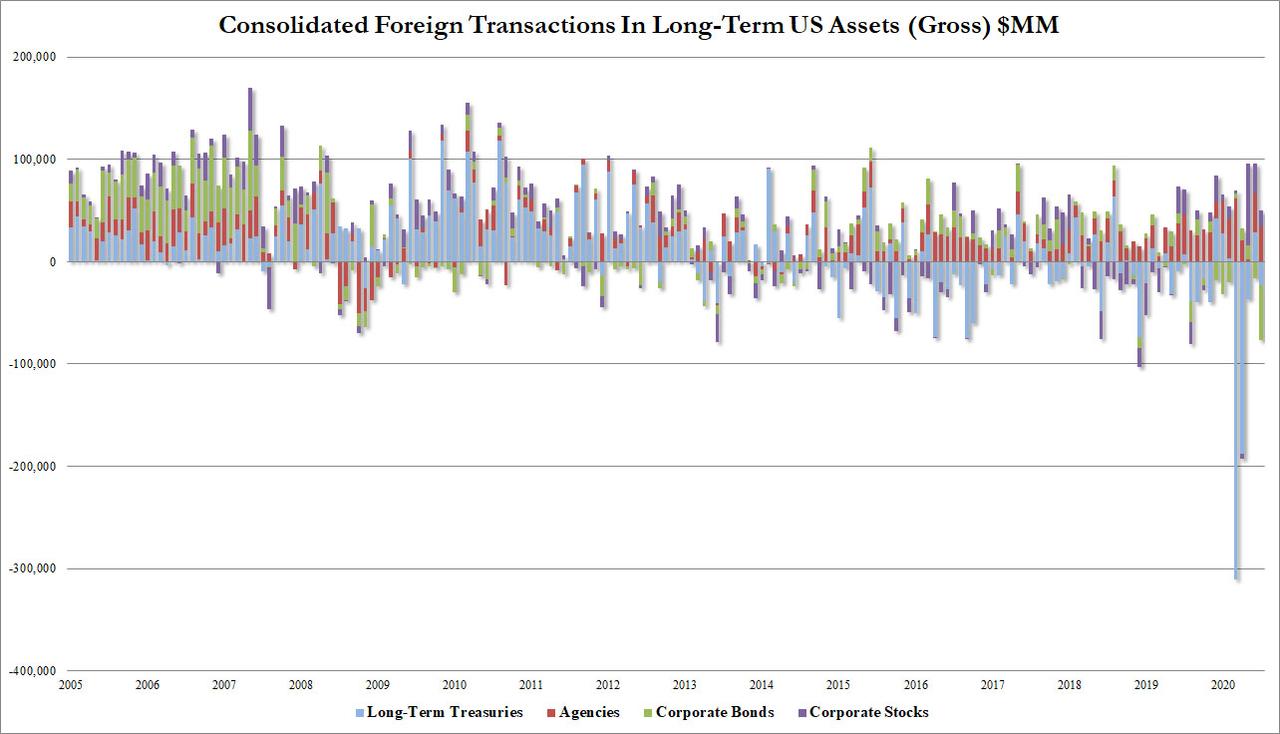 Looking at individual countries, China continued to sell US paper, in July selling another $1 billion and bringing its total to $1.073 trillion, the lowest since April in the latest continuation of China’s dumping of US Treasurys. 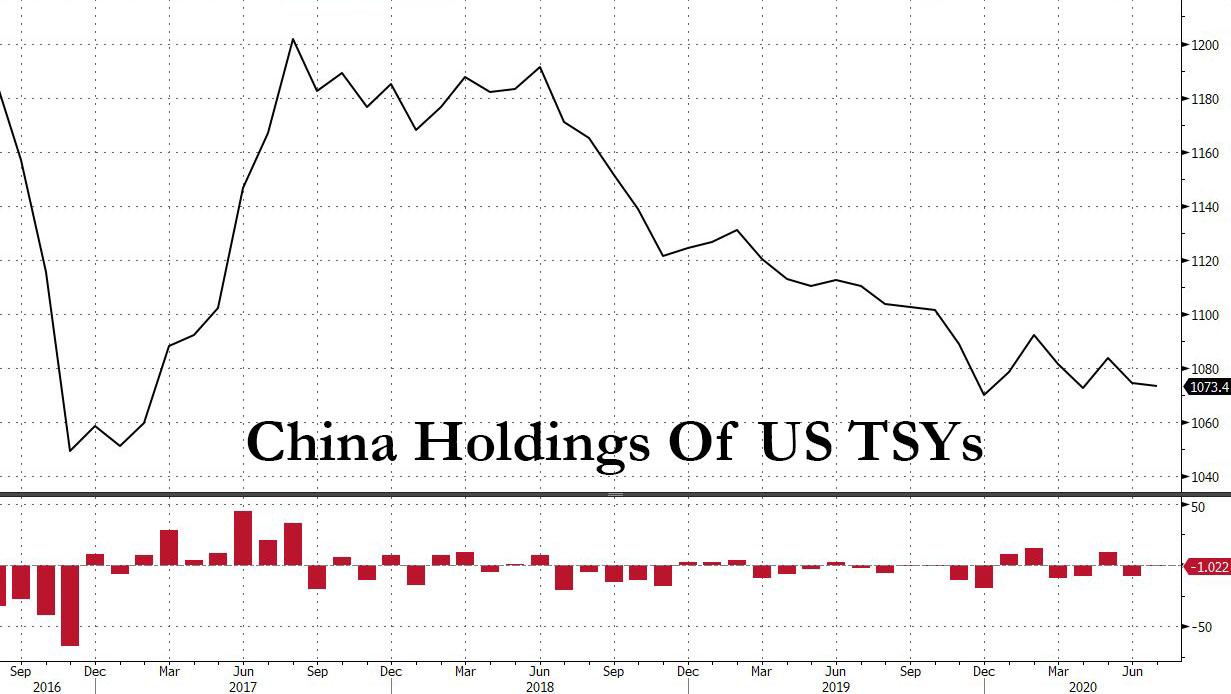 On the other end of the spectrum, Japan – which surpassed China as the largest US creditor last year – continued to buy Treasurys, adding $31.6 billion in July, the most since February, and bringing its total to a record $1.293 trillion. 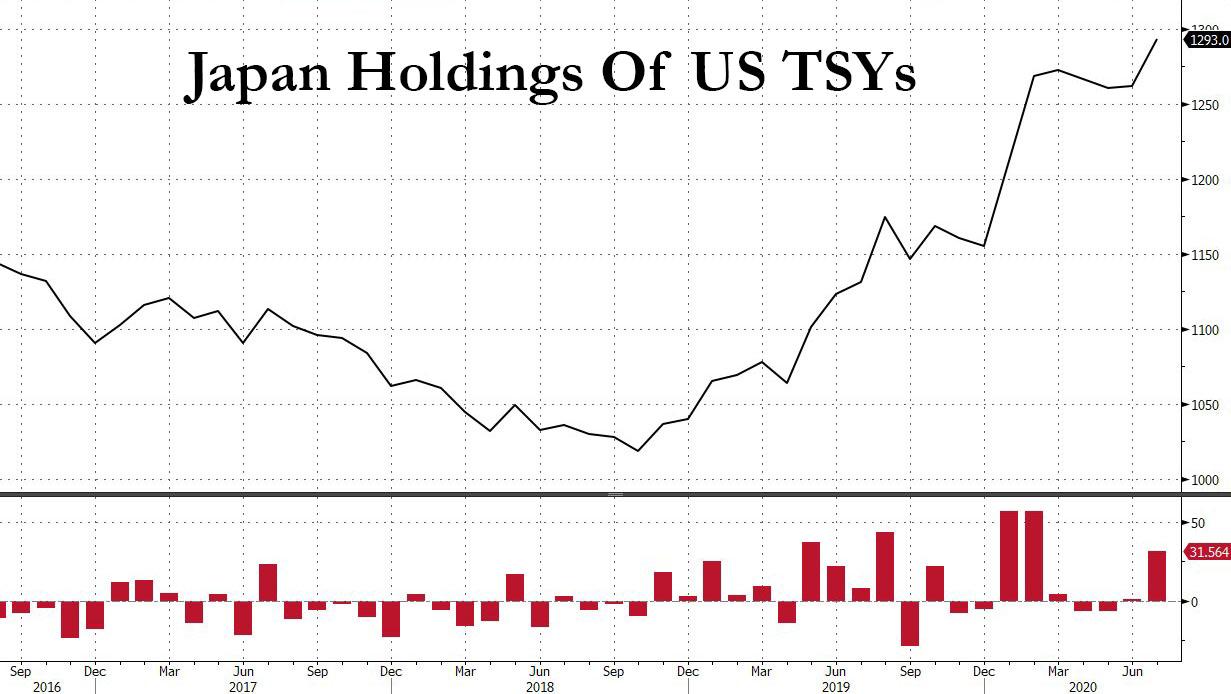