If you smell something strange during your next subway ride, don’t panic, it’s not a terror attack – it’s just the Feds testing out a new strategy for averting chemical and biological attacks on the country’s largest public transportation system. 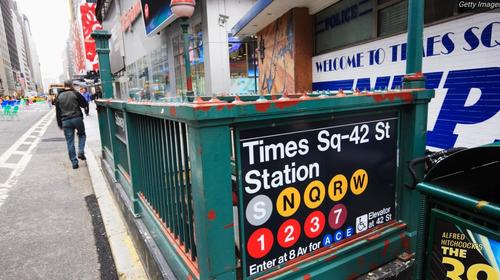 According to NBC 4 New York, the MTA, working in partnership with the Department of Homeland Security and a team of researchers and city agencies, will deploy a non-toxic gas at 120 places across the city. The tests will be carried out on five days between Oct. 18 and Oct. 29.

Most of the test sites will be above ground, including in some parks. But an unknown number of tests will be carried out below ground in subway stations across the city (exact details aren’t being released to the public).

The public is advised: should one happen to stumble upon a test site, the gas is non-toxic and poses no public health risk.

Although details are slim, the study is intended to simulate “the aerosol release of a biological agent in a densely populated urban environment.”

“The study will track movement of non-toxic material and the results from these tests will be used to learn more about the relationship between airflow in street level and underground environments,” the MTA said.

Commuters who encounter test sites will likely see teams of researchers around. The study is part of a secretive federal campaign called the Urban Threat Dispersion program. Testing has taken place in NYC before back in 2016, while cities like Washington DC and Boston have also been tested.