Over the years, even as one of its whistleblowers founder herself in prison, the Intercept has maintained a reputation as a mostly independent outlet willing to publish leaked documents embarrassing the US government, Big Tech – you name it. And This week has been no different. Amid all the scrutiny of Facebook lately, the Intercept published this week internal documents from FB exposing what FB calls its “dangerous individuals and organizations list”. 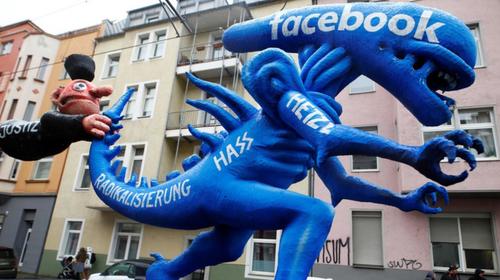 The list is barred from being discussed on Facebook’s platform. But now, thanks to the Intercept, it’s out in the open for the whole world to see.

Almost 1,000 entries in the terrorism portion of the list are from “Specially Designated Global Terrorists”, a sanctions list maintained by the US Treasury Department that includes affiliates of Islamic State and Al-Qaeda right alongside Hamas and Hezbollah, the Taliban, Iran’s IRGC, Yemen’s Houthi militants.

Other entries on the list make less sense. For example, the PKK, the Kurdish separatist party outlawed in Turkey, is on Facebook’s “danger” list. Also: the Communist Parties of India and the Philippines.

Other notable names include the Japanese death cult Aum Shinrikyo, as well as the Atomwaffen Division, a US white supremacist group recently exposed as being secretly backed by the FBI.

Things get interesting under the hate group heading when FB includes the Nazis of WWII (that’s right; the original Nazi party) alongside the Proud Boys, and Ukraine’s neo-Nazi Azov Battalion. Also included are the English Defence League, Génération Identitaire and its sister organizations in the US and other European countries. A Canadian student group called Students for Western Civilisation and men’s rights activists from A Voice For Men are also included.

The list is hitting in the middle of Facebook’s biggest corporate scandal since the Cambridge Analytica fallout when there was an international backlash over tech companies’ use and abuse of users’ private data.