Authored by Pepe Escobar via The Asia Times,

None of the actors can admit that revival of JCPOA pales compared with the real issue: Iranian missile power… 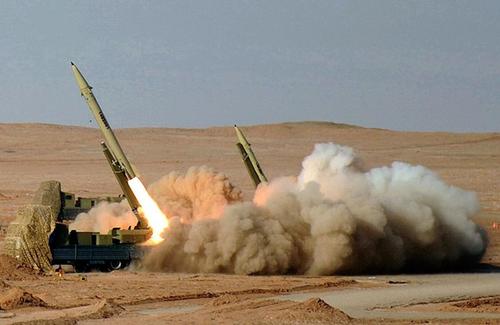 Few people, apart from specialists, may have heard of the JCPOA Joint Commission. That’s the group in charge of a Sisyphean task: the attempt to revive the 2015 Iran nuclear deal through a series of negotiations in Vienna.

The Iranian negotiating team was back in Vienna yesterday, led by Deputy Foreign Minister Seyed Abbas Araghchi. Shadowplay starts with the fact the Iranians negotiate with the other members of the P+1 – Russia, China, France, UK and Germany – but not directly with the US.

That’s quite something: after all, it was the Trump administration that blew up the JCPOA. There is an American delegation in Vienna, but they only talk with the Europeans.

Shadowplay goes turbo when every Viennese coffee table knows about Tehran’s red lines: either it’s back to the original JCPOA as it was agreed in Vienna in 2015 and then ratified by the UN Security Council, or nothing.

Araghchi, mild-mannered and polite, has had to go on the record once again to stress that Tehran will leave if the talks veer towards “bullying”, time wasting or even a step-by-step ballroom dance, which is time wasting under different terminology.

Neither flat out optimistic nor pessimistic, he remains, let’s say, cautiously upbeat, at least in public: “We are not disappointed and we will do our job. Our positions are very clear and firm. The sanctions must be lifted, verified and then Iran must return to its commitments.”

So, at least in the thesis, the debate is still on. Araghchi: “There are two types of U.S. sanctions against Iran. First, categorized or so-called divisional sanctions, such as oil, banking and insurance, shipping, petrochemical, building and automobile sanctions, and second, sanctions against real and legal individuals.”

“Second” is the key issue. There’s absolutely no guarantee the US Congress will lift most or at least a significant part of these sanctions.

Everyone in Washington knows it – and the American delegation knows it.

When the Foreign Ministry in Tehran, for instance, says that 60% or 70% has been agreed upon, that’s code for lifting of divisional sanctions. When it comes to “second”, Araghchi has to be evasive: “There are complex issues in this area that we are examining”.

Now compare it with the assessment of informed Iranian insiders in Washington such as nuclear policy expert Seyed Hossein Mousavian:  they’re more like pessimistic realists.

That takes into consideration the non-negotiable red lines established by Supreme Leader Ayatollah Khamenei himself. Plus non-stop pressure by Israel, Saudi Arabia and the UAE, who are all JCPOA-adverse.

But then there’s extra shadowplay. Israeli intel has already notified the security cabinet that a deal most certainly will be reached in Vienna. After all, the narrative of a successful deal is already being constructed as a foreign policy victory by the Biden-Harris administration – or, as cynics prefer, Obama-Biden 3.0.

Iranian President Hassan Rouhani, virtually at the end of his term before the June presidential elections, always goes back to the same point: no more US sanctions; Iran’s verification; then Iran will return to its “nuclear obligations”.

The Foreign Ministry has even released a quite detailed fact sheet once again stressing the need to remove “all sanctions imposed, re-imposed and re-labeled since January 20, 2017”.

The window of opportunity for a deal won’t last long. Hardliners in Tehran couldn’t care less. At least 80% of Tehran members of Parliament are now hardliners. The next President most certainly will be a hardliner. Team Rouhani’s efforts have been branded a failure since the onset of Trump’s “maximum pressure” campaign. Hardliners are already in post-JCPOA mode.

What none of the actors in the shadowplay can admit is that the revival of the JCPOA pales compared to the real issue: the power of Iranian missiles.

In the original 2015 negotiations in Vienna – follow them in my Persian Miniatures e-book – Obama-Biden 2.0 did everything in their power to include missiles in the deal.

Every grain of sand in the Negev desert knows that Israel will go no holds barred to retain its nuclear weapon primacy in the Middle East. Via a spectacular kabuki, the fact that Israel is a nuclear power happens to remain “invisible” to most of world public opinion.

While Khamenei has issued a fatwa clearly stating that producing, stockpiling and using weapons of mass destruction – nuclear included – is haram (banned by Islam), Israel’s leadership feels free to order stunts such as the sabotage via Mossad of the (civilian) Iranian nuclear complex at Natanz.

The head of Iran’s Parliament Energy Committee, Fereydoun Abbasi Davani, even accused Washington and London of being accomplices to the sabotage of Natanz, as they arguably supplied intel to Tel Aviv.

Yet now a lone missile is literally exploding a great deal of the shadowplay.

On April 22, in the dead of night before dawn, a Syrian missile exploded only 30 km away from the ultra-sensitive Israeli nuclear reactor of Dimona. The official – and insistent – Israeli spin: this was an “errant”.

Here – third video from the top – is footage of the quite significant explosion. Also significantly, Tel Aviv remained absolutely mum when it comes to offering a missile proof of ID. Was it an old Soviet 1967 SA-5? Or, rather more likely, a 2012 Iranian Fateh-110 short range surface-to-surface, manufactured in Syria as the M-600, and also possessed by Hezbollah?

A Fateh family tree can be seen in the attached chart. The inestimable Elijah Magnier has posed some very good questions about the Dimona near-hit. I complemented it with a quite enlightening discussion with physicists, with input by a military intel expert. 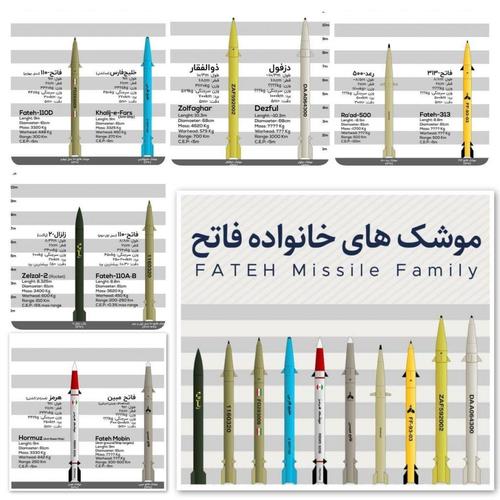 The Fateh-110 operates as a classic ballistic missile, until the moment the warhead starts maneuvering to evade ABM defenses. Precision is up to 10 meters, nominally 6 meters. So it hit exactly where it was supposed to hit. Israel officially confirmed that the missile was not intercepted – after a trajectory of roughly 266 km.

This opens a brand new can of worms. It implies that the performance of the much hyped and recently upgraded Iron Dome is far from stellar – and talk about an euphemism. The Fateh flew so low that Iron Dome could not identify it.

The inevitable conclusion is this was a message/warning combo. From Damascus. With a personal stamp from Bashar al-Assad, who had to clear such a sensitive missile launch. A message/warning delivered via Iranian missile technology fully available to the Axis of Resistance – proving that regional actors have serious stealth capability.

It’s crucial to remember that when Tehran dispatched a volley of deliberately older Fateh-313 versions at the US base Ayn al-Assad in Iraq, as a response to the assassination of Gen Soleimani in January 2020, the American radars went blank.