90 minutes after the Treasury sold a record amount in 2Y paper, moments ago in the day’s twofer special, another $57BN in 5 year paper was sold to less than eager buyers, because while the morning’s 2Y sale was mostly solid, the 5Y auction left quite a bit to be desired, starting with the high yield, which at 0.397%, tailed the WI 0.390% by 0.7bps unlike the stop through in the earlier auction of 2% which stopped through comfortably.

On the other hand, and like the earlier 2Y sale, the 5Y auction was also record big and at $57BN it was $2BN more than October’s total, and well over 50% greater than the average auction size in the past decade. 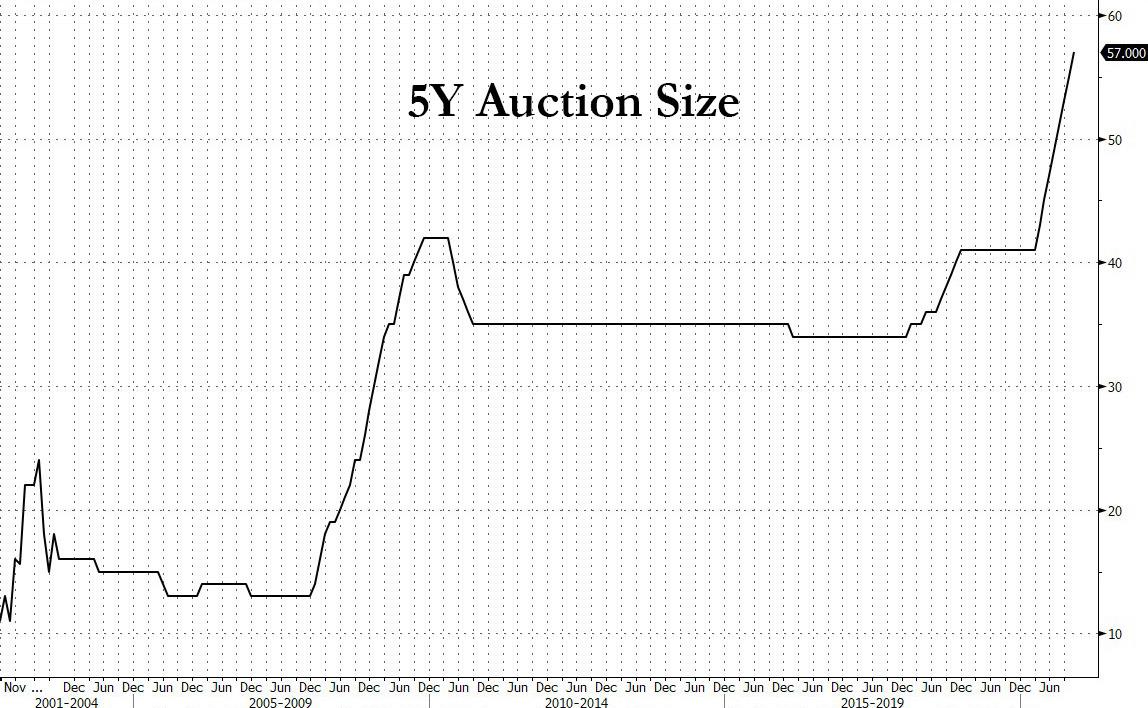 Record auction size does not mean record demand, however, and the Bid to Cover was unchanged from October at just 2.38, and below the recent average of 2.47.

This was especially true when looking at the internals, as Indirects dropped from 61.9% last month to just 56.5%, the lowest since March, and with Directs flat month over month and taking down 14.3% Dealers were once again left holding the big with 29.2% of the auction, up from 24.1% in Oct and the highest since July. 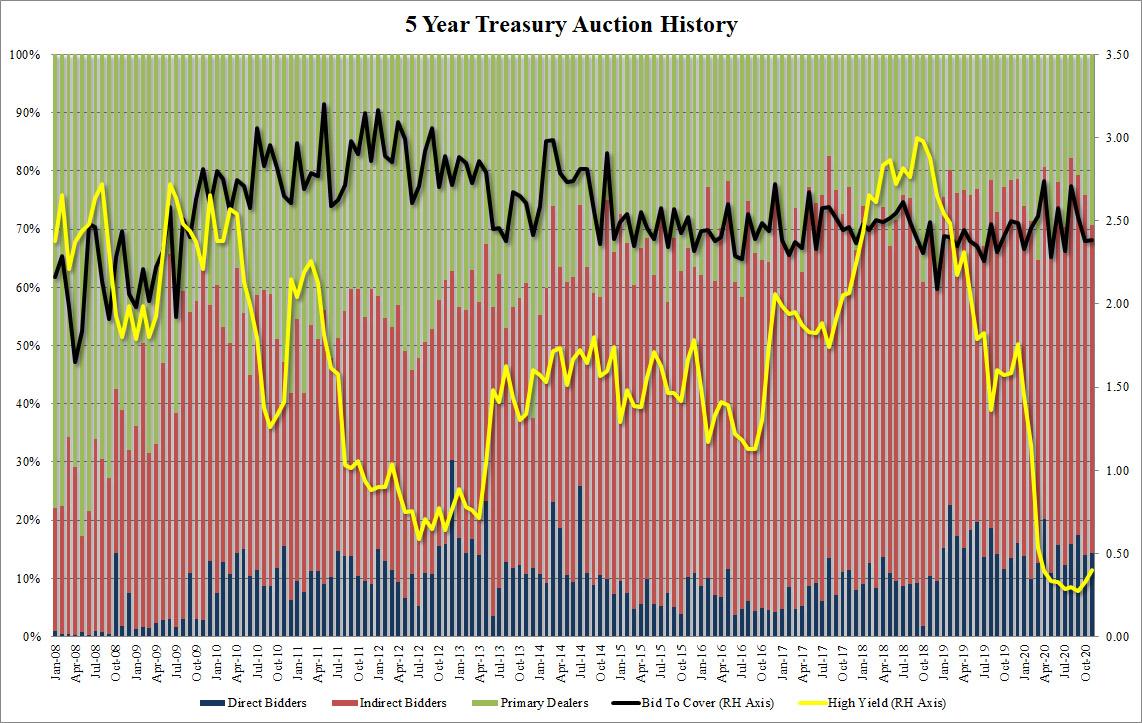 Overall a rather disappointing auction, yet solid enough to absorb another record batch of US debt for sale; as usual the real question is just how big can each individual auction be – $75BN? $100BN? $1TN – before the market gets indigestion and the time to pay the piper finally arrives.