In the latest unforced error to come out of the Tokyo Olympics, organizers have decided to fire the director of the Games’ opening ceremony on the day before the event following reports exposing a joke he once made about the Holocaust. That’s right: it’s a good old-fashioned American-style ‘cancellation’.

What’s more, former PM Shinzo Abe, an advocate of the Games who helped bring the ill-fated 2020 Games to Tokyo, said Thursday that he wouldn’t attend the Games. 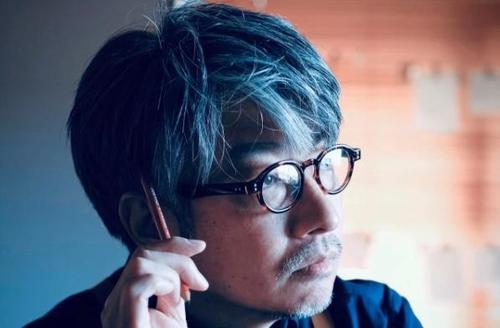 The director, Kentaro Kobayashi, was dismissed for making fun of the Holocaust in his comedic act, according to the head of the Games’ organizing committee, Seiko Hashimoto. They added that the entire program will be “reviewed” by the organizing committee, despite having little time for changes. This isn’t the first director of the opening ceremony to be sacked in recent months. Back in March, creative director Hiroshi Sasaki resigned over perceived ‘sexist’ comments. What’s more, composer Keigo Oyamada was also dismissed after it was revealed he had confessed to bullying and abuses of disabled classmates.

The joke made by Kobayashi was part of his act back in the 1990s, Reuters reports. The act only recently resurfaced in Japanese media.

“I offer my deep apology for causing trouble and worry for many people concerned as well as Tokyo residents and Japanese people when the opening ceremony is almost upon us,” said a sombre Seiko Hashimoto, who heads the organising committee.

Japanese Prime Minister Yoshihide Suga said comments by the show director were “outrageous and unacceptable” but that the opening ceremony should proceed as planned.

When Shinzo Abe – who famously dressed up as Mario from the Super Mario Brothers video game franchise during the Rio Games 5 years ago – had hoped the Games would mark a historic parallel to the 1964 Tokyo Games, which Japan used as a coming-out party to show off its revitalized economy following the ravages of WWII and the nuclear bombs dropped on Hiroshima and Nagasaki.

Given the last minute-changes, the opening ceremony on Friday has been scaled back substantially, and instead of mass choreography and the huge props associated with prior opening ceremonies, the event is set to be a subdued affair, with just 950 people, including only around 15 global leaders, expected to attend. Spectators have been barred from most Olympic events as new COVID-19 cases surge in the capitol.

On Thursday, Tokyo reported 1,979 new coronavirus cases in the capital, the highest since January 15.

With nearly 70% of Tokyo residents telling pollsters that they doubt the Olympic organizers will be able to pull off the Games, many greeted news of the latest Olympic disaster with frustration. “This kind of stuff keeps happening, Tokyo residents are really sick of it,” said Shio Watanabe, a 64-year-old retiree who spoke with Reuters on Thursday.

As we reported yesterday, the “bubble” surrounding the Olympic Village has already been compromised, meanwhile, the sensitive data of thousands of Olympic volunteers and ticket buyers has been leaked online, further embarrassing organizers and angering Japanese.