During an interview with the AP last week, Moderna Chairman Noubar Afeyan reaffirmed that Moderna wouldn’t bring any patent infringement lawsuits against rival firms that infringe on Moderna’s patent to produce copies of its mRNA COVID jab. 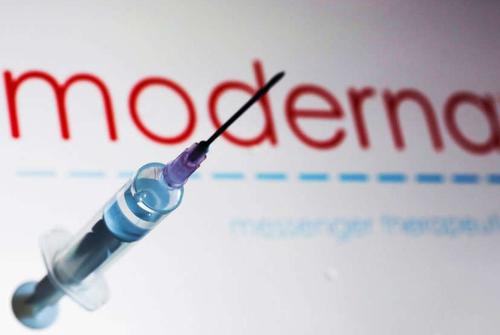 But here’s the catch: When the WHO pressed Moderna to share its vaccine formula with companies in emerging markets to help hasten the rollout of mRNA jabs, Afeyan refused, claiming that Moderna had analyzed whether it would be better to share the messenger RNA technology, and determined that it could expand production and deliver billions of additional doses in 2022.

“Within the next six to nine months, the most reliable way to make high-quality vaccines and in an efficient way is going to be if we make them,” Afeyan said. While we wouldn’t accuse a major pharmaceutical company of bending the truth to suit its own financial interests, we find it difficult to imagine how Moderna could possibly produce more jabs on its own, than by sharing its tech with other producers.

“We think we are doing everything we can to help this pandemic,” Afeyan added. It’s worth noting that Afeyan is among the Moderna founders who were named to Forbes’ list of the 400 richest people in the US for the first time last week.

Now, a cadre of progressive Dems are taking a break from the increasingly fraught intra-party negotiations over President Biden’s domestic agenda to chide Moderna to do the right thing and share its recipe  – before they push the federal government to use its overarching power to simply take Moderna’s IP and share it with the world.

Because according to Sen. Elizabeth Warren, Moderna’s contract with the federal government (which supplied the firm with billions of dollars to aide in development and distribution) may allow the government  to access and share Moderna’s COVID vaccine technology.

In a letter to the Biden administration, lawmakers urged the president “to take bold steps to dramatically expand global COVID-19 vaccine access and manufacturing capabilities.”

Critics of Moderna and the rest of the big vax makers have argued that Big Pharma could more effectively combat COVID by widely sharing necessary information about how to produce, store and distribute them. However, what was once known as the “open vaccine” movement was kneecapped early on when Bill Gates declared himself the world’s de fact COVID vaccine czar, and insisted that respecting Big Pharma’s patent rights must be paramount.