A cop hilariously roasted a leftist protester during recent unrest in Seattle after the demonstrator demanded to deal with a female officer, to which the cop responded, “How do you know they don’t identify as female?” 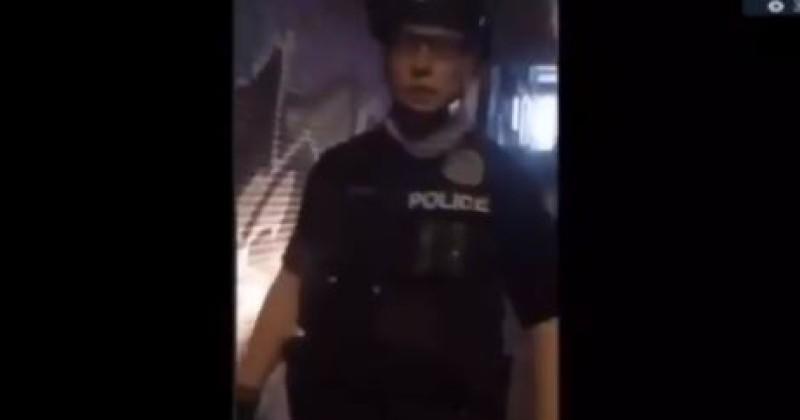 The video clip begins with a confrontation between what appears to be two female protesters and two male officers.

“Shut the fuck up, you’re really fucking pushing it, you piece of shit!” the protester yells at the cops before appearing to spit at them.

Although it’s difficult to tell what is happening, the cops then appear to arrest and handcuff one of the women as her friend yells, “Don’t touch her!”

“How do you know they don’t identify as female?” responds the cop.

“How do you know that officer doesn’t identify as female?” pic.twitter.com/tmN4Goh18l

“What? What did you just ask me?” the protester says, baffled.

Respondents to the clip enjoyed the roast.

“I love how at the end they say fuck in such a defeated voice knowing damn well it’s thanks to their bullshit that people can throw that card,” commented one.

“Absolutely brilliant. You could hear her brain short-circuit,” remarked another.

“Well it is Seattle after all. He may be honestly asking the question,” said another.

In the age of mass Silicon Valley censorship It is crucial that we stay in touch. I need you to sign up for my free newsletter here. Also, I urgently need your financial support here.