Authored by Darren Smith via JonathanTurley.com,

The government of Israel suspended a program enacted last month at the behest of the prime minister’s government granting the police the authority to track roaming and location data of those under quarantine order. A parliamentary oversight committee held that the loss of privacy was a greater cost to society than the proffered benefit of tracking those suspected of carrying or transmitting the COVID-19 virus. 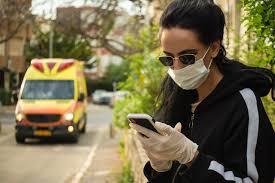 The underlying technology used to track civilian COVID patients stems from that developed for Shin Bet (The Israeli General Security Service) for counter-terrorist tracking of cell phones carried by security risks to the state.  In this case the technology was co-opted for use against medical patients health officials suspected might violate quarantine orders.

While the reversal of policy is welcomed, it does provide a proof that any technology or power crafted under the promise of addressing a great and manifest danger to the people or the state usually finds a way to be used against ordinary citizens when politicians or government become tempted to broaden its application under “emergency” conditions.

The government invoked an emergency coronavirus regulation having a one month sunset to extend law enforcement powers into the ability to track the movement of suspected coronavirus victims. The regulation caused civil liberties organizations to file legal actions against the state on privacy grounds. While the prime minister’s office attempted to pass an extension to the tracking regulation, the Knesset Foreign Affairs and Defense Committee blocked the effort. Committee Member Ayelet Shaked tweete:

“The utility offered by this (cellphone tracking) is outweighed by the great harm inflicted to privacy.”

He believes that the police could instead maintain tracking levels by conventional means such as telephone calls and in-person visits without violating privacy.

The committee determined that police made five hundred random cellphone location pings per day against 13,500 persons enumerated on a list maintained by the health ministry. Police reported over two hundred arrests of quarantine absconders and that the cellphone location data played a role in the apprehensions and evidence gathering. Fifteen percent of home-quarantined persons were estimated by the health ministry to have violated the terms of their detention.

One could argue that the location ability certainly made enforcement more efficient, however it is not without shortcomings aside from privacy. The movement of a cellphone is not in of itself a guarantee that a particular person actually is in possession of the phone.

It could be just as easily a family member or the device could be stolen.

The controversy shows also tangentially how if the government is given the ability to fashion technology or ability to counter a pariah group, such as terrorists or an enemy state, that while it might be effective the good intentions at first provide a development environment and test bed for the tech to be used against an enemy, only to years later find the technology perfected and readily available to use against the civilian public whenever politicians or government find it convenient or “necessary”. One can say it is far too often inevitable. It would seem probably a good practice to not allow the government the ability to have the technology to begin with, lest it be abused later. But is this workable given actual threats by belligerent foreign actors that need to be mitigated and what is the likelihood that domestic politicians will abuse the tech? That is for everyone to decide on their own. But it is important to recognize that an enemy politician in a foreign land is still a politician–who just happens to be on the other side of an arbitrary border.  And a government willing to abuse the rights of its own citizens is a greater threat than one residing elsewhere.

We could extend the discussion to locally here in the U.S. where tech companies have been offering the services of coronavirus testing melded with real-time tracking of individuals through their cellphones. Some officials might believe this to be of benefit given the perceived great emergency of the pandemic and agree to such terms, only to find out later the tech might be used for some other application for the tech companies, post-pandemic, to generate data and intelligence on users with even greater efficiency.  It would be technology born out of a perceived emergency and almost inevitably abused later.

At the very least a potential absconder could simply leave their phone at home and cavort about to their own desire. Sometimes technology is not as omnipotent as might seem. Yet it is arguable the technology itself is not a per se threat, it is how it is used that matters. My point is once it is able to be used, it is often too late to control it.