Authored by Caitlin Johnstone via Medium.com,

So as of right now it’s Trump versus Biden. An incompetent plutocrat president selling himself as an anti-establishment people’s champion while simultaneously advancing garden variety Republican sociopathy, versus a warmongering authoritarian who is too demented to string a coherent sentence together and who is looking more and more credibly to be a rapist.

Needless to say, this is absolute bullshit. 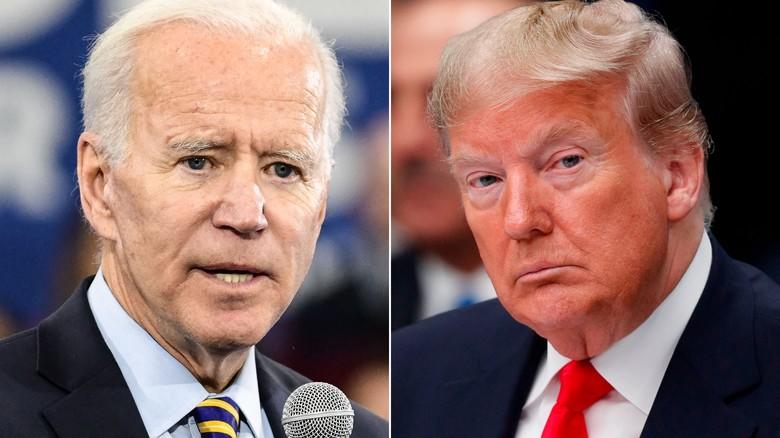 How did we get here? How did we get to the point where the electoral contest to run the most powerful government on the planet is between a racist demented right-wing authoritarian warmongering rapist and another racist demented right-wing authoritarian warmongering rapist? How in the hell did this bullshit happen?

There are a number of factors, including anonymous and unsubstantiated “leaks” from the US intelligence community regarding Russian support for the Bernie Sanders campaign and a shockingly coordinated maneuver by Democratic Party leadership (including former president Obama) to sabotage Sanders in the late hours before Super Tuesday.

But the primary factor by far was domestic mass media propaganda. Propaganda during the primary season of course, with the billionaire press showing a very clear and undeniable bias against Bernie Sanders from the very beginning of the race. Had the Sanders campaign received a normal quality and quantity of mass media coverage for a candidate of his stature, he would doubtless have received far more support than he did. To deny that biased media messaging has an effect would be the same as denying that advertising, a trillion-dollar industry, has an effect.

CNN’s Coverage of Sanders Was 3X More Negative Than Biden Following Their Big Primary Wins – In These Times: https://t.co/cqdOn1Yjc0

But it goes so very much deeper than that. The influence of mass media propaganda upon the Democratic primary race was not limited to the propaganda that was employed during the actual contest; it’s been setting the foundation for it since long before that.

Joe Biden has been a horrible, evil politician since long before his rape allegations went mainstream and his brain started turning to porridge. If people could gaze with fresh, unmanipulated eyes upon someone who’s dedicated his entire political career to neoliberal exploitation at home and neoconservative mass murder abroad, someone who openly boasts about authoring the foundational documents of the USA PATRIOT Act, someone who promises rich donors that “nothing fundamentally will change” if he’s elected and who they know from experience can be taken at his word, it would never occur to them that this is someone who should be running for any elected office anywhere, let along within spitting distance of the most powerful one in the world.

“By ‘manufacturing normality’ I mean the way the plutocrat-owned political/media class pour massive amounts of energy day in and day out into making the ridiculous, horrific status quo seem normal.”https://t.co/ebZ9QjWQJS

None of this bullshit would have been possible without all of us having been raised in an atmosphere of mass-scale obfuscation and manipulation. None of us would ever accept such a world without having been manipulated into it, which is why they have done exactly that.

We will not collectively use the power of our numbers to force a change to this oppressive status quo until we can find some way to break free of our psychic bondage to the establishment propaganda machine, and we will not find a way to do that until we change something deep within ourselves about our relationship as a species to mental narrative. But as things get increasingly weird and unpredictable, gaps will open up in our preexisting patterns. When patterns degrade to the point of unpredictability, anything becomes possible.

We are at an adapt-or-die point as a species, and we’ll need to break free of the bullshit to make the jump. Hell, we just might make it.

Thanks for reading! The best way to get around the internet censors and make sure you see the stuff I publish is to subscribe to the mailing list for my website, which will get you an email notification for everything I publish. My work is entirely reader-supported, so if you enjoyed this piece please consider sharing it around, liking me on Facebook, following my antics onTwitter, checking out my podcast on either Youtube, soundcloud, Apple podcasts or Spotify, following me on Steemit, throwing some money into my hat on Patreon or Paypal, purchasing some of my sweet merchandise, buying my books Rogue Nation: Psychonautical Adventures With Caitlin Johnstone and Woke: A Field Guide for Utopia Preppers. For more info on who I am, where I stand, and what I’m trying to do with this platform, click here. Everyone, racist platforms excluded, has my permission to republish, use or translate any part of this work (or anything else I’ve written) in any way they like free of charge.