With Sue Gray’s report on ‘PartyGate’ expected to land some time during the coming week or so, it appears British PM Boris Johnson has been implicated in yet another illegal party at No. 10 Downing Street during the first lockdown in 2020.

While the PM was eating birthday cake with his wife, staffers and friends, his government was threatening dire consequences against any Briton who dared violate “the rule of 6”, masking requirements, or who wandered too far from their homes. 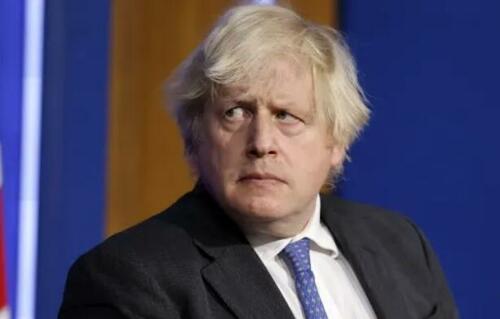 Unlike the other parties that have been reported so far, ITV News said the latest incident was a birthday party for the prime minister. It’s alleged that his wife, Carrie Johnson, helped organize the surprise get-together n the afternoon of June 19, right around 1400 local time in London.

Up to 30 people were said to have attended the event, which was held in the Cabinet Room following an official visit by BoJo to Hertfordshire.

And before BoJo tries to brush it off as some kind of necessary work gathering, ITV asserted that interior designed Lulu Lytle – not a member of No. 10 staff – also attended the gathering. She was renovating BoJo’s flat in Downing Street at the time.

Nine days before the alleged birthday bash, BoJo asked the public “to continue to show restraint and respect the rules which are designed to keep us all safe” during a routine press conference.

ITV has also reported that the Johnsons hosted a small gathering at the PM’s residence later that day, although No. 10 has denied this, claiming the PM only hosted a small number of family members outside.

During the birthday party at No. 10, Carrie Johnson and Lulu Lytle were believed to have presented BoJo with a cake, before leading a chorus of happy birthday.

Those who attended are believed to have eaten picnic food from M&S for about 20-30 minutes before the gathering broke up.

Downing Street is saying the PM only attended for 10 minutes, but the report of yet another technically illegal party could create more problems for a PM struggling to outmaneuver a gang of backbencher Tories maneuvering to trigger another leadership contest. 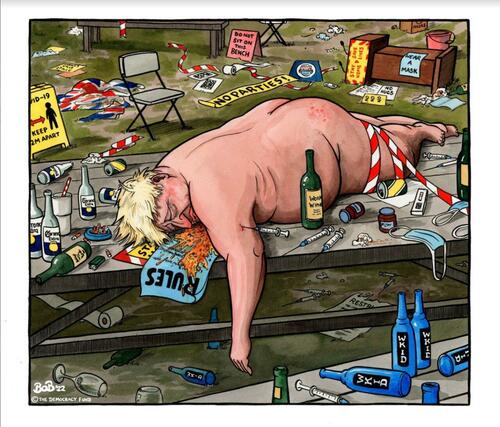 Meanwhile, it looks like somebody has edited BoJo’s Wikipedia page, changing his occupation.