“Anything Tesla Can Do, We Can Do”: Huawei Set To Become Major Competition In Electric Vehicles

Not only are EV makers seeking out ways to duplicate Tesla’s “success” as an automaker, but many are also hoping to duplicate their success in the capital markets. There’s nary a bigger success than taking a company that can’t consistently turn a profit and fooling the capital markets to assign it a $400 billion valuation. So, naturally, we understand why other company are seeking out ways to be like Tesla.

One of those companies is telecom giant Huawei. Xu Zhijun, a rotating chairman of Huawei is on record in 2019 as saying: “If you look at the stock price of Tesla, you will know where the future of automobiles lies.”

His comment was foreshadowing as to where Huawei’s future business efforts may be directed, according to Nikkei. In April 2019, the company set up a “smart car solutions” segment of its auto business. Their auto business currently has 5 segments: smart driving, smart cockpit platform, intelligent network, smart electric and cloud services.

They are like many other who have “drank the Kool-Aid” and think that Tesla is the next big thing in AI and the auto industry – and they know they can compete. “Anything that Tesla can do, we can do,” Xu said.

Huawei reportedly wants to become a “one-stop supplier of all software and hardware for smart cars and seeks a dominant say in the industry,” Nikkei says. There will only be two or three such major players globally, the report predicts. 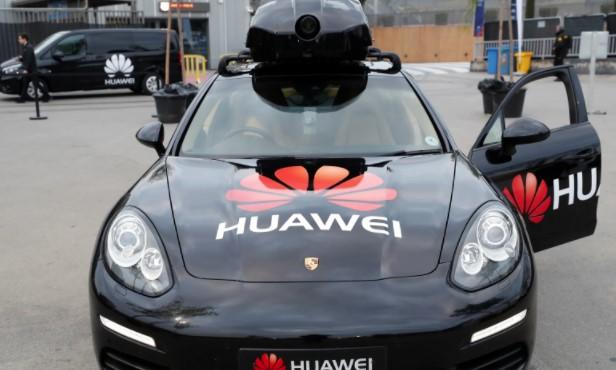 Huawei has been recruiting talent from companies like Bosch and, in August, modified its business registration by adding “research, production and sales of auto parts and smart driving systems” to public records. In September, it released its Harmony 2.0 OS that it installed in its smart cockpit platform.

The company wants to do “everything related to silicon” in cars, one source said. Another said that the auto industry is closely monitoring their expansion into the industry. “Huawei is likely to become a Chinese version of Bosch,” one source said.

And the time to enter the industry is arguably the most vulnerable for potential competition, as the Covid-19 pandemic has weakened the industry globally, forcing cuts and slowing demand.

Huawei first looked at EVs back in 2013 when they became a popular investment in China. There have been rumors swirling that the company would launch a car-building business for years.

Though Xu said in 2019 that there “wasn’t a consensus inside Huawei as of late 2018 about whether the company should push further into the auto market”, one must remember this was the same company that said on the record it wasn’t going to get into cell phones.

Now, Huawei is the world’s biggest smartphone maker, having overtaken Samsung and Apple. Could it become similar competition for Tesla?