Analysts expected the trend of the last two months to continue in July with personal spending rebounding (though at a slower pace) and personal incomes shrinking back, but both surprised to the upside with a +0.4% MoM rise in incomes and +1.9% MoM jump in spending ( vs -0.2% and +1.6% respectively). 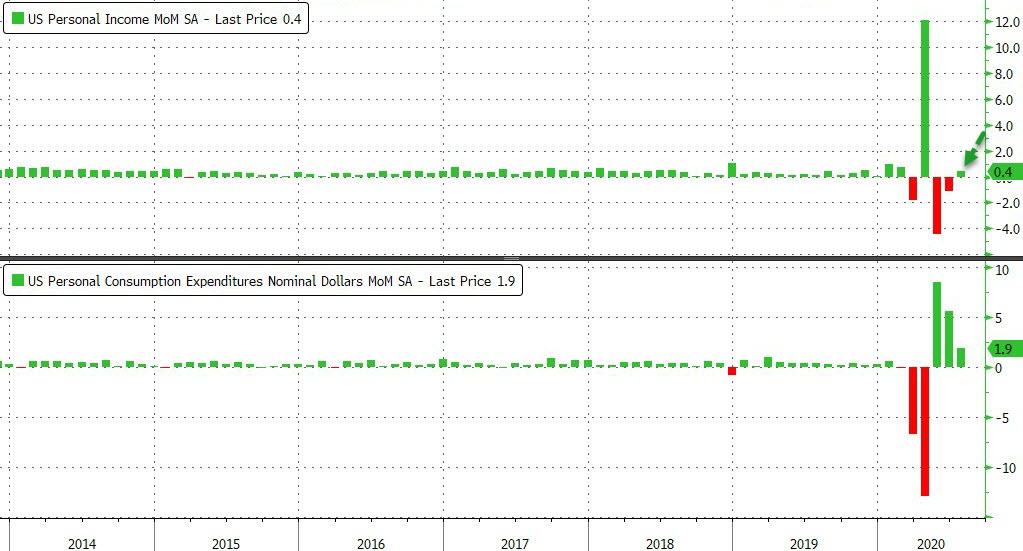 Incomes (thanks to govt transfers) are still up 8.2% YoY while spending remains down 2.8% YoY… 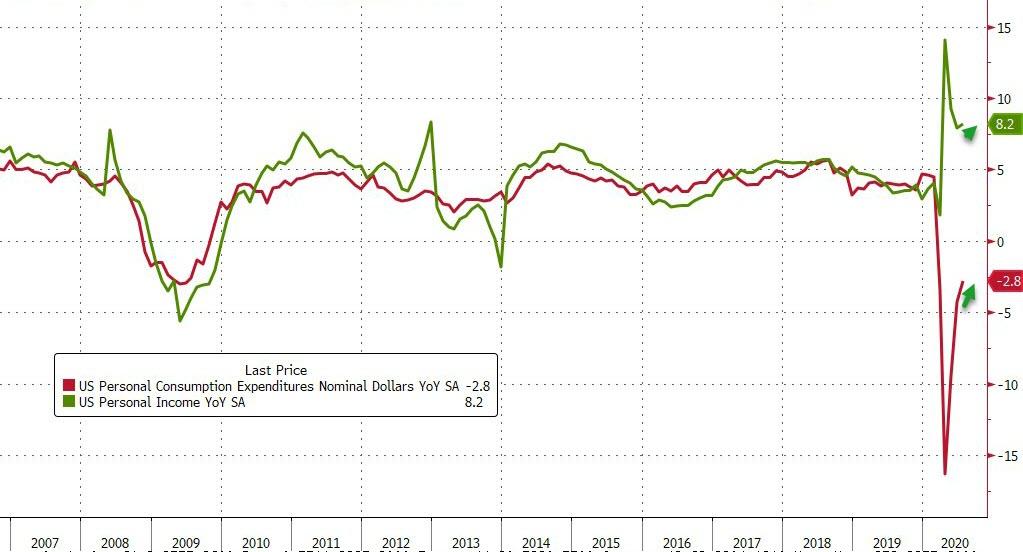 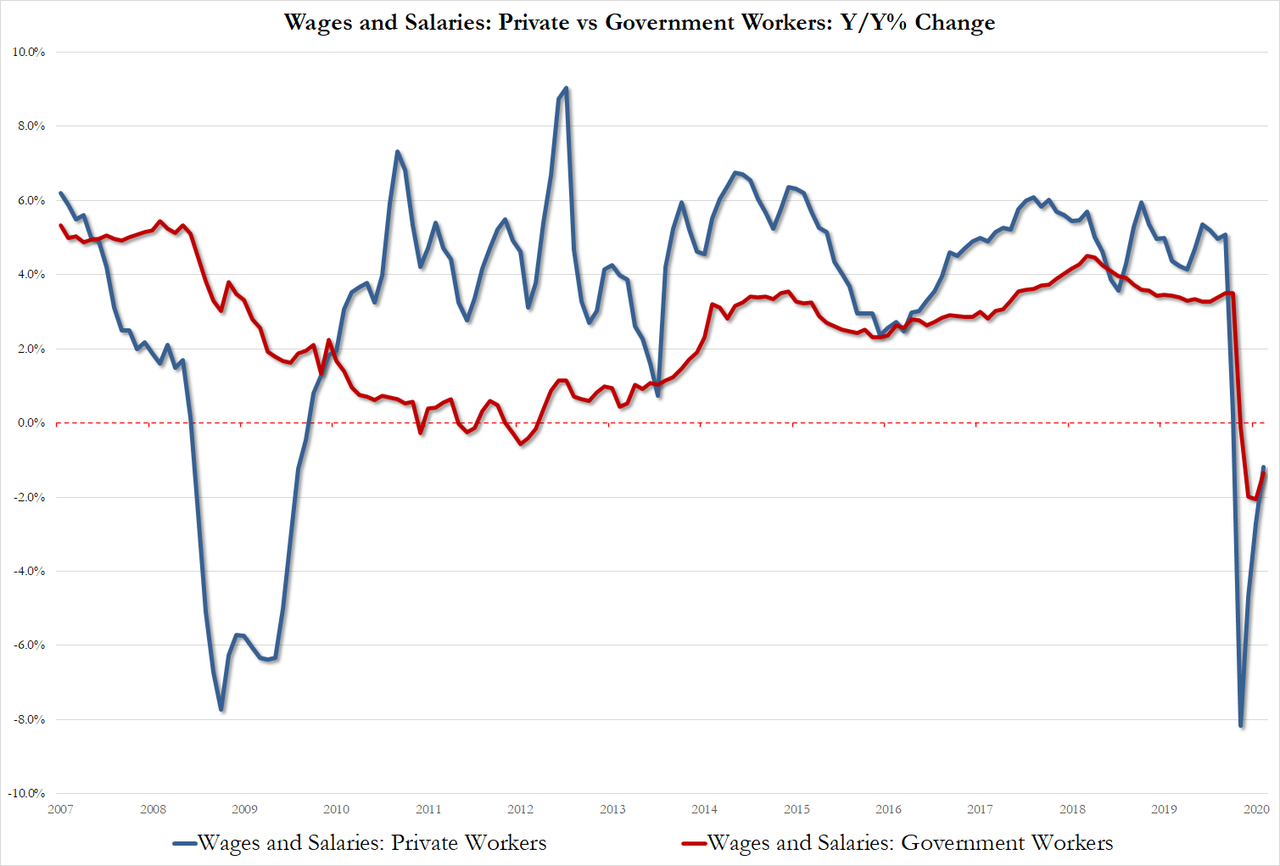 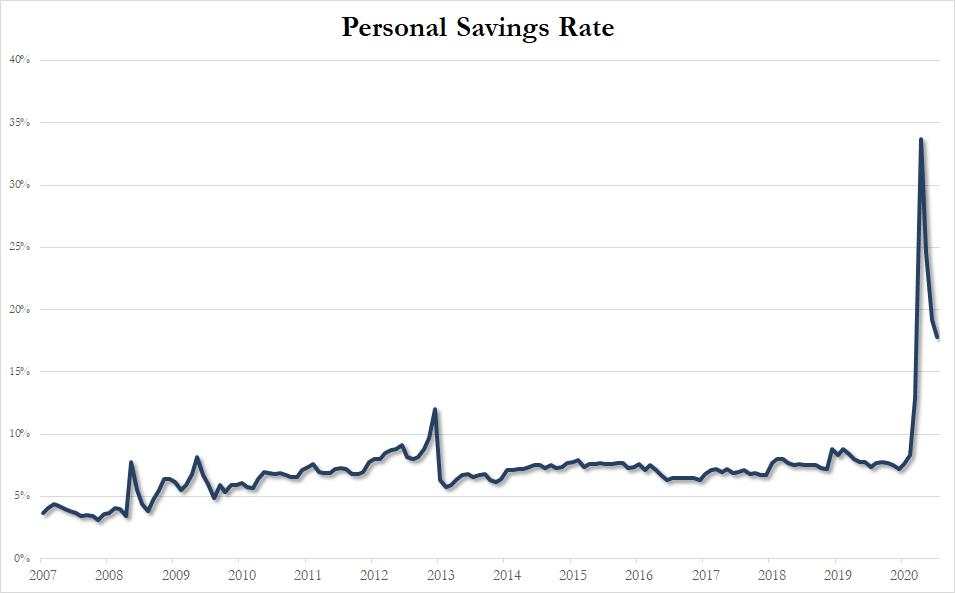 Finally we note that The Fed’s favorite inflation indicator – Core PCE Deflator – re-accelerated in July, but at 1.3% remains well below any old or new mandate-driven level… 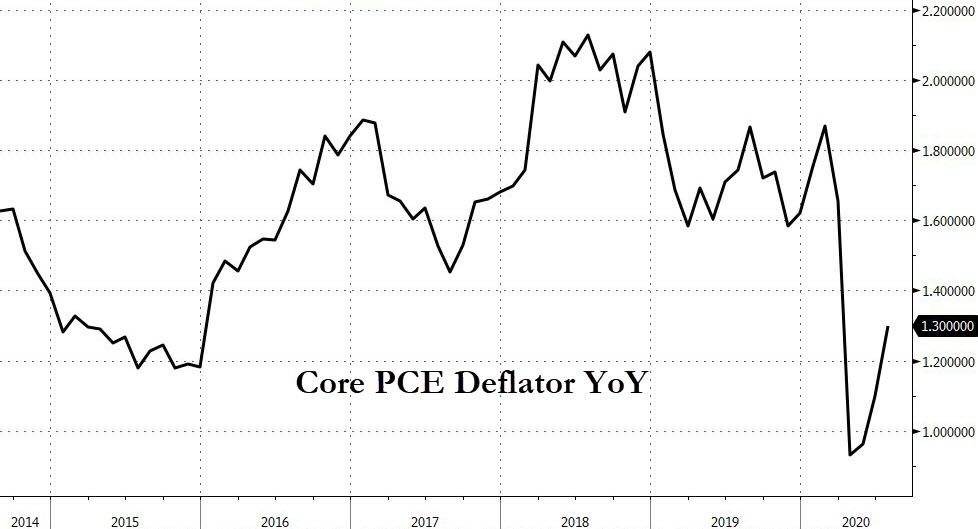 Bear in mind that this data – from July – was before the big handouts all stopped!