Want to work at home? It’s going to cost you…

While the headline this week was mostly that Facebook is encouraging its workers to stay home and that CEO Mark Zuckerberg predicted more than 50% of the company’s employees could be working from home within the next 5 to 10 years, another headline slipped through the cracks.

The company could be cutting pay – or “adjusting compensations” as CNBC so lovingly put it – based on the cost of living of where people will be working from.

“We’ll adjust salary to your location at that point. There’ll be severe ramifications for people who are not honest about this,” Zuckerberg said, hilariously saying that the adjustments were necessary for “taxes and accounting”.

The company said it aims to “aggressively” ramp up its hiring of remote workers and that they will take a measured approach to opening up permanent remote work positions for existing employees.

In addition to combating the effects of the coronavirus, Zuckerberg predicted that the new initiative could help employee retention and will allow the company to hire from talent pools that it previously wouldn’t have access to geographically… 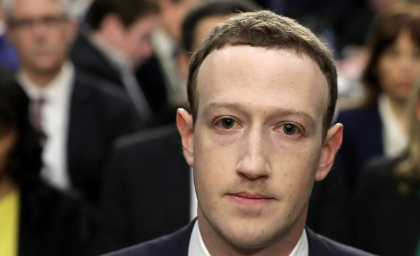 …and of course, he also obligatorily said it’ll allow Facebook to “improve the diversity of its workforce”.

“When you limit hiring to people who either live in a small number of big cities or are willing to move there, that cuts out a lot of people who live in different communities, different backgrounds or may have different perspectives,” Zuckerberg said.

The company will start by allowing existing employees to request permanent remote work if their job qualifies. This group doesn’t include recent graduates or inexperienced employees.

“It’s somewhat of an unfortunate and unsustainable setup for people to have a lot of these jobs they have to move to a small number of big cities,” Zuckerberg said. “We’re going to be the most forward-leaning company on remote work at our scale.”

But we’ll still cut your pay if you move to middle America.